Over the years, women’s cricket has come a long way when it comes to quality of play and increased following. The 2017 Women’s World Cup is a testament to how the women’s version of the sport has evolved. The tournament was thrilling, with people watching every match with rapt attention. It was the first time that DRS was applied to the tournament and the ICC even announced that 10 matches would even be televised onscreen. From England lifting the world cup to Mithali Raj’s record seven consecutive half-centuries, the year 2017 has witnessed many moments being cherished and fascinating records being created.

Check out the top 5 records that were made in women’s cricket this year:

Mithali Raj’s double whammy!
The queen of Indian cricket — Mithali Raj — scripted history during the Women’s World Cup by going past Charlotte Edwards (5992) of England to become the leading run scorer in the sport. She also went on to own another world record — becoming the first batswoman to score 7 consecutive 50s in LOI’s (70*, 64, 73*, 51*, 54, 62* and 71). Though India finished second to England in the tournament, it was certainly a game-changer for Mithali.

Chamari Athapaththu’s gem:
Chamari Athapaththu scored the highest individual score (178) against a full member in women’s ODIs. She made this score against a formidable Australian team during the Women’s World Cup. Chamari scored her runs off 143 balls with the help of 22 fours and six sixes. Ironically, she ended up on the losing side, despite a brilliant play. Though Belinda Clark scored 229 in 1997, it was against an associate nation Denmark.

Was it book-cricket? 4 wickets for no runs!
It may look surreal but South African skipper Dane Van Niekerk created history in the match by becoming the first player (male or female) to take four wickets without conceding a run in any format of the game. Paying against West Indies, it was one of those one-sided group matches. The leggie bowled 3.2 overs and took the wickets of Merissa Aguilleira, Shanel Daley, Chedean Nation and Qiana Joseph to end with figures of 3.2-0-0-4.

WBBL viewership smashes record:
The third edition of the Women’s Big Bash League (WBBL) created records when it came to viewership. The first weekend of the WBBL attracted a peak audience of 629,000 with an average of 422,550 for the prime-time game between the Sydney Sixers and Melbourne Stars — the largest average of any regular season WBBL match. 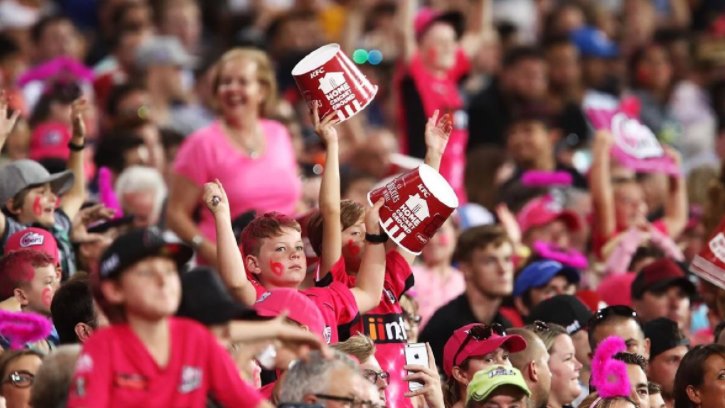 Deepti Sharma’s all-rounder prowess:
The Uttar Pradesh-born all-rounder was one of the standouts for India in the Women’s World Cup. The 20-year old became the first player to score 200-plus runs and take 10-plus wickets in a same ODI World Cup (men’s or women’s) below the age of 21. Also, she registered the highest-ever opening partnership of 320 runs with Smriti Mandhana against Ireland in a quadrangular tournament.

Going by 2017, next year promises many such performances and it seems the eves are finally getting their due.