Virat Kohli, Indian cricket team’s captain revealed the secret behind his unbelievably fit body and how he starts his day to stay fit and keep the flab away. In an interview with Gaurav Kapur on his sports talk show, ‘Breakfast with Champions’, Kohli categorically mentioned that it’s not just about spending hours in the gym but also what you have in your meals throughout the day.

How he starts the day:

The skipper’s day begins with an omelette made with three egg whites and one whole egg with some spinach, black pepper and cheese. The next serving is grilled bacon or smoked salmon followed by Kohli’s fruit bowl which consists of papaya, dragon fruit or watermelon. Kohli concludes the healthy breakfast with green tea with lemon.

It is pretty evident that science comes into play here to assess the food value he intakes. 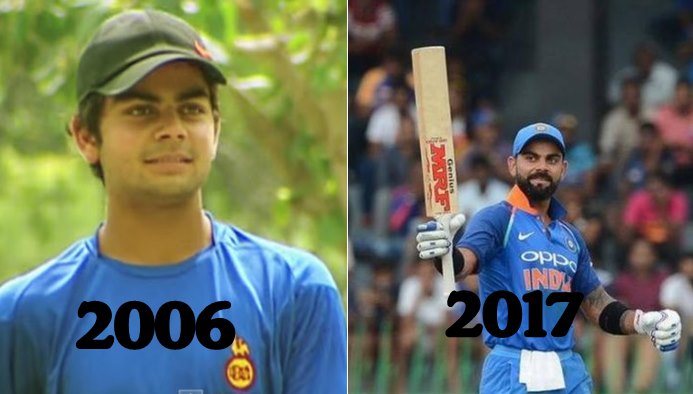 Eat light before you sleep. Kohli religiously follows this and the results are unquestionable.

Meanwhile, India is playing a T20I series against New Zealand at home. The series stands at 1-1, with all to play for in the decider that is slated to be played at Thiruvananthapuram on November 7. Here’s a quick look at the Thiruvananthapuram scenes.

A full house here in Trivandrum for the pre-Match press conference #INDvNZ pic.twitter.com/xatPJibv98

The ground would also be making its T20I debut, which is a big feat! The match starts at 1900 hrs and you can watch the live coverage on Star Sports 1 and 3 (Hindi).