Virat Kohli got out for a duck in the first Test against Sri Lanka at Eden Gardens, Kolkata but he did not miss the action for a single moment. Whether it was cheering for Mohammed Shami from the dugout or signalling a penalty of five runs when Dinesh Chandimal broke the ICC law and did ‘fake fielding’ where Umpires refused to give the runs. Towards the end of Day 3, in the last session when the play was about to be called off due to bad light we saw Captain Kohli bowl, but just for one ball.

Kohli did not bowl on the side pitch but the last ball of the 45th over of Sri Lanka’s innings. He came round the wicket to Niroshan Dickwella and bowled a delivery onto the stumps. Dickwella did not attack that one and was happy to defend it on the back foot. But why did Kohli bowl for just one ball of the over?

The reason behind Kohli taking up the ball was Mohammed Shami. The bowler was struggling with his hamstring. He even went off the fielding for a while to get some attention from India’s physio Patrick Farhart.

In the 45th over, Shami struggled to walk. He was almost limping towards the bowling end because of which he had to leave the field before completing his over. As a result, Kohli had to bowl the last ball of the over in order to complete it. 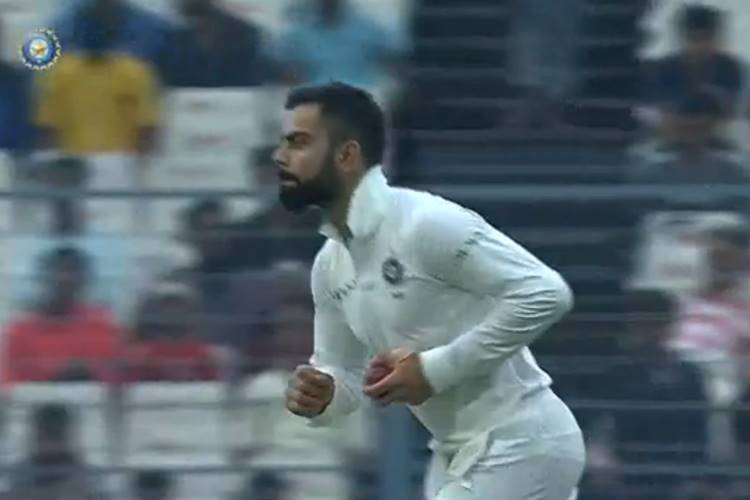 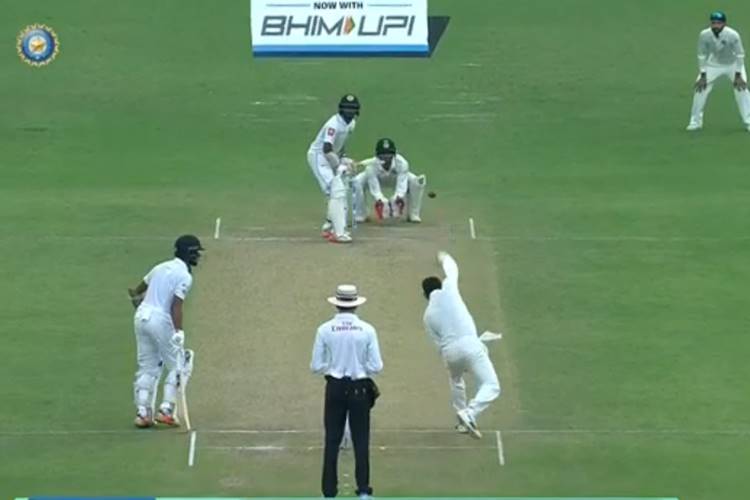 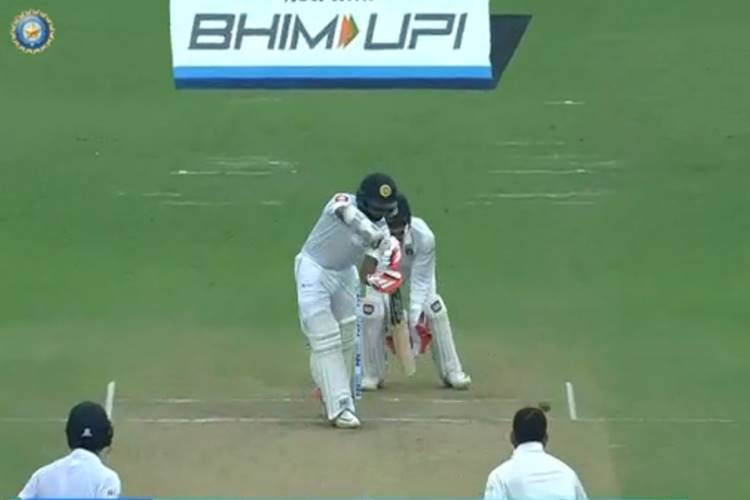 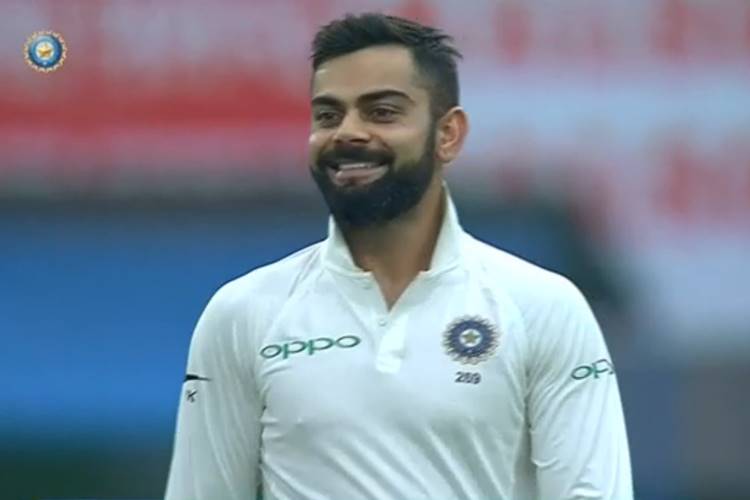 Kohli had a smile on face after bowling, Screengrab: HotStar

Though he did not give a single run off the delivery he just ball and also gave the Eden Gardens crowd some entertainment before the play was called off over an hour prior to the normal time.