Indian captain Virat Kohli is back into business after a few days break following his marriage with Bollywood actress Anushka Sharma in Italy. Virat, who will be leading the Indian side for their South Africa tour starting January 5, on December 27, interacted with India’s U-19 team ahead of their departure for the U-19 World Cup.

The session was organised on the back of a personal request from the U-19 team coach Rahul Dravid to Virat Kohli in Mumbai. During the interaction, Virat gave some tips and shared his experience of leading a U-19 team and lifting the World Cup trophy in Malaysia.

Here are the points which Virat Kohli shared with young clots:

Importance of net session: Practice session shouldn’t ever be a random exercise. If you want to spend time in the nets, then do it only if you have a set goal or target in mind. 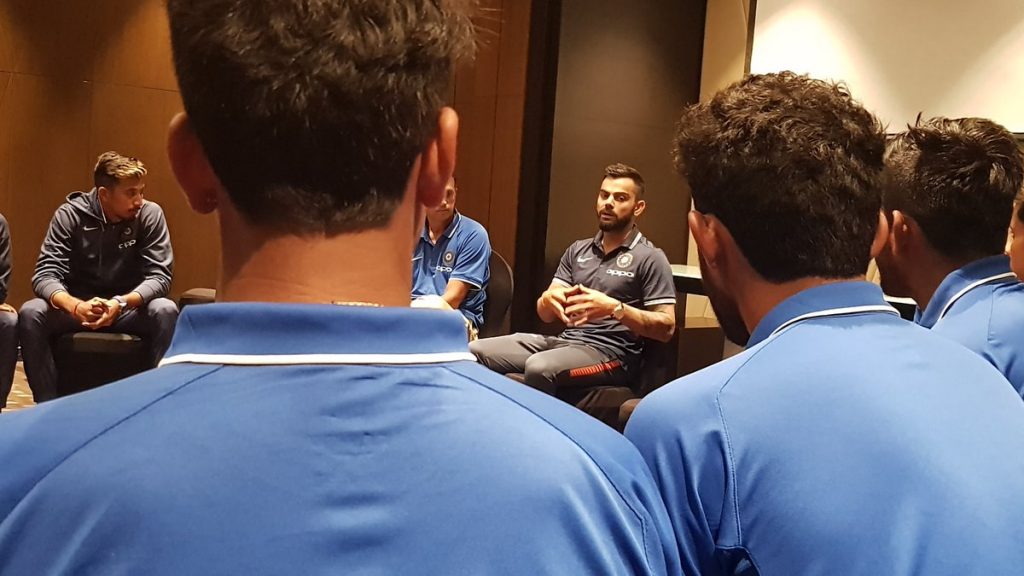 Since Virat Kohli made his debut in ODI cricket in 2008, he hardly missed any net session organised ahead of their matches. He can be seen sweating out in the nets ahead of every encounter.

Chasing down big total: During the interaction, Indian skipper revealed how he took it upon himself from the time he was a kid watching the Indian team falter during run chases on TV. He said that as a child when he used to watch Indian team faltering during the run chase he usually get upset. 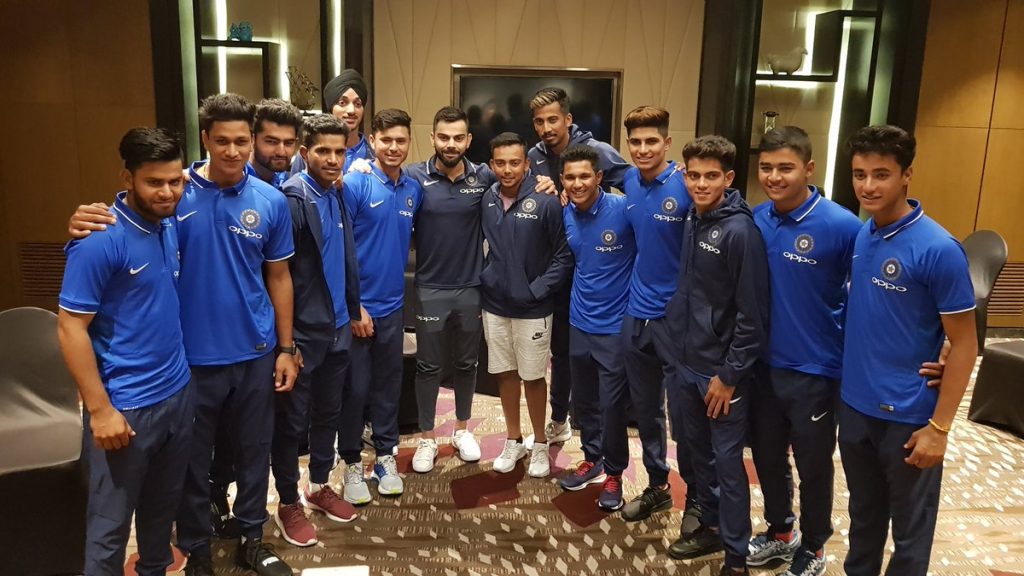 “My preparation to become the best finisher in the world in ODIs started there,” Virat Kohli told the youngsters.

How to handle pressure: Back your strengths and believe that you can get the job done, then the pressure will take care of itself. You don’t have to think about it.

ALSO READ: Brendon McCullum is still as fast as a 20-year-old and this video from BBL 2017-18 is proof

Distraction from IPL auction: Shaw & Co might face a distraction due to IPL 11 auction which will be held during the semi-final stage of the World Cup. When asked about fears of the players being distracted, Kohli said, “You guys will have a World Cup to win. So there’s no question of getting distracted by anything else, IPL auction or not.” 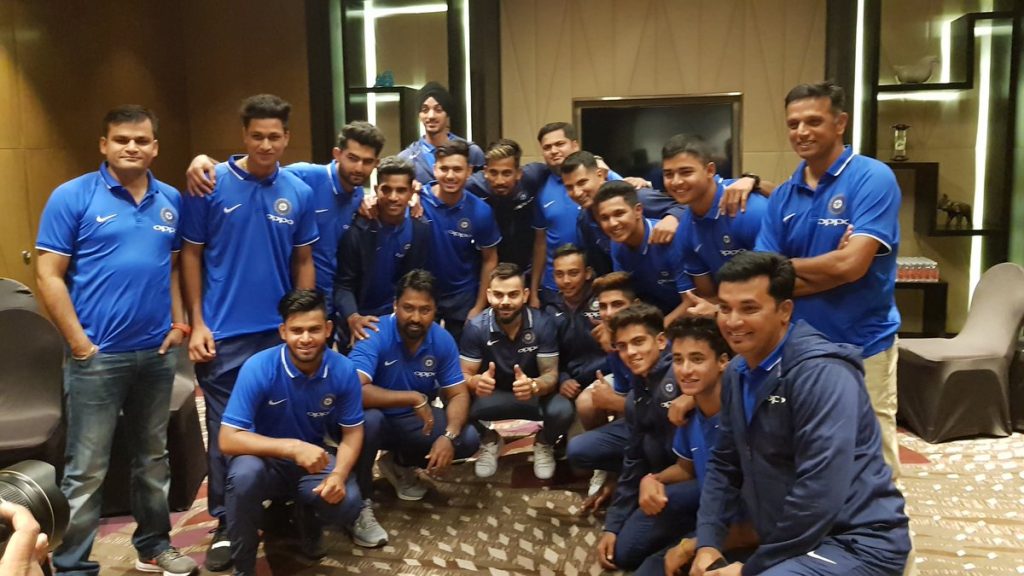 The under-19 Indian team left Mumbai on the same flight as Kohli & Co early Thursday to Dubai. The two parties will then part ways with Shaw & Co set to reach New Zealand for the World Cup starting January 13 while seniors to play 3 Test matches, 6 ODIs and 3 T20Is during their South Africa tour.

#WATCH Virat Kohli and Ravi Shastri address the media in Mumbai before the team leaves on South Africa tour https://t.co/DRaQjaUBzi

Men in Blue have never won a Test series on African soil and they will be now looking to create history under Virat Kohli’s leadership. After winning 9 consecutive bilateral Test series on the trot, Team India is high on confidence and will be looking to keep the momentum going against SA.