A day after their seniors lost the battle in the first Test match at Cape Town, Indian colts led by Prithvi Shaw kicked-off their U-19 Cricket World Cup campaign with a win over the South African team during a warm-up game held in Christ’s College, Christchurch.

India’s U-19 captain Prithvi Shaw won the toss and decided to bat first. Shaw, who came to open the innings for India with Manjot Kalra, started off well before he was caught by Wandile Makwetu off Akhona Mnyaka’s delivery. India lost its first wicket at 54 after 10.4 overs.

Shubman Gill, the right-handed batsman from Punjab failed to disturb the scorers as he lost his wickets in the second ball he faced. India were then struggling at 54-2 after 11 overs. Akhona Mnyaka picked up two wickets of Shaw and Gill in one over. 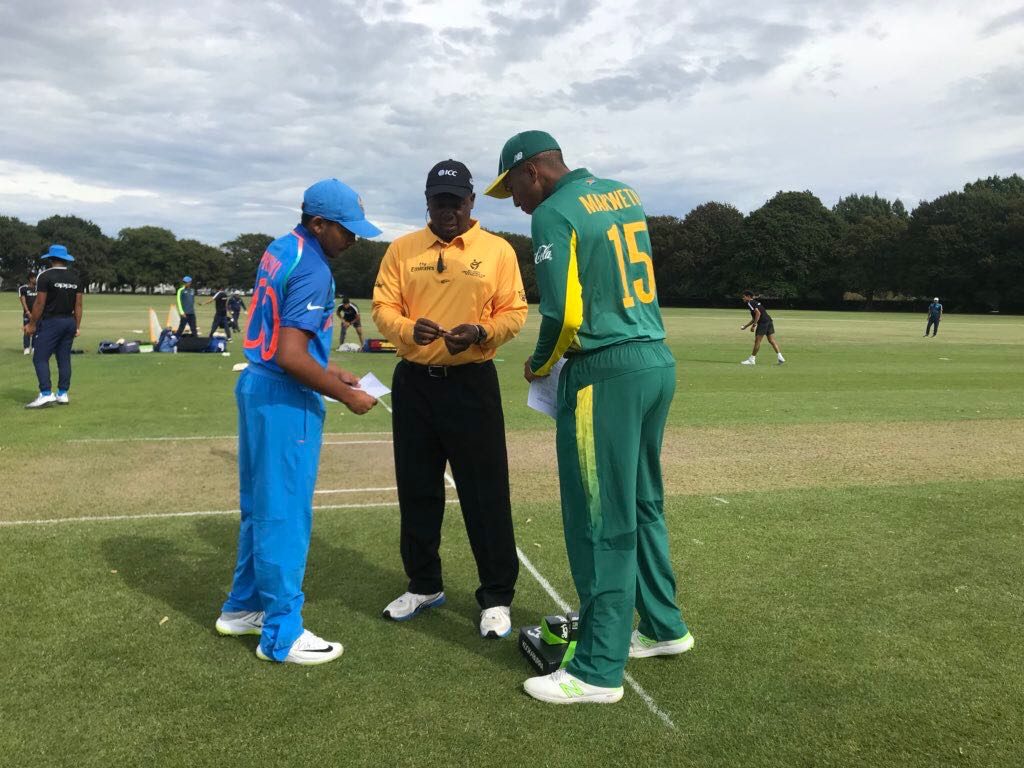 All eyes were on Manjot Kalra and new batsman Aryan Juyal. Manjot tried to release pressure off Juyal who came to bat at No. 4 by hitting a four at the start of the 13th over. While batting on 31, Manjot gave away his wicket after he was caught by Jean du Plessis. Manjot was Akhona Mnyaka’s third wicket. 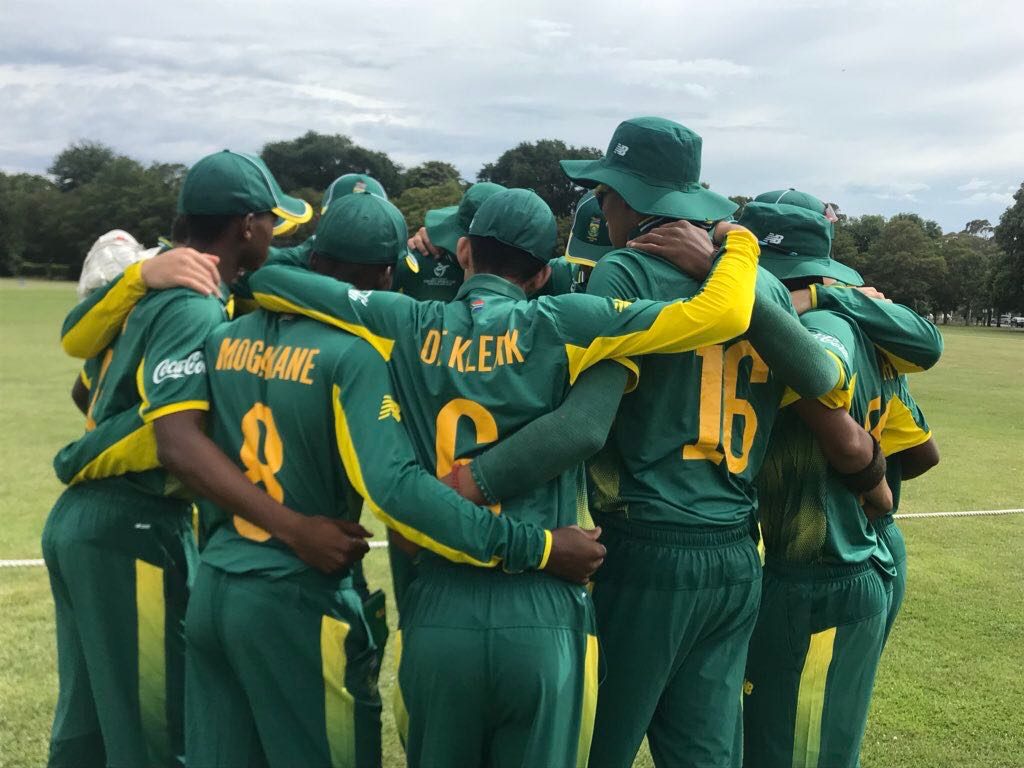 Aryan Juyal along with Himanshu Rana provided his team with the much-needed partnership. Juyal and Rana together put up a 138-run partnership to help India set a decent total on board for the South Africans.

Juyal played a vital knock of 86 while Rana contributed 68 runs from his bat in Team’s total. During their stay at the crease, both the batsman, Juyal and Rana struck 8 fours and 1 six respectively.

For South Africa, Akhona Mnyaka was the pick of the bowlers as he returned with figures of 3/40.

South Africans kept losing their wickets at regular intervals. Jean du Plessis, who came to bat at No. 6 for the South Africans, was the highest scorer with 50.

While chasing 333 runs to win, young South Africans could only manage to put 143 runs as they were bowled out in 38.3.

For India, Ishan Porel was the pick of bowlers for picking 4/23. Kamlesh Nagarkoti and Abhiskek Sharma picked up 2 wickets each.

It’s all over in Christchurch as India U19s beat the #SAU19s by 189 runs in their first warm-up Match. Hard luck boys. #U19CWC pic.twitter.com/8sxYN1zx2Z