The Test, a docu-series jointly produced by Amazon Prime and Cricket Australia, seems to be missing a vital Australian ingredient. And that becomes clear during the show’s sixth episode when former captain Ricky Ponting comes on screen, joining the team as a batting consultant ahead of the 2019 World Cup in England. Having withstood the sullen face of Australian Men’s cricket team for five episodes, after the shameful ball-tampering episode in Cape Town, Ponting’s go-getter vibe almost feels like early spring. If he’s nervous about the team’s progress ahead of the World Cup, he’s doing a great job of masking it. Having been a part of three World Cup wins, he knows how it’s done. He won’t stop until the boys are ready for the big day.

His face is glowing with what many of us believed to be the ‘Australian will’ during our growing up years. Ponting is the face of defiance, arrogance, grit, something most Indian fans were both in awe of, and intensely disliked. Especially after the Sydney Test in 2008. And yet, it’s easy to look back and respect his unrelenting pursuit for glory. No matter how he went about it, there was always a warrior-like mentality to it.

Ponting knows the big occasions, he’s played them too often. And his interviews paint a completely different picture to the likes of Langer’s anxiety-ridden face, Nathan Lyon’s disarming humility, the good-natured sound bytes from Josh Hazelwood and Marcus Stoinis. Ponting is practically the face of the Aussie dominance through the early 2000s. Constantly chewing gum, spitting into both his palms while getting ready to field in the slip or cover region, it would be Ponting who would be the most baffled to see the ‘good boys’ of Australian cricket.

This team clenches its teeth while getting booed by spectators, it shies away from mouth-off battles with Virat Kohli, Lyon even mentions seeing something ‘Australian’ in Kohli’s fierce passion to compete. But what happened to the boys in baggy green? How did the ‘culture’ of a team suddenly change only months after their most brazen chapter of ‘winning-at-all-costs’. It was a mistake, a brain-fade… all right. But it’s hard to believe that Ponting’s ‘anything-to-win’ mantra will be discarded like this.

After Smith, Warner and Cameron Bancroft were caught cheating in the 2018 Cape Town test, the three batsmen were escorted out of the country like ‘criminals’, with a cricket board eager to make examples out of them. The rage against the familiar arrogance of the Australian men’s cricket team blew overnight, with fans making their displeasure known. Following teary press conferences, a ban was announced for all three cricketers. The throne of Australian cricket would soon be bestowed upon Tim Paine, the Timothée Chalamet of Australian cricket. A skinny dude… who doesn’t even *look* King.

With coach Darren Lehman resigning too, the spot for the head coach was to be taken up by opening great, Justin Langer. It’s an uncertain time, there are strict orders to earn the faith of the Australian fans again. No, we won’t see Mitchell Starc walking down the pitch and saying things to the batsman, like McGrath did to Sarwan. It’s the end of an era. And with that chapter closing, it also seems like the individuality of Australian cricket is over with it. Or at least that’s what ‘The Test’ wants you to believe.

Maybe it’s the timing too? The results are still fresh in our mind. Who can forget that hostile spell by Jofra Archer and Chris Woakes, where they were virtually unplayable? But that didn’t seem to be a problem with the Supersport documentary, Crossing The Line, which released only months after the scandal in Cape Town. The Test sheds less light in its eight-hour running time than Crossing The Line did in its brisk 55-minute runtime. Between Steve Smith’s “we-are-like-this-only” type of gamesmanship, and Tim Paine’s “open-the-rulebook-turn-to-clause-four” style, never do we see doubt in the eyes of the young Australians. 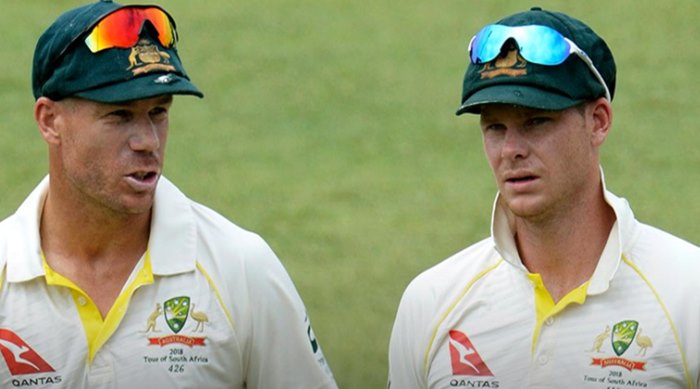 They say what is expected of a ‘reformed’ Australian player. There’s no room for spontaneous banter, like the one Tim Paine encourages in the Perth Test before being silenced by the umpires. There’s no Shane Warne’s cheekiness to get under the skin of batsmen. The Test is almost too perfect to be true. There’s generous amount of praise showered on India and Virat Kohli, almost like Cricket Australia nodding towards BCCI with one eye at the naive Indian fan waiting to eat up the tale of India’s dominance.

During The Test, there’s plenty of “disappointed” Australian players walking into the dressing room, and throwing their gloves at the wall. They almost seem aware of the camera’s presence in the dressing room. It’s almost like they’re acting. We all have a feeling about how the team meeting will go, it’s hardly surprising that a grinder like Justin Langer is only a foot away from using the word ‘process’. The intensity and the good intentions are all there, and yet, The Test never feels as authentic as it probably should.

In fact, the only time the series seems to be digging into something sincere, is when it talks about Adam Zampa and Marcus Stoinis’ “unusual” coffee ritual. Stoinis addresses it by saying that everyone is free to be who they are in the current set-up, and not just live up to the ideal of the big, burly Australian cricketer. Then why do they all sound like a talking flow-chart, Marcus? 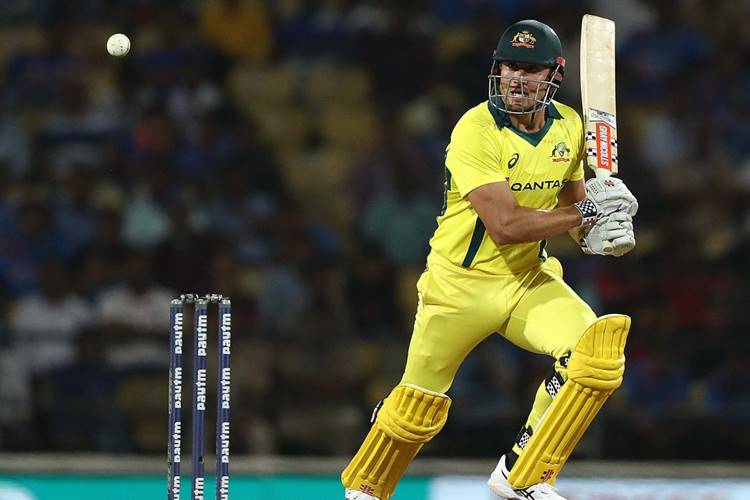 We look towards Australian sports persons for their supreme skills combined with mental toughness. It’s about playing out of your skin, giving it your all and the plain desire to win more than your opponent. Maybe the documentary could have dissected this culture bred into the young sports persons, especially cricketers, where there is no such thing as an ‘honourable loser’. What we end up watching is a bunch of young guys ‘giving it their best’, something that wasn’t even in the lexicon of the Australian sporting manual until a year ago. There’s something missing… just some wicked, off-colour banter typically associated with the Aussies.

This Aussie side might not be the invincible side of the 2000s, but this documentary series also seems to be obsessed with telling us that they’re nowhere near as colourful as their predecessors. The Australian cricket team will eventually get back to its winning ways, but it would be a travesty to lose that ‘Aussie edge’ to a cricket administration’s uniform code-of-conduct. If nothing else, cricket fans deserve a better class of Australian banter.

The Test is now streaming on Amazon Prime.