As we are almost ready to bid adieu to this year, Twitter just released their annual report that gives us all the details about what all hashtags went viral and which specific tweets became the trend setters. Guess what tops the 2016 charts? The ‘Golden Tweet of 2016’ was actually none other than Virat Kohli’s tweet in support of his girlfriend Anushka Sharma.

The Bollywood actress was trolled like crazy by a lot of people on the social media platform for being responsible for Kohli’s dip in form during the ICC T20 World Cup. On 28th March 2016, the 28-year-old Indian Test cricket captain wrote: “Shame on people for trolling @Anushka Sharma non-stop. Have some compassion. She has always only given me positivity.” He also attached a picture with the word ‘SHAME’ written in bold black colour along with the tweet. People lauded Virat for being a gentleman by standing up for Sharma, and thus his tweet was re-tweeted over 39,500 times in addition to being liked by more than 1 lakh people. This also proves that the Indian Twitterati are clearly in love with the couple.

Shame on people for trolling @AnushkaSharma non-stop. Have some compassion. She has always only given me positivity pic.twitter.com/OBIMA2EZKu

“Twitter is a reflection of conversations in India. There are good conversations and other conversations that happen. What was amazing to see is that Virat Kohli stood out as a great role model on Twitter in India standing up for a woman and the safety and defense of her on the platform,” said Maya Hari, Managing Director, Twitter Southeast Asia and India.

Lately, Virat and Anushka have been seen publicly attending events, birthdays, and marriages. The lovebirds sure know how to back each other both on and off the field. 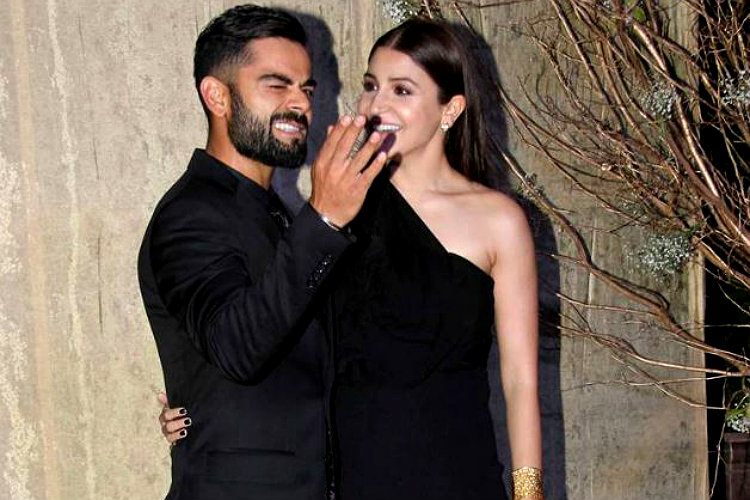 The lovebirds are known as ‘Virushka’