The ongoing Syed Mushtaq Ali trophy witnessed a controversy during a South zone match between Karnataka and Hyderabad on January 11. During the 2nd over of the match, Hyderabad player Mehdi Hasan, who was fielding at the deep-midwicket, stepped over the boundary rope while stopping the ball. At that moment, the on-field umpires didn’t cross-check with the TV umpire and didn’t signal for a boundary while the batsmen took two runs.

Later, in the TV replay, it was clearly visible that Hasan had stepped on the boundary rope. After the innings end, Karnataka skipper had a heated conversation with the umpire which resulted in the revision of Karnataka’s team total. They had scored 203 runs which became 205 after two more runs were added. 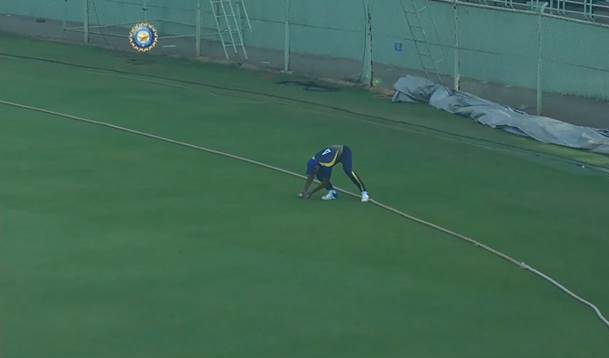 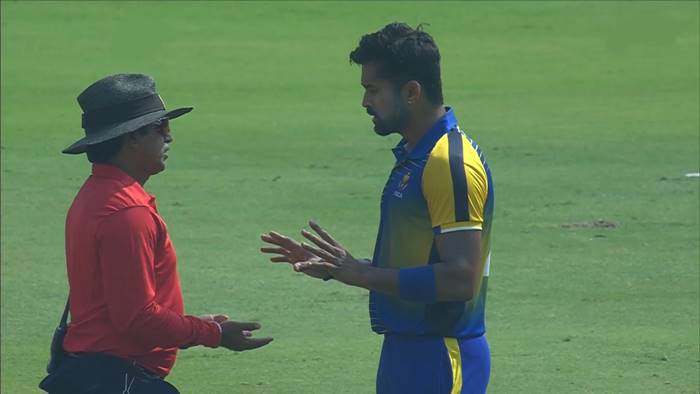 While chasing a target of 206 runs to win in 20 overs, Hyderabad lost the match by two runs — the same number of runs which were added to Karnataka’s total. Rayudu & Co. were not ready to leave the field despite the official signalled a win for Karnataka.

As reported by Cricbuzz, the Hyderabad skipper demanded to play a super over as Rayudu had already informed the umpire that ‘you cannot change the score, we are batting for 204 as our target’.

“That is exactly what I told him and he said ‘we’ll see it at the end, let the match start. The match was stopped for nine minutes, before the second innings. They had no business to stop the match once the target was declared,” Rayudu was quoted as saying.

After the game ended and Karnataka were declared as the winner, Rayudu was seen entering the field in fury. On this, Rayudu said,

“I surely know the rules. If those changes were made immediately then it was unobjectionable. But the changes were made later. Even in case of a no-ball not correctly called, you cannot call somebody back or add the scores. I don’t know what has happened but we were playing for 204. That is exactly what I wanted to tell and we were waiting for the Super Over which never happened.”

The entire episode delayed the next match between Andhra and Kerala which was reduced to 13-overs a side.