Indian cricketer Irfan Pathan hit back at the ‘guardians of morality’ for trolling him after he shared his picture celebrating the festival Raksha Bandhan. Irfan, who is currently out of the Indian Team squad due to poor form, took to his Instagram account to convey to people to stop this ‘nonsense’.

Irfan shared a picture of himself on Instagram and captioned it as: “Using foul language. Talking each other rudely on basis of religion. It shows nothing but ur own learning which some ppl have gathered in their mind over the years. stop this nonsense of putting each other down,” (sic) wrote Irfan.

On August 7, Irfan shared the picture of Rakhi tied to his wrist and within no time he received an outpour of criticism with people calling his act as un-Islamic and even abused him for celebrating a ‘Hindu festival.’ 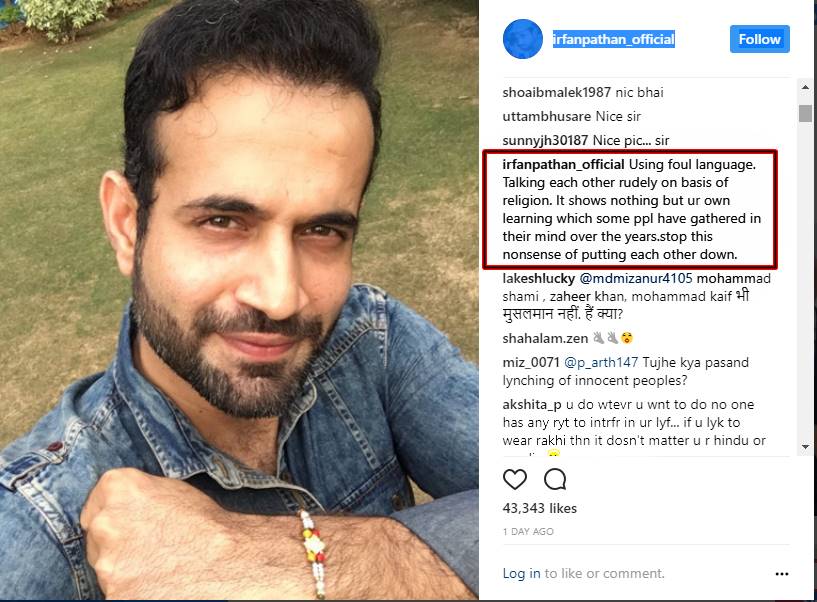 ‘Stop this nonsense’, says Irfan Pathan after being trolled

Besides Irfan, on the auspicious day of Raksha Bandhan, other cricketers like Virender Sehwag, Virat Kohli and Suresh Raina too took to social media to share their special messages for their sisters.

Here are some of the reactions: 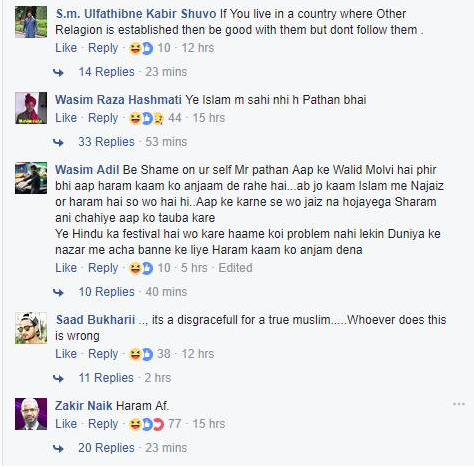 This is not for the first time that Irfan Pathan is being targeted on social media. Earlier this month, the “guardians of morality” targeted Indian cricketer Irfan Pathan’s wife Safa Baig for not covering her face and hands well enough in a photo that he had shared on Facebook. A few conservative social media users shamed her for wearing nail polish and termed it as “un-Islamic”.