It has been a tough Test series for batsmen barring Virat Kohli who has stood out of the lot scoring 544 runs from 8 innings. Not only Indian batsman but the hosts have struggled to score as well.  Shikhar Dhawan too has struggled to score against in bowler-friendly conditions. Dhawan has got starts but has not been able to convert them into big scores. He has scored 158 runs from 6 innings at an average of 26.33. He was even dropped from the side after the Edgbaston Test.

India have already lost the series by 1-3 and will be playing for pride in dead rubber Test at Kennington Oval, London. The left-handed opener was criticised for posting this photo ahead of the fifth Test: 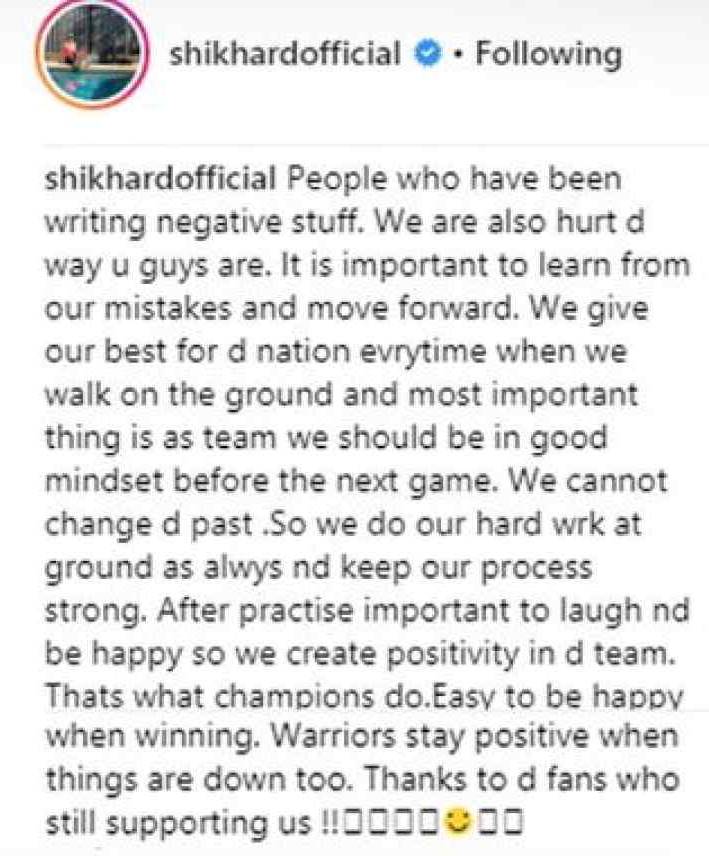 The Sunrisers Hyderabad (SRH) opener got support from his fans too as they backed him to do well in England. At times, fans tend to cross the line while criticising the players for their recent performances. They have a hard time dealing with the loss team suffers which leads to them taking to internet and bashing the player on their social media accounts.