In a proud moment for the cricket lovers, India’s women cricket team captain Mithali Raj on July 12 created a world record as has overtaken former England batter, Charlotte Edwards, to become the highest run scorer in ODI’s (Women Cricket). Mithali achieved this feat during the ICC Women’s World Cup match between India and Australia  at County Ground, Bristol. During this course, Mithali Raj has also become the first batter to score more than 6,000 ODI runs. Mithali created this record while playing her 164th innings whereas Charlotte Edwards took 180 innings to achieve the feat.  It’s time people start appreciating the hard work these women cricketers put to reach what they have done and achieved. The brand of cricket they play is no less than what Virat Kohli led India’s men side has done so far. They have started their ICC Women’s World Cup 2017 with a bang, beating hosts England quite easily. Indian Women Cricket team has no deficit of legends or the one in making.

Though all the players have done well in the international cricket, the few mentioned below have done exceedingly well representing India in an international circuit dominated by England and Australia. 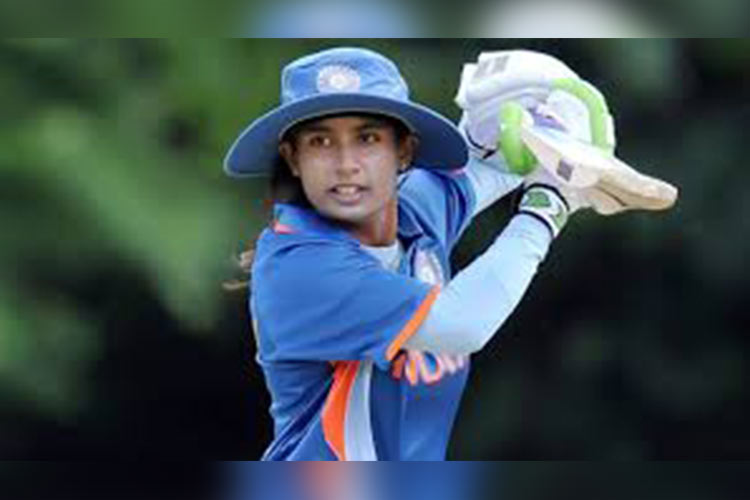 Mithali Raj is the definition of cool and calm. Her swagger is unmatched similar to the talent she possesses to bring down any bowling lineup in the world. She scores the fifties like a walk in a park, reads books on the boundary line, all padded up but not nervous about going out to bat, unlike other players who constantly tap their legs or worse chew their fingernails.

The second highest run-scorer in Women’s ODI cricket with fourth highest average, having scored 5,852 runs in ODIs she is just 141 runs short of becoming the leading run scorer. This is a feat she might be able to accomplish in this edition of the World Cup only given the staggering form she is in. With Mithali leading the side which probably can be her last World Cup, she might be able to end the dominance of Australia and England in the World Cups. 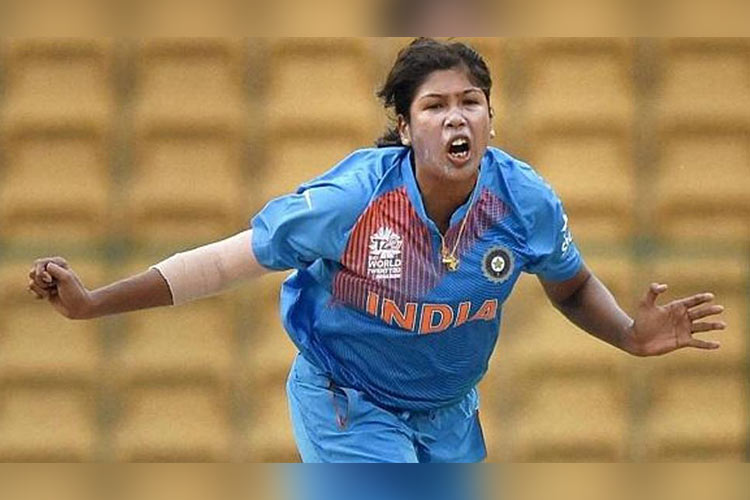 What Mithali Raj is to Indian batting, Jhulan Goswami is to Indian bowling. The highest wicket-taker in ODIs, a feat she recently achieved overtaking Australian fast bowler Cathryn Fitzpatrick. She has taken 185 wickets in ODIs and might also become the first one to reach 200. The tall frame of 5′ 11” gives her an advantage over other players as she can extract pace and bounce from the pitch on a regular basis.

She is clearly a legend in the game and has contributed to the team for over a decade and a half, this might be her last World Cup as well. It would be a great last World Cup for her if she gets to lift the trophy for the first time. 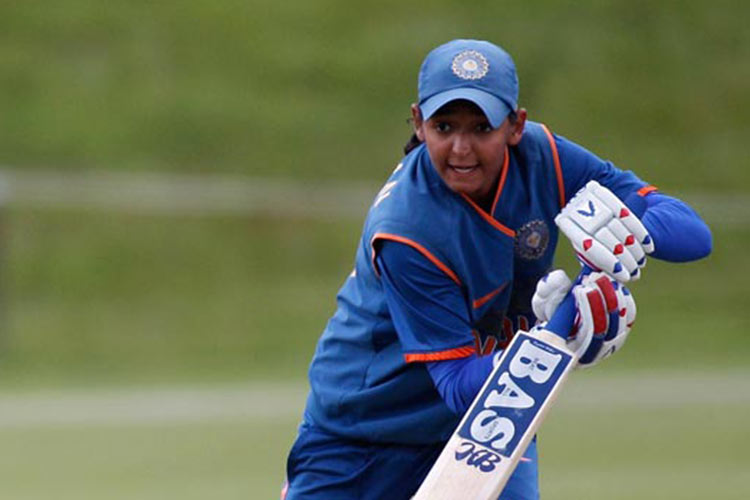 Mithali Raj’s legacy in Indian Cricket is on the shoulders of Harmanpreet Kaur, the fiery batter has led the side in her absence in 2013 as well. Harmanpreet has already replaced Mithali Raj in the T20 circuit as the captain. Harmanpreet Kaur is one of the fiercest batters the World Cricket has ever seen. She dispatches the ball off the middle of the bat with such disdain which has worked wonder for India on several occasions.

Harmanpreet scripted the highest run chase in the history of Women ODIs against Australia in January 2016 with a super fast 31-ball-46. She is the first cricketer from India to play in Big Bash League. She has performed wonderfully well for Sydney Thunders and played a few quickfire innings there as well. 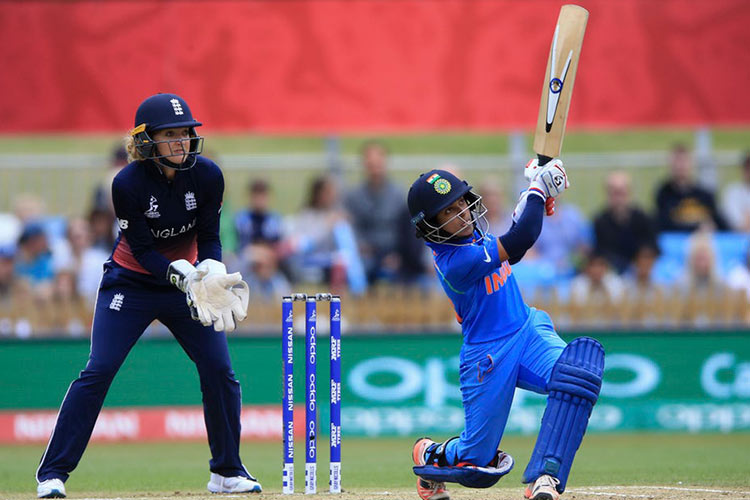 Smriti Mandhana, the girl who has been compared to former Indian Men’s skipper Sourav Ganguly, she wearing glasses to bat was one of the reasons. The young Indian opener plays the new brand of cricket as she pounces on every opportunity to score, she has replaced glasses with contact lenses but not her distinct style on the pitch.

The brutal hitter does not refrain from rocking on the back foot and hitting the ball wherever she wants to. Her pull shots are a joy to watch. Her 72-ball-90 in the World Cup 2017 opener is the reason that the 20-year-old is a bright prospect for India in the years to come. 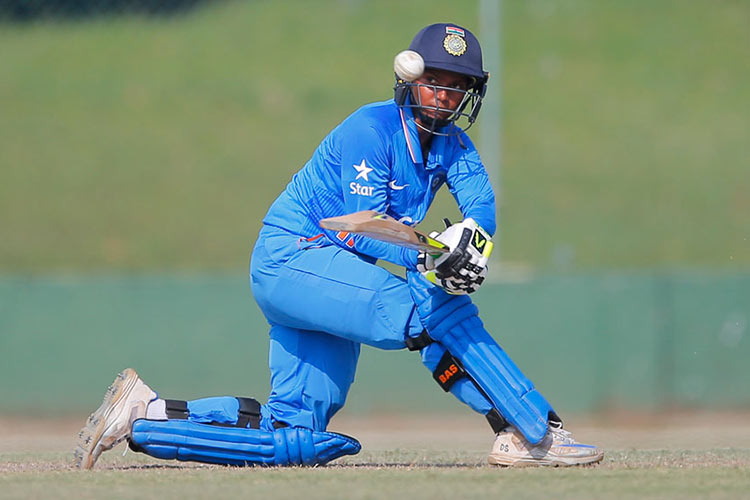 One of the rising stars of World cricket Deepti Sharma has the second-highest ODI score in an inning. The 20-year-old scored 188 and also stitched a world record partnership of 320 with Poonam Raut earlier in 2017. Deepti has a decent strike rate and scores at an average of 49.66 in ODIs. With Smriti Mandhana back in the side, she was demoted down the batting order but that did not have much impact on her performance.

Not just batting, but, Deepti can bowl well too. She has already taken 31 wickets from 22 ODIs. She can be lethal at times which she has proved in the past. She even has a 6-wicket haul to her name. Deepti initially used to be a right-handed batter in her training days but gradually adapted the left-handed batting style. Deepti is a big fan of Indian batsmen and Gujarat Lions skipper Suresh Raina, particularly for his trademark, inside-out shot. 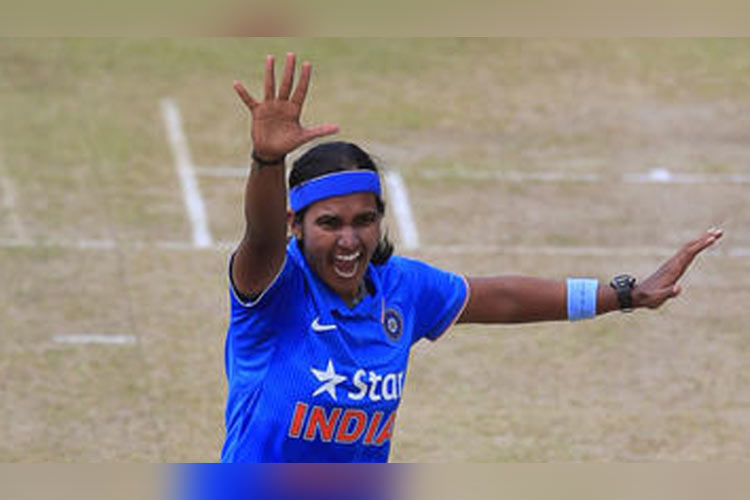 One of the best strike rates in ODIs, Shikha Pandey has a strike rate of 95.17. She is a perfect definition of a middle order all-rounder. She can hit the ball furiously getting crucial runs when given a platform or rebuild an innings after a batting collapse. Only a few know that she is an officer in Indian Air Force and went back and forth with her job and playing domestic cricket to fulfil her dream of playing for India. She has taken 39 wickets in 26 ODIs, the Goan player is surely a dependable player in the side. 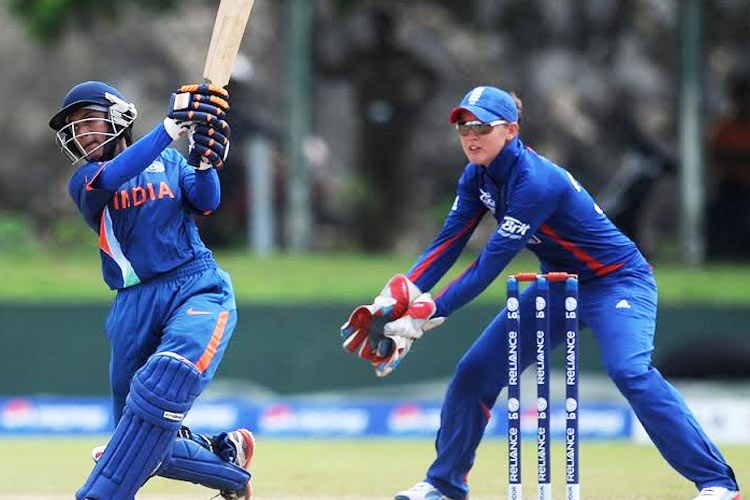 Punam Raut was a contributor in the World Record partnership of 320 earlier in June 2017. She scored 109 from 116 balls in the mammoth partnership against Ireland. She is more of a conventional batter and does not like to slog the ball for runs. She works her way through and anchors the innings giving the other batter a chance to take risks.

She scores at an average of 31.80 and a rather ordinary strike rate. But, when it comes to T20Is she changes her game instantly, scoring at a brisk rate. She is fine form in the ICC Women World Cup 2017 having scored an half-century in the first match.