Cricket traditionally is a gentleman’s sport and any kind of vulgarity is not expected on a cricket field. But with so much of high-octane cricket being played, being in control of one’s emotions during that period seems difficult and sometimes impossible. That is when the umpteen cameras catch you off-guard and the candid moments captured become one of the most embarrassing moments of the player’s life. Here is a compilation of seven such moments on the cricket field.

Full disclaimer: Most of the incidents listed here were not intentionally carried out.

1. Virat Kohli and the FINGERGATE:

Indian captain Virat Kohli is not someone who takes nonsense lying down. The incident happened in 2012 when the Indian team toured Australia. It was the second day of the Sydney Test. It was an abusive crowd at SCG, they were going after Virat trying to shake him out of his form. In an unprecedented move, Virat lost his cool and showed the crowd his middle finger – an incident Virat would like to forget. 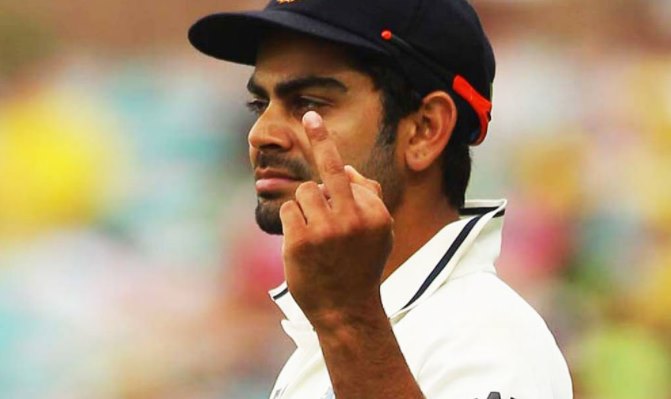 2. Shahid Afridi and his TITANIC kiss:

The incident happened in a match against India. Afridi had just got the wicket of MS Dhoni in an LBW. The freak incident happened eight years ago in 2009. It was a Champions Trophy game. But we understand that Afridi did not do it on purpose.

This happened in India during 2016 World T20 tournament. The incident took place in the match between Australia and New Zealand. Adam Zampa was set to make his debut after receiving the cap. While the teams stood in a straight line together and the national anthems were being played, Usman Khawaja was spotted squeezing Zampa’s butt, not once, but kept on doing it. The video instantly went viral.

This too happened during the 2015 World Cup. Mashrafe Mortaza and Taskin Ahmed did a chest pump after dismissing Ajinkya Rahane. The act, a kind of mosh straight out of a rock concert, is gradually becoming their trademark. But media saw the other side of the act and mocked the act. That emotion also indicated Bangladesh’s rise in world cricket. Today, they are no more the underdogs. 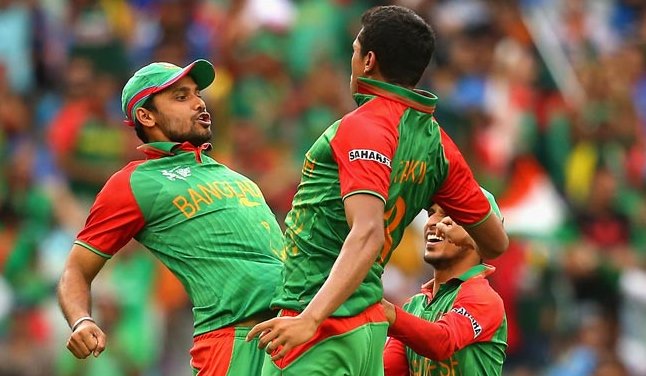 5. Shakib-al-Hasan in the ACT:

Senior cricketer of Bangladesh, Shakib, in 2014 was banned for 3 matches after he was caught in a lewd act in the dressing room. This happened during the second ODI against Sri Lanka. He was fined $3800. Shakib was also summoned to appear before a disciplinary committee on the eve of the final ODI against Sri Lanka. 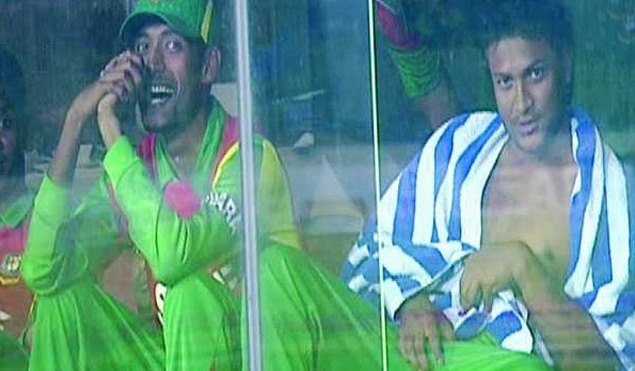 Shakib al Hasan was also fined $3800 for this indecent behaviour

This is another incident involving Shakib-al-Hasan and it took place in 2010. Bangladesh was hosting South Africa at home. After the hosts won the match, Hossain wanted to do a victory lap, when he suddenly found an enthusiastic Shakib wanting to give him company. They certainly could not evade the camera on this occasion and Shakib was captured trying to grab Hossain’s private part. 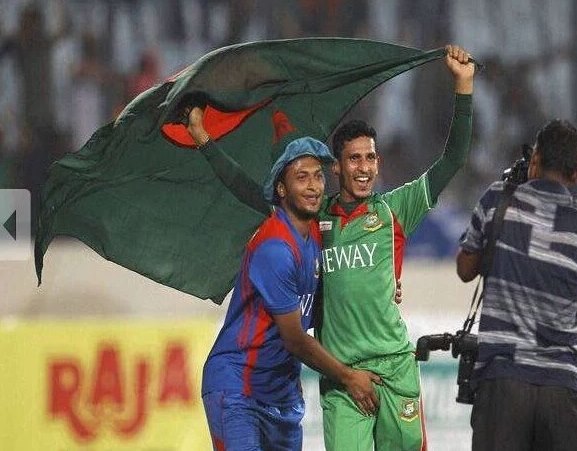 Shakib in the act!