After a convincing 3-0 series win against England in the last match at Mumbai, Virat Kohli led Indian cricket team are in Chennai for the last and final Test. While cyclone Vardah has disrupted Chennai’s connectivity and the city has come to a standstill without any net, the cricketers have found a better alternative to keep themselves engaged. Captain Kohli, Karun Nair, KL Rahul, Cheteshwar Pujara and R Ashwin were playing FIFA 17 during their spare time.

Karnataka cricketers Karun Nair who is a new addition to the Indian Test squad, tweeted, “When the weather pulls you down with No Network & Wifi #GameOn #Fifa17 #squad #relaxed.” 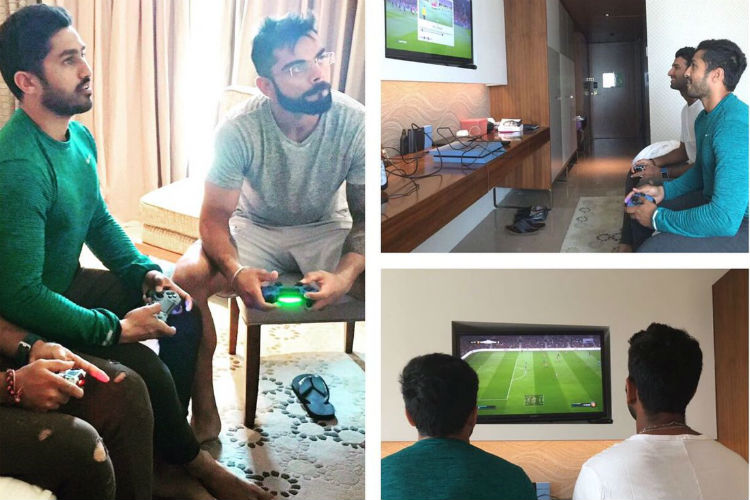 So, which team do you think our stars would be competing with? While it is easy to guess who Virat Kohli and KL Rahul would be backing, it is difficult to predict about others. As far as international teams are concerned, Kohli whole-heartedly supports Germany. When Euro16 was underway, Kohli had tweeted, “Excited for #Euro16. I’m all in with Die Mannschaft for the Euros! Which team are you supporting? #FirstNeverFollows.” If Kohli would have picked an international team while competing with his teammates, it would surely be Germany.

Excited for #Euro16
I’m all in with Die Mannschaft for the Euros! Which team are you supporting? #FirstNeverFollows pic.twitter.com/iAGbAE1r4N

Kohli, who is a big supporter of Portugal captain Cristiano Ronaldo, in an interview shared that he supports whichever club Ronaldo plays for. So Kohli may have picked Ronaldo’s Real Madrid CF or Chelsea FC as the Delhi lad is closely associated with the Premier League outfit. Kohli, an ardent follower of the sport, co-owns football franchise FC Goa in the Indian Super League. 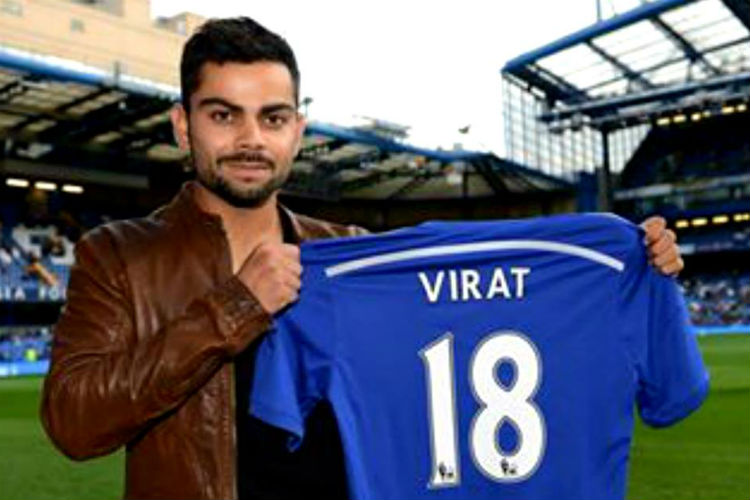 Opening batsman KL Rahul is a die-hard fan of the Red Devils so it is but obvious that he would have picked Manchester United FC for the challenge.

It was late but deserved for #MUFC! https://t.co/Sb2VCJ0EiI

It’s not just that they are good with the consoles, the cricketers play football against each other during practice sessions. Charity matches between celebs and cricketers have also been contested where cricketers have showcased their class on the football field.

ThankYou everyone who took time out for the game.Your support means a lot for #ViratKohliFoundation
All Heart Always pic.twitter.com/p9sYA53Urp