After winning the third Test at Mohali, India have attained an unassailable lead of 2-0 in the five-match series. With the win, captain Virat Kohli has entered the record books to become the third Indian captain with the longest undefeated streak. While Kohli would be eager to seal the series in the next match itself, team combination for the next game would be critical. Before the third Test began, wicket-keeper Wriddhiman Saha was ruled out of the game due to injury on his left thigh. As a replacement, Parthiv Patel was included in the squad and his selection was questioned by many.

With impressive performances, Patel has made it a difficult for both the captain and the selectors as to who they should opt for. Patel scored 42 runs in the first innings and made 67* from 54 balls. He also has 4 catches and a stumping to his name. On the other hand, Saha, India’s first choice keeper hasn’t contributed much with the bat in the ongoing series against England. In 2 Tests, he has scored 49 runs in 4 innings at an average of 12.25. He has taken 6 catches and has been involved in a run-out.

While both the keepers have dropped catches and haven’t performed to their full potential, Patel has performed better with the bat. The big question is would India retain Parthiv Patel or go with Saha in the fourth Test that would be played in Mumbai from December 8 onwards. In a poll conducted on Facebook on the same, 130 viewers responded as to who they would pick. 121 viewers backed Parthiv Patel given the current form he is in while only 8 rooted for Wriddhiman Saha. 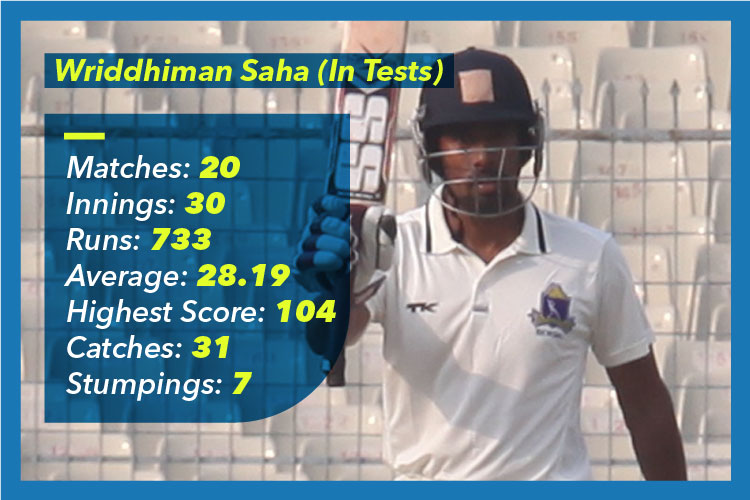