Indian star speedster Mohammed Shami is currently playing the third and final Test against South Africa in Johannesburg while his family in India had to face a huge humiliation during an event. The ‘Khel Samman’ awards were organised by the West Bengal state government at the Netaji Indoor Stadium in Kolkata which was attended by Shami’s family members, including his wife. However, the way they were treated was highly disappointing.

According to a report by xtratime.in, the Bengal state government sent an official invitational to Mohammed Shami and said that he would be receiving ‘Khel Samman’ award on January 24. Shami and his family were requested to be present at the venue by 12 noon. Since Shami is currently busy playing the Tests series, his family went to the event. 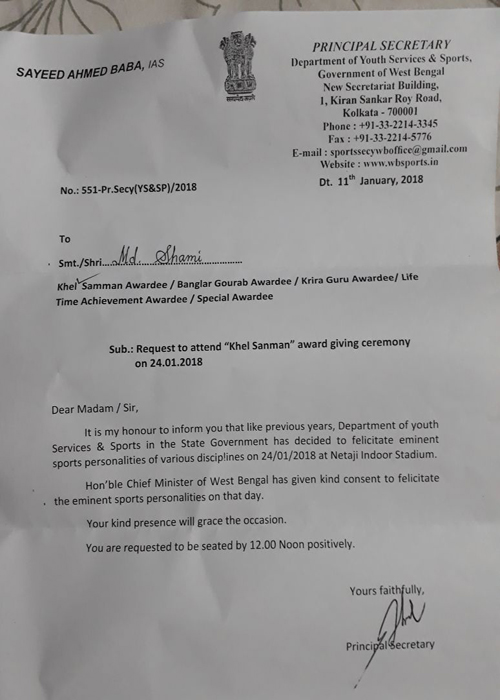 As learned from reports, despite receiving an official invitation, Shami’s family members were not asked to come up on the stage to receive the award. Feeling terribly insulted and embarrassed, Shami’s family decided not to make too much of the courtesy.

ALSO READ: Ahead of IPL 2018 auctions, Gautam Gambhir speaks about being released by KKR and other issues

Reports also quoted the words of a close family friend of the Indian pace bowler who said that Shami has been the pride of Bengal. He always respected West Bengal and considers it as his own state. This gesture of the state government has left his family members upset.