Nagaland women cricket team were bowled out for just two runs in a domestic tournament. Nagaland women team achieved this unwanted feat while playing against Kerala in the U19 One-Day League, organised by the Board of Control for Cricket in India.

Earlier, Nagaland won the toss and they decided to bat first at JKC College ground in Guntur. According to Cricinfo, the two runs Nagaland scored- one off the bat of opening batsman Menka and another in the form of a wide – came before the start of the sixth over.

For Kerala, skipper Minnu Mani was the pick of the bowlers as she scalped four wickets without even conceding a run in four overs. Aleena Surendran was the only bowler to concede runs.

In reply, Kerala achieved the target in the first ball itself after opener Ansu Raju smashed a boundary after the start of the innings with a wide. 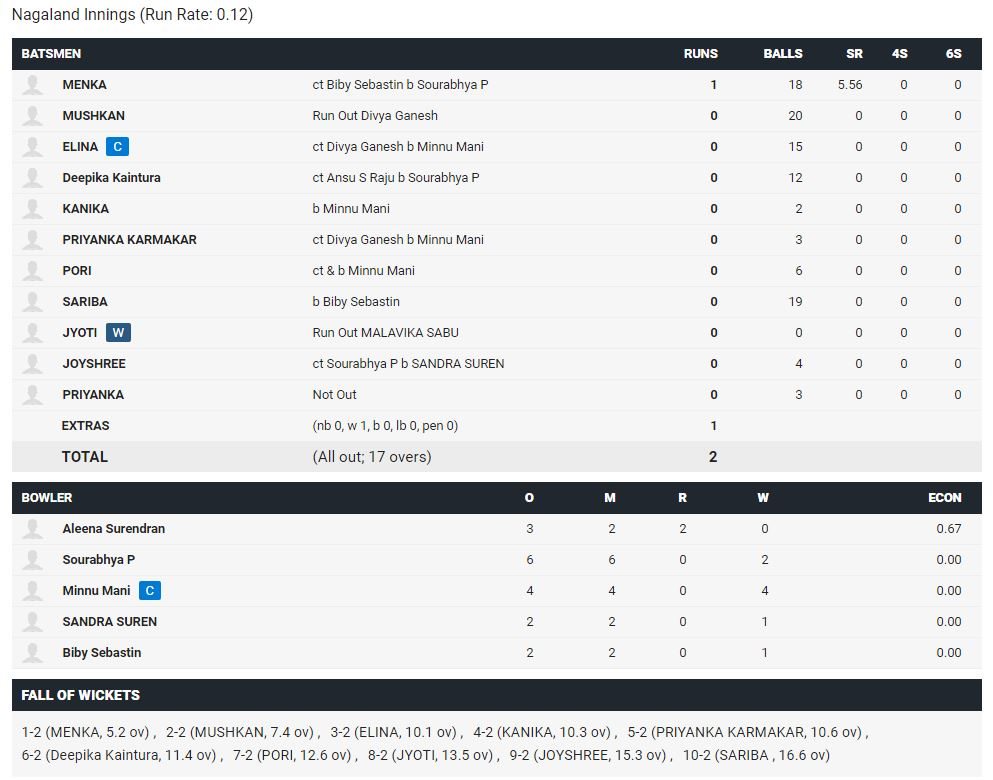