Women cricketer Smriti Mandhana, who has become a household name in India after her heroic 90 and 106 (not out) run knocks against England and West Indies respectively at the recently concluded ICC Women’s World Cup, has received a special message from her idol and former Sri Lankan captain Kumar Sangakkara.

Earlier, Smriti Mandhana, in an interview with a leading sports magazine ‘Sportstar’, had mentioned that she grew up watching former Indian captain Sourav Ganguly and that she admires and relates to Kumar Sangakkara.

“Whenever I feel that I am not batting the way I should, I watch videos of Kumar Sangakkara. I like his batting style. I also admire Ganguly, but it is Sangakkara that I relate to,” India’s left-handed batswoman Smriti Mandhana had earlier told Sportstar.

“I haven’t really watched Ganguly bat a lot in my young days, whereas, Sangakkara has been an inspiration. I try and play a cover drive like Sangakkara. Earlier, I used to copy my brother’s batting style. But watching Sangakkara’s batting videos give me a fair bit of idea on how I should improve. I have never met him, though I really want to. Trust me, the day I meet him, I will only talk to him about batting,” Smriti added.

Following this, the legend from the island nation has responded and said that he is humbled to have been mentioned by the Indian player.

“Please convey to Smriti my thanks for mentioning my name. I was humbled to have been mentioned by such a wonderful player as she is”, Sangakkara said as reported by Sportstar.

Earlier, Smriti Mandhana received Maharashtrian style welcome after she returned home from the tournament to Maharashtra. 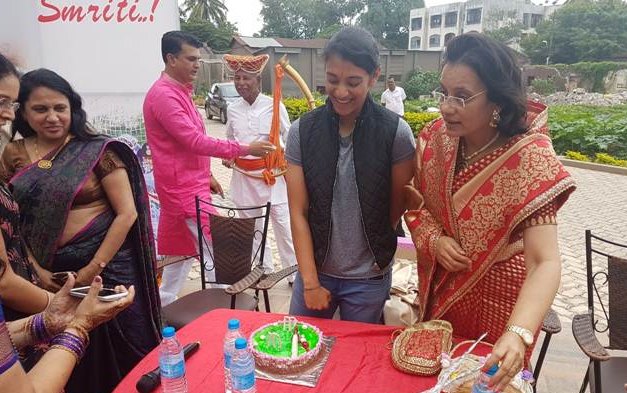 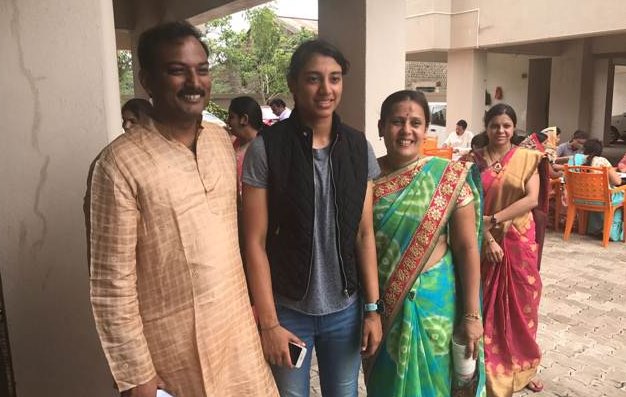 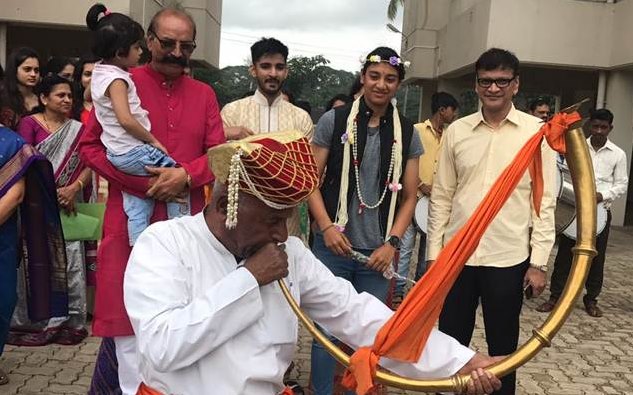 Smriti Mandhana, right from the beginning of the tournament, took social media by storm after she scored the two big knocks. She became a rage on several social media platforms not only for fetching bravado but also because people noticed her for her pretty looks.