Jemimah Rodrigues smashed her way into the record books with a 163-ball 202-run knock (not out) in an ongoing U-19 ODI tournament. Jemimah’s breathtaking innings helped her team to a whopping total of 347 for 2 in the allotted 50 overs against Saurashtra. Jemimah played her innings to perfection and stepped on the accelerator after breaching the half-century mark. She also stitched a 200-run partnership during her massive innings.

After scoring 178 against Gujarat, I realised that 200 is possible. The aim was to play as straight as possible and not commit any silly mistake.

Her coach Dadarkar said that Rodrigues was the captain last year too and led the team to the national U-19 women’s title. He also said that he pushed her to cross the double ton mark.

As the cricket world is still trying to discover the new pin-up girl of Indian cricket, we list out five interesting facts about the new kid on the block.

3. Plastic ball cricket: She started playing cricket, like many of us, with the plastic ball. Soon she transitioned swiftly into deuce-ball cricket. She was first selected for Mumbai U-19 at the young age of 13. 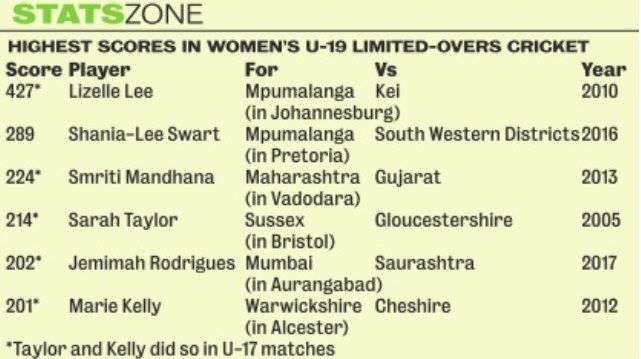 5. Staggering 320 average: As compared to Bradman’s 99.94 which is considered as the benchmark of averages in cricket, the class XII student’s average in the same U-19 tournament last year was a staggering 320. 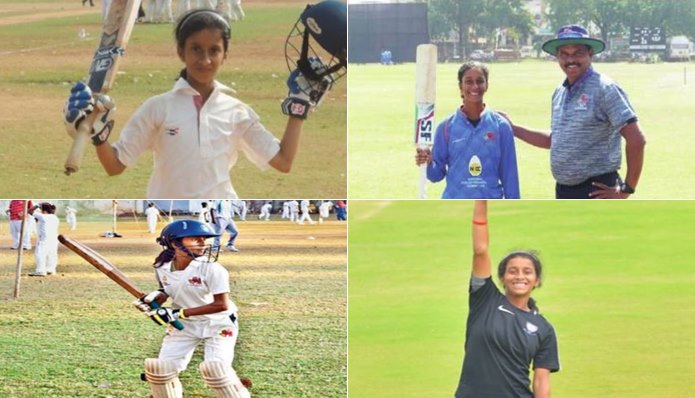 With her staggering double ton, we may just have a player who may one day be a part of the national team when Mithali Raj calls it a day.