The Pathan brothers have been out of the Indian cricket team for quite some time now. However, they still actively participate in the Indian Premier League (IPL). In the ongoing season, while the elder brother—Yusuf Pathan—is spending his summer in the Sunrisers Hyderabad (SRH) camp, his younger sibling—Irfan Pathan—has been inducted in the Hindi commentary team by the broadcasters alongside Jatin Sapru, former Indian speedster RP Singh and Indian spinner Pragyan Ojha.

Irfan, who was one of the most successful speedsters for India, could not crack an IPL deal this year. But it seems, he is performing flawlessly in the Hindi commentary box. He is receiving praise on social media for his work and recently, Yusuf also complimented him by stating that he is ‘loving’ his commentary.

Loving your commentary @IrfanPathan . It never seemed like your maiden stint. Hoping to listen more in the coming games. #IPL2018 @IPL pic.twitter.com/vACmgFTNkX

When SRH last played Mumbai Indians (MI) in Mumbai, the Pathan brothers were spotted hugging each other on the ground before the play. Later that day, SRH beat MI by 31 runs. 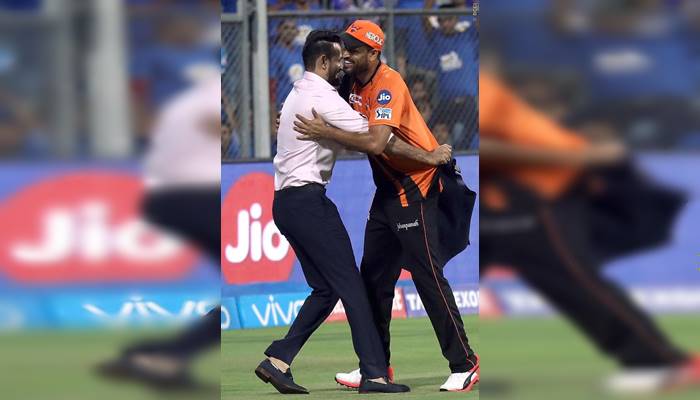 Bromance: Irfan And Yusuf Pathan at the Wankhede/ Photo: BCCI

It has been a good journey for Yusuf Pathan and the Orange Army. SRH are currently at the third position on the points tally while Yusuf has proved to be quite dependable, playing on several crucial occasions recently. He has played 6 matches in the ongoing tournament and has scored 124 runs and has hit 6 sixes and 10 fours.

Tonight, they are going to face Kings XI Punjab (KXIP) at the Rajiv Gandhi International Stadium, Hyderabad in the IPL 2018 Match Number 25.