The 11th season of the Indian Premier League is set to kick-start on April 7 at the Wankhede Stadium in Mumbai. Defending champions Mumbai Indians (MI) will be taking on two-time IPL champions Chennai Super Kings (CSK) to start India’s own T20 league. The match between MI and CSK will start at 8:00 PM. The toss will be held at 7: 30 PM. Before the inaugural game, Varun Dhawan, Parineeti Chopra and Jacqueline Fernandez will perform at the opening ceremony of IPL 2008.

Before the start of the IPL season 11, let’s have a look at some interesting stats from the last ten seasons of the cash-rich tournament. 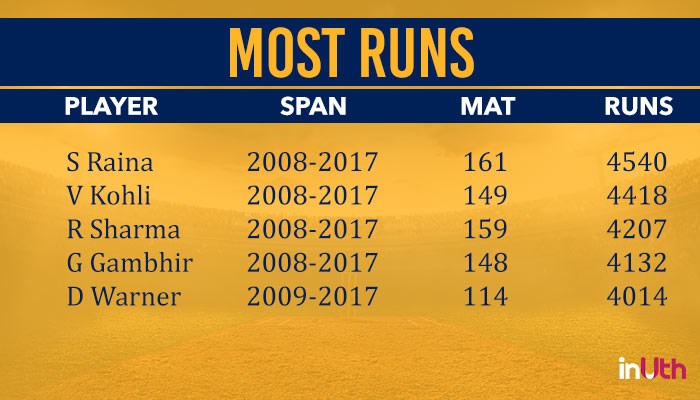 Chris Gayle, who will be representing Kings XI Punjab in this IPL season, is the at No 1 on the list of highest individual scores with 175 not out. He achieved this milestone while playing for RCB in 2013. Brendon McCullum is at No 2 with 158 not out. 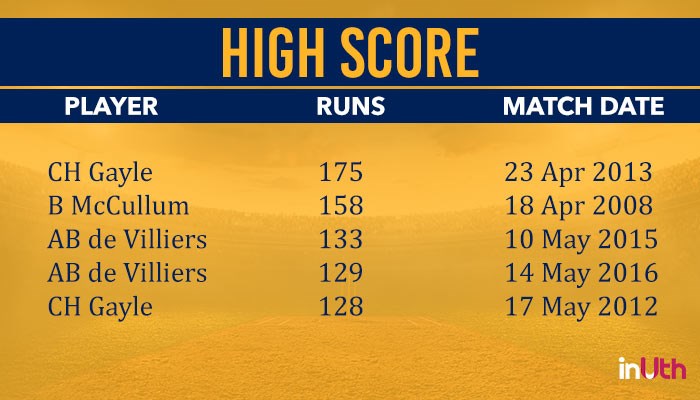 Chirs Gayle is again leading the list of most sixes by a batsman. In 101 matches so far, Gayle has cleared the ropes for 265 times. Suresh Raina is at No 2 with 173 sixes to his name.

With 154 wickets in his kitty, Lasith Malinga is the No 1 bowler on the list of most wicket takers. Amit Mishra is at No 2 with 134 wickets to his name. 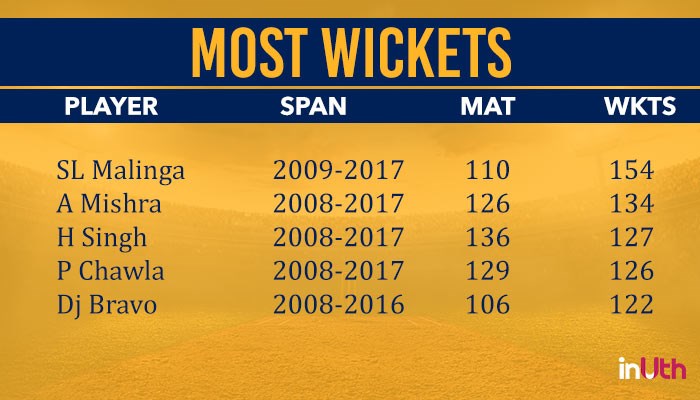 Best Bowling Figures In An Innings:

Sohail Tanvir with 6 wickets in a match against Chennai Super Kings in 2008 season of the IPL, is at No 1 on the list. Adam Zampa is at No 2 with a same number of wickets but with a higher economy rate.

Sunrisers Hyderabad strike bowler Amit Mishra is at No 1 with most hat-tricks in IPL history. He claimed three hat-tricks so for. Below is the list: 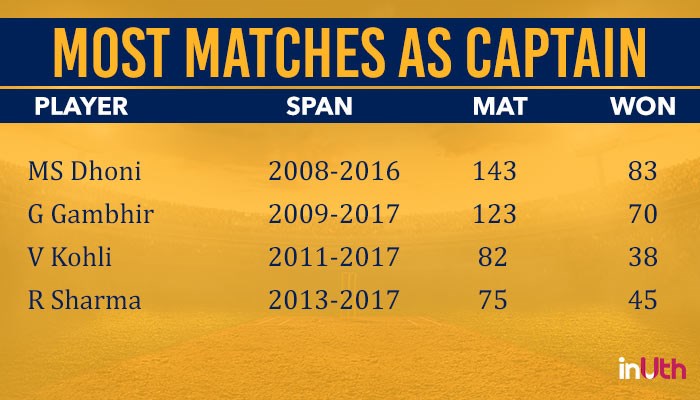 The IPL 2018 season will continue till May 27 with finals being played at the Wankhede Stadium.