Mumbai Indians (MI) pacer Jasprit Bumrah reacted on Royal Challengers Bangalore (RCB) batsman Virat Kohli’s ‘edge’ controversy, saying he came to know from the dugout that the RCB skipper that the ball had edged Kohli’s bat and he was actually out.

The incident happened in the 14th over of RCB’s innings, when Bumrah bowled a back-of-the-length delivery to Kohli which he edged to wicket-keeper Ishan Kishan.

Bowler and wicket-keeper both went for an appeal but on-field umpire Nitin Menon ruled the decision in favour of the batsman and called it not-out. 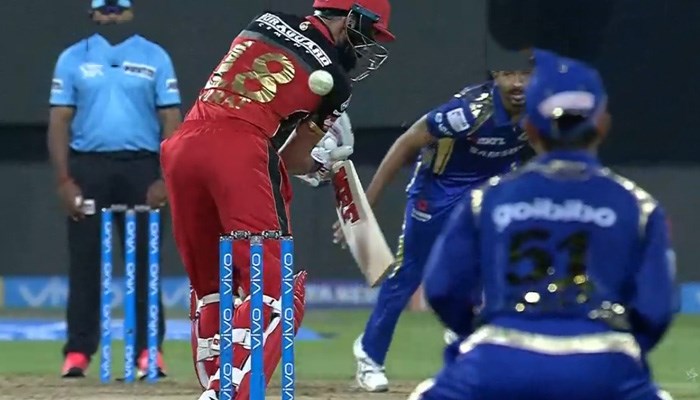 The replays showed that Kohli surely had edged the ball. Even the snick-o-meter too confirmed the moment when the ball went past Kohli’s bat. 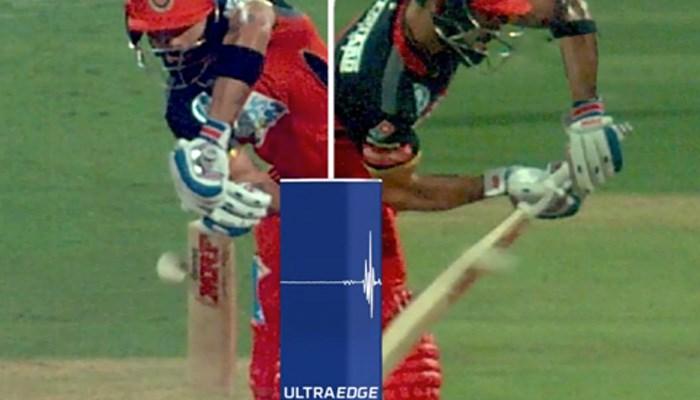 During the innings break when Bumrah was asked for his reaction to the incident, he said,

“I got to hear from dug-out that he (Virat Kohli) was out and I heard that it was an edge. But that’s ok. In the next over Hardik (Pandya) got his wicket so I am really happy.”

Kohli, however, managed to add only 8 runs after this incident as he lost his wicket to Hardik Pandya in the 18th over.

Earlier, a disciplined bowling effort by MI restricted RCB to a moderate 167/7 after winning the toss in IPL 2018 Match Number 31 at the M Chinnaswamy Stadium in Bengaluru on May 1.

For RCB, Manan Vohra was the top-scorer with 45 runs followed by Brendon McCullum with 37.

For Mumbai, Hardik Pandya was the pick of the bowlers with figures of 3/28 while Mayank Markande, McClenaghan and Jasprit Bumrah bagged a wicket each.