The Indian Premier League has changed fortunes of many cricketers over the last decade.

One such story is of Noida-born Shivam Mavi whose life changed after Kolkata Knight Riders roped him for a whopping Rs 3 Cr. Fresh after the U-19 CWC triumph, Mavi, along with his other U-19 teammates, grabbed a deal to savour. This is bound to be a big opportunity for the teenage pacer to put his skills to test against the best batsmen in the world.

Background
Mavi is a Noida kid, his father being a businessman and his mother a homemaker. After completing his schooling from City Public School in Noida, he enrolled at Al-Falah University in Faridabad and is currently a second-year student of Bachelors in Business Administration (BBA).

He has played most of his cricket in Delhi as it is nearby and has a sound knowledge of the cricket scene in the NCR.

From Noida to World Cup
Mavi has played most of his cricket in Delhi. He was first picked for the Delhi U-14 side, however, was rejected at the U-16 level. In an interview with ESPN Cricinfo, he mentioned that he felt quite disappointed when he wasn’t picked for the U-16 Delhi side.

His journey to the World Cup hasn’t been a smooth one as he had his share of injuries on his way up — he damaged his left leg in a bid to bowl quicker. 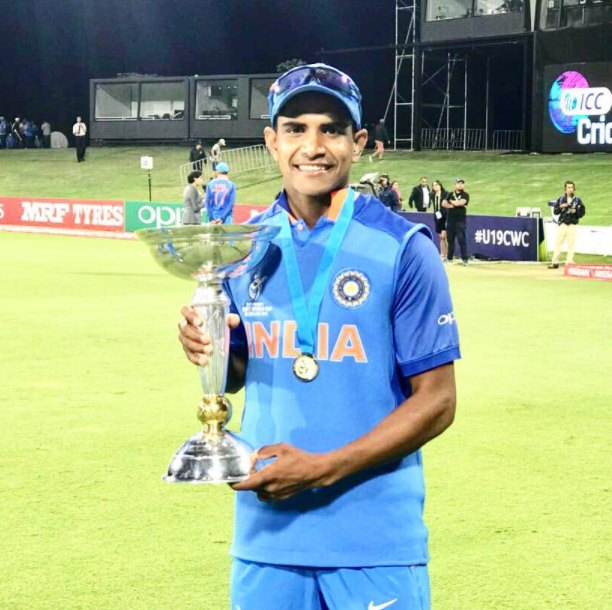 Noida Express with the silverware

He came grabbed the limelight after an astounding performance at the zonal level ‘Challengers’ tournament wherein he bagged 9 wickets in four matches. He then went on to pick up 9 wickets in the U-19 CWC where he shared the new ball with teenager Kamlesh Nagarkoti. Coincidentally, KKR also picked up Nagarkoti which means the U-19 Indian opening bowlers could be sharing the new ball again. 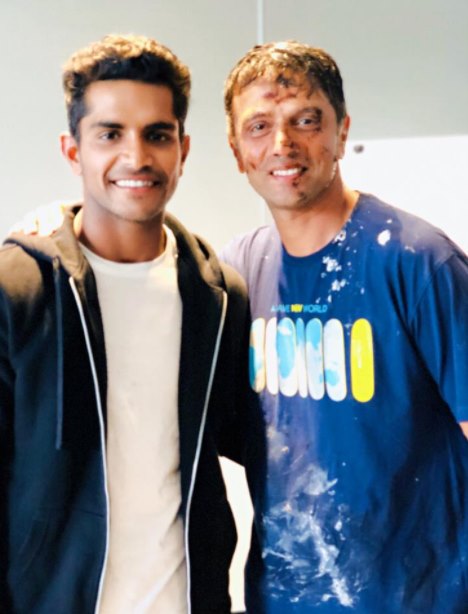 Future at IPL:
His pace could be his biggest strength at the Eden Gardens which is traditionally a spin-friendly track. Mavi in all likelihood will get games at Edens and he would be hoping to maximise the given opportunity.