While the ongoing edition of the Indian Premier League (IPL) is halfway through, three of the participating teams — Royal Challengers Bangalore (RCB), Chennai Super Kings (CSK) and Rajasthan Royals (RR) — recently faced a huge blow. Earlier in the tournament, almost all the sides had to bid adieu to a few remarkable players as they suffered injuries. And now, when the championship is midway, 4 more players will take an early exit.

According to several media reports, English cricketers Moeen Ali (RCB), Chris Woakes (RCB), Mark Wood (CSK) and Ben Stokes (RR) have to return home as they are part of the English Test squad which is scheduled to play Pakistan in a two-match Test series starting on May 24. 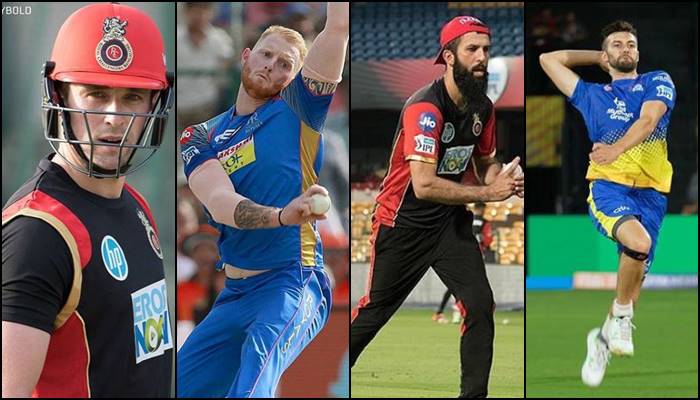 It has also been learned that the England Cricket Board (ECB) needs the four players to be back at least a week prior to the start of the Test series against Pakistan. Hence, they will have to be with their national team by May 17. The first game of this series will be played at The Lord’s, London.

As far as their IPL stint is concerned, Mark Wood has played one game for the CSK so far and impressed with his bowling. Chris Woakes had a decent start as he wore the Purple Cap for a little while but later, he was benched. The most expensive overseas player, Ben Stokes (Rs 12.5 crore) has failed to make a mark so far while Moeen Ali is yet to get a chance.