The 11th season of the Indian Premier League (IPL) kick-started with a glittering opening ceremony at the Wankhede Stadium in Mumbai on April 7. All the franchises have so far played 3 games each. Sunrisers Hyderabad (SRH) is leading the tally with 3 wins in as many games. Kings XI Punjab (KXIP) is at No 2 with 2 wins and Chennai Super Kings (CSK) is at No 3 as they lost their last match to KXIP in Mohali on April 15. Defending Champions, Mumbai Indians (MI) are yet to open their account with a win and as a result, are at the bottom of the points table.

In T20 cricket, bowlers, especially pacers, play a major part in turning the game in the team’s favour. Fast bowlers play a vital role in containing the flow of runs. The swing with the new ball offers a chance to pick up early wickets, and early wickets slow down the opposition scoring rate, which is what happened with CSK when KXIP took out a few early wickets. In return, the batsmen are then forced to play loose shots in order to keep the run-rate manageable.

In this season too, there are many prominent pace bowlers who are capable of picking early wickets by using their swing and pace. Let’s have a look at the bowlers who can touch 150+ Kmph speed this IPL season:

Syed Khaleel Ahmed – Sunrisers Hyderabad
Son of a compounder, Khaleel Ahmed was bought by Sunrisers Hyderabad for a whopping Rs 3 crore. His base price was Rs 20 lakh. He was part of the U-19 team which reached the World Cup final in 2016. Ahmed has already spent two seasons with Delhi Daredevils and has the ability to touch 150+ Kmph mark with his deliveries. 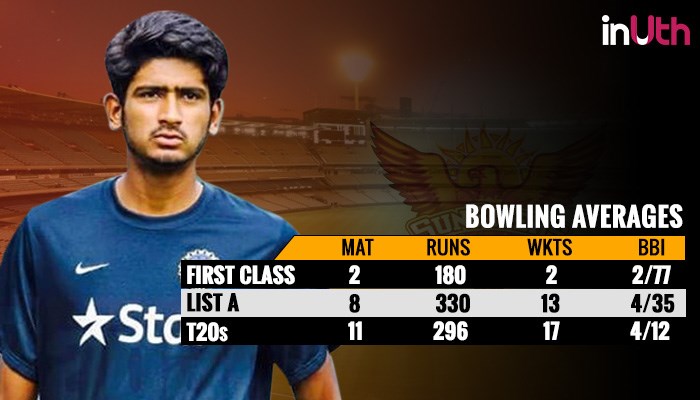 He recently clocked 148 Kmph in the Mushtaq Ali T20 tournament.

Billy Stanlake – Sunrisers Hyderabad
Australian fast bowler will be playing his second IPL season with SRH. He was bought at Rs 50 lakh by the Orange Army. In 2017, he crossed the aforementioned mark and bowled at a speed of 150.57 Kmph. He was at No 4 on the list of ‘Fastest Balls Delivered’ in 2017. In 2 matches played so far, he has claimed 2 wickets.

KM Asif — Chennai Super Kings
Fast-bowler from Kerala, Asif was the 266th name in the 31st set (Uncapped Fast Bowlers) of the players’ auctions list. After a brief bidding war between Chennai Super Kings and Mumbai Indians, Asif was sold to two-time IPL champions and the most successful IPL side —Rs 40 lakhs, which is twice his base price. 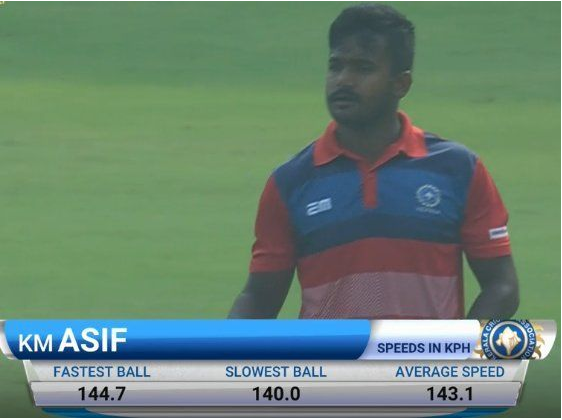 He impressed a lot of people with his pace in just 3 matches he has played so far for Kerala.

Chris Morris – Delhi Daredevils
Another South African pace bowler, Chris Morris is yet another contender who can potentially cross 150+ Kmph mark in this IPL season. Morris, retained by Delhi Daredevils, bowled at the speed of 149.94 Kmph in the 2017 season. Morris began his IPL journey with Chennai Super Kings and has also been a part of Rajasthan Royals (RR). In 48 matches he played so far, Morris has picked up 53 wickets.

Umesh Yadav – Royal Challengers Bangalore
Indian pacer Umesh Yadav can prove to be a trump card for RCB who bought him for Rs 4.2 Crore. He made his IPL debut while playing for Delhi in 2010. Yadav had bowled at 150.1 Kmph and 147.73 Kmph in 2015 and 2017 season respectively. In 94 IPL matches so far, Yadav has claimed 91 wickets with 4/24 as his best figure.

Jofra Archer — Rajasthan Royals
West Indies’ pacer Jofra Archer was bought for whopping Rs 7.2 crore by Rajasthan Royals at the IPL 2018 players’ auction. Known for bowling a ferocious mix of yorkers and bouncers, Archer in BBL bowled a delivery that clocked 151 Kmph. Royals would be having high hopes from Archer.