David Warner, it seems, has found a new job!

The Sunrisers Hyderabad captain was banned from participating in the ongoing Indian Premier League 2018 following a ball-tampering scandal that shook the cricketing world. It happened during the 3rd Day of the 3rd Test against South Africa. While his teammate Cameron Bancroft was caught on camera tampering the ball, it was later discovered that Bancroft was just following the instructions given to him by the leadership management.

When this episode came to the forefront, Steve Smith and David Warner, who were supposed to lead their respective franchises in IPL, had to step down as captain.

Meanwhile, it seems Warner has found himself a job to keep himself occupied. His wife Candice posted photos on her Instagram account that showed the exiled Australia opener working on a construction site. In specific, Warner was seen working on his family’s new mansion situated in the beachside Sydney suburb of Maroubra. The picture was captioned, “D Warner, project manager, apprentice celebrity” and also shows the couple’s daughters wearing hard hats. It seems she has deleted the picture. But here is the screenshot. 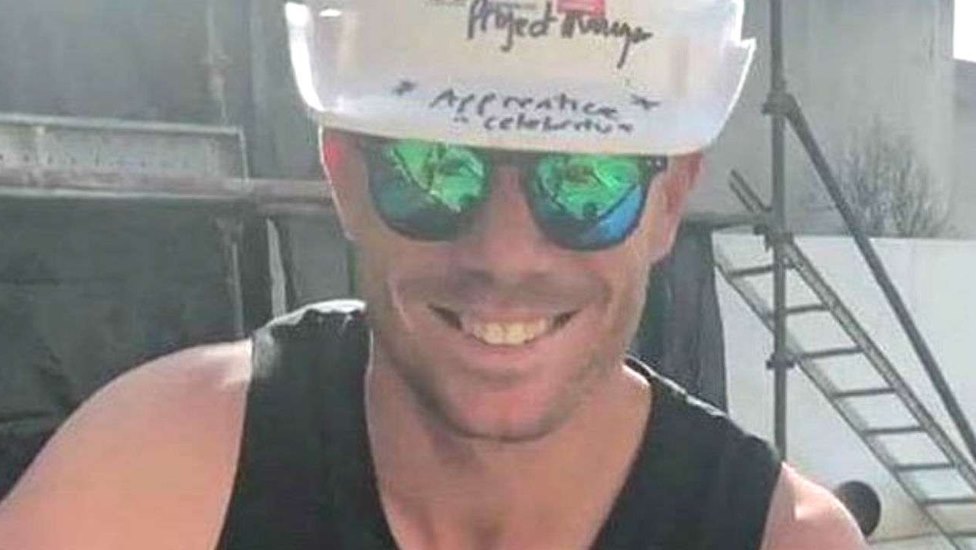 There is another picture that Candice posted. That is still present on her Instagram page. In that, we see Warner’s daughter Ivy with Mae. It is captioned as, “A couple of cuties on site this morning checking out the progress of their bedrooms,” she captioned the photo on Instagram, also adding the hashtag ‘#dreamhome.'”

A couple of cuties on site this morning checking out the progress of their bedrooms. #dreamhome @mardiniconstructions @rolfockertarchitect

It seems Warner is making the most of his time during exile from cricket. But his fans back in India are surely missing the star batsman.