The eleventh edition of Indian Premier League (IPL) is going to be exciting in many ways for the cricket fans. Firstly, Chennai Super Kings (CSK) and Rajasthan Royals (RR) are all set to comeback in the tournament after a 2-year ban for corruption charges. Secondly, as the media reports claimed, all the players (including star Indian faces) are expected to be open for the IPL 2018 player auction. Hence it will be interesting to see which player falls on which side for the biggest Indian cricketing event starting from April 4 to May 31, 2018.

On November 17, we at inUth predicted the probable squad of the Delhi Daredvils (DD) for IPL 2018. And today, as a supporter of Royal Challengers Bangalore (RCB), I’ll pick the players who could provide the team more strength than before which would help them play ‘BOLD’.

Royal Challenegers Bangalore (RCB) is currently owned by United Spirits. It holds the record of both the highest and the lowest total in the IPL. In the last 10 years, this team has housed a bunch of legendary players like Rahul Dravid, Anil Kumble, Chris Gayle, Kevin Pietersen, Virat Kohli, AB de Villiers and Chris Gayle. Despite making it into the finals twice, they have never been able to win the title.

Here’s the decade-long history of RCB in IPL:

2008: Not a good tournament to start with. Under Rahul Dravid’s captaincy, RCB could win only 4 matches and lost 10 matches. They finished second from the bottom in the table.

2009: Kevin Pietersen replaced Rahul Dravid as captain. They won first game and then lost a few. Captaincy passed on to Anil Kumble and they landed up in the finals but ended up losing to Deccan Chargers. They were 3rd in the points tally.

2010: RCB finished fourth in the points table and entered into the play-offs. Their journey ended in the semifinals after they lost the match by a considerable margin of 35 runs.

2011: RCB were the table toppers of the season under the leadership of Daniel Vettori. They qualified for the finals but lost to Chennai Super Kings

2013: After Daniel Vettori, Virat Kohli became the new skipper of the team. This was the year when Chris Gayle scored the fastest T20 century (in 31 balls) and RCB posted the highest score in IPL by any team – 263/5. But once again they finished 5th in the points table.

2014: They ended up 7th in the points table and didn’t qualify for the playoffs after a string of losses in the league stage.

2015: After being out of the top 4 in last 3 years, RCB finished at no.3 in the points tally and entered the playoffs. They lost to Chennai Super Kings in the Qualifier 2, and ended the season finishing third. Ab de Villiers, Virat Kohli, and Chris Gayle, ended by being the 4th, 5th, and 6th highest run scorers of the season respectively.

2016: RCB entered into the finals for the third time in the IPL history. Virat Kohli became the highest run scorer with 973 runs in 16 matches scoring 4 centuries in a season. However, they ended up losing to Sunrisers Hyderabad by 8 runs in a close encounter.

2017: The worst season ever for the team. They scored the lowest team total (49) against Kolkata Knight Riders (KKR). They could only win 3 games out of 14 and finished 8th in the points table.

Here’s the probable squad of RCB: 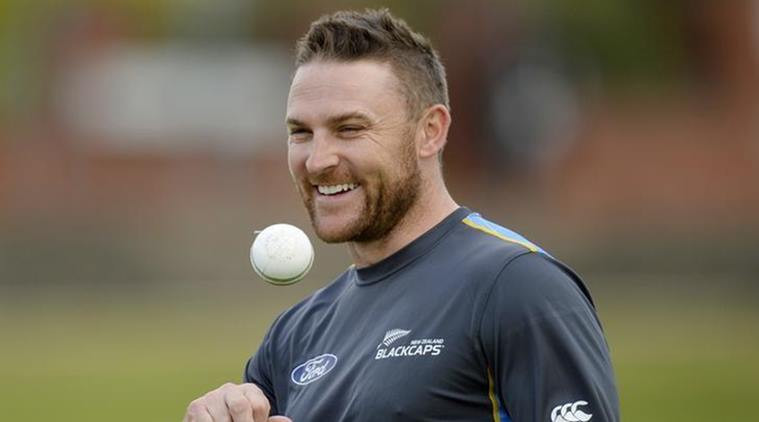 As we have already predicted that being a Delhi boy, Virat Kohli might lead DD. So, in his absence, we assign captaincy to former Kiwi skipper Brendon Mccullum. He scored the first ever century in the inaugural match of the cash-rich tournament. Though presently he is retired from the national team but still considered as one of the most destructive batsman in the T20 circuit. 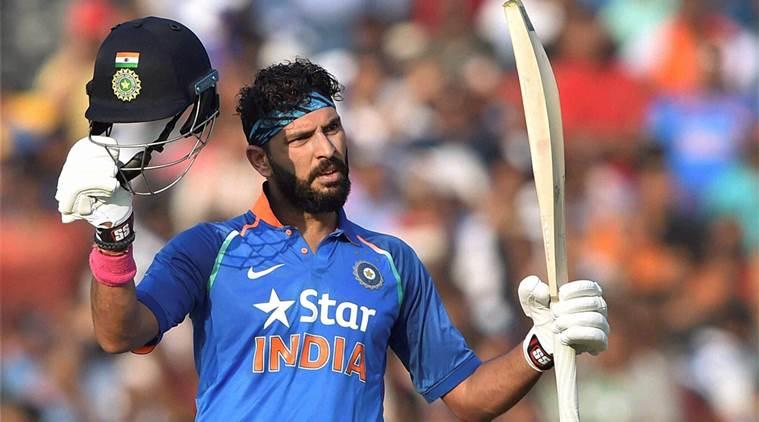 His one shot earned him a luxurious four-wheeler in IPL 10 and if he gets back to RCB, he can earn much more with his swashbuckling batting skills. His power-hitting skills are stranger to no cricket fan. He has played in RCB before, he can give a boost to their middle order once again. 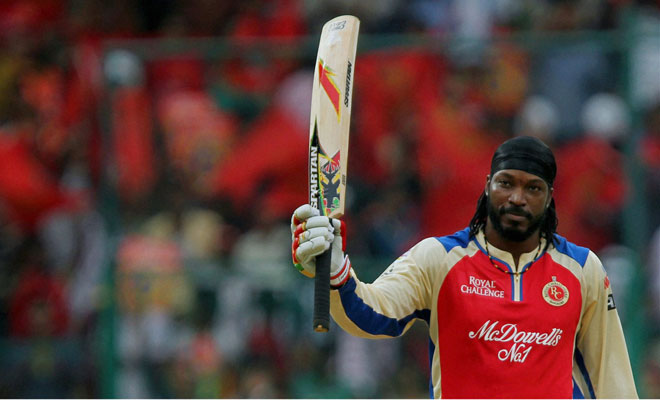 Let’s not kill the mood and keep the ‘Universe Boss’ where he belongs. RCB’s one of the poster boys, Chris Gayle, remains so that his legacy could prevail! 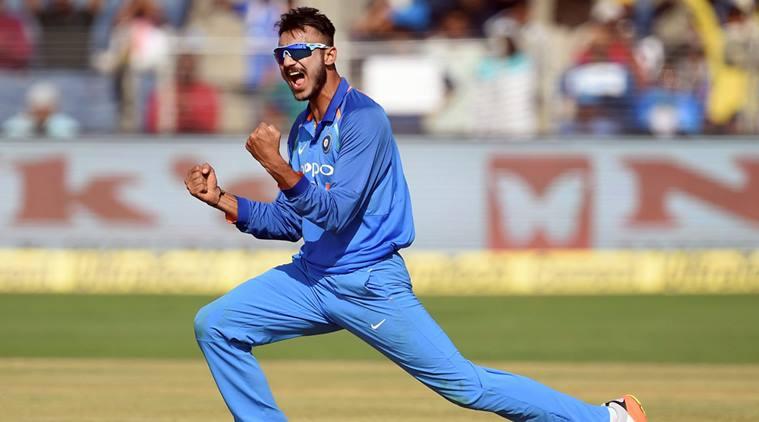 One of India’s successful wrist spinners who could also bat when needed. According to our calculation, he fits in the RCB dressing room. 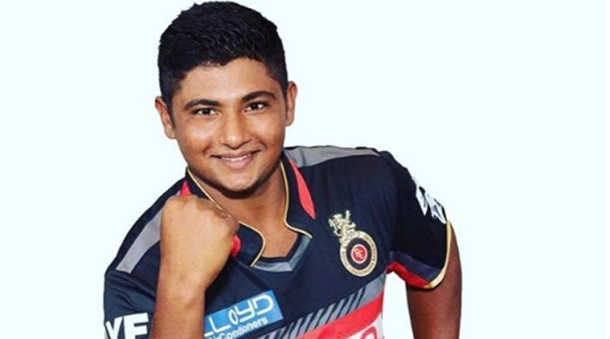 First uncapped player in the squad who has proved himself with his batting skills. Don’t forget that once his monstrous batting forced Virat Kohli to bow down and respect him. Though he had a horrific injury and missed the entire IPL 2017 season. 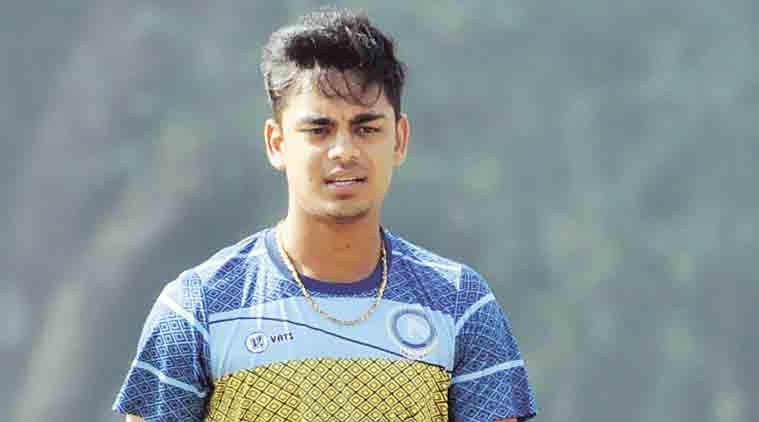 Another uncapped player who captained the Indian U-19 team in the World Cup 2016 and led the team to finals. He performed well with the bat for Gujarat Lions in IPL 10 and could fit in the top order. 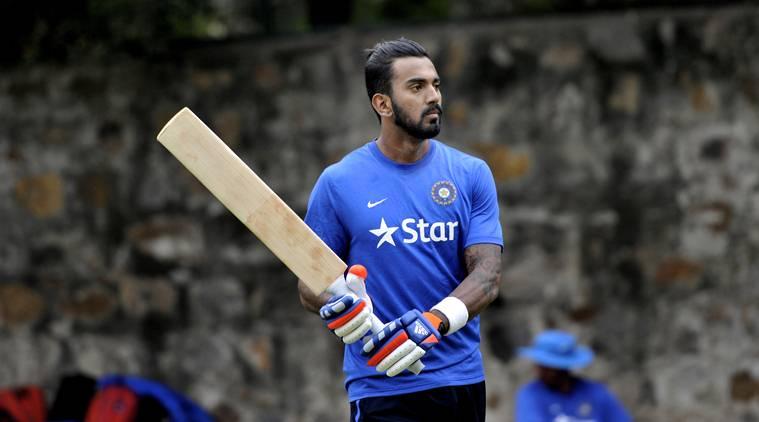 The only player to hit a ton in his debut T20I has been a prominent batsman of RCB. He is one of the perfect options to try in the opening slot alongside Chris Gayle. He was missed by the team in IPL 2017 as the local boy suffered a shoulder injury. 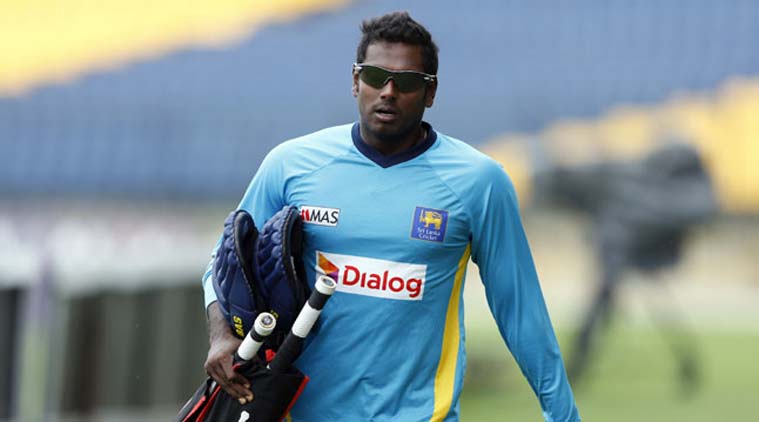 Former Sri Lanka skipper is known for his all-rounder skills and has a decent IPL experience. Mathews is the go-to man when wickets start tumbling on a difficult pitch. 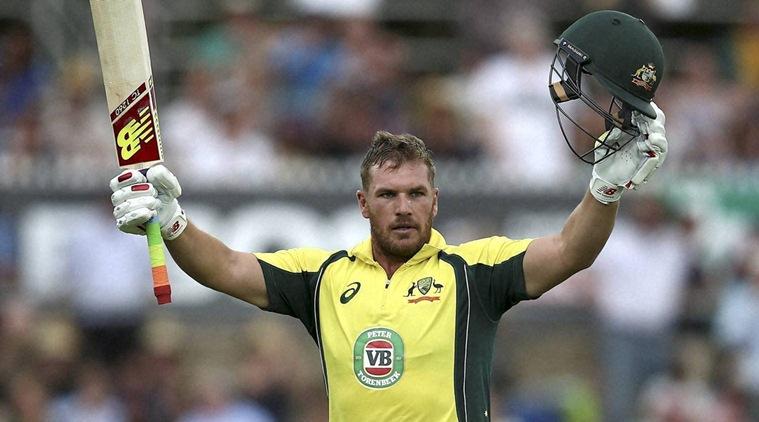 Australia’s T20 specialist is a ferocious batsman. Finch is known for giving perfect starts to the team and could also be utilised at number 3 or 4 batting position as well. 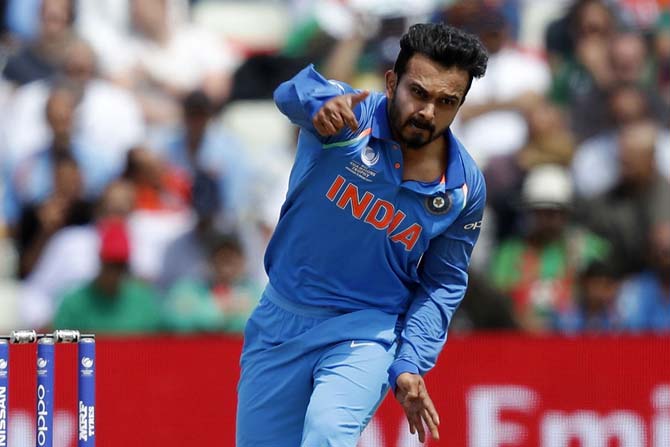 The dark horse of the Indian team who could become a game changer at any moment either with the bat or ball. He has been keeping wickets for RCB earlier and hence, remains in the squad. 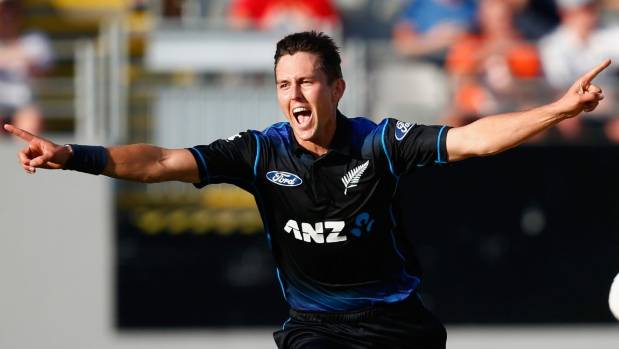 The Kiwi bowler whose deliveries are no less than a lightning ‘BOULT’. As RCB has struggled a lot due to the lack of quality bowlers, Boult’s inclusion will matter a lot. 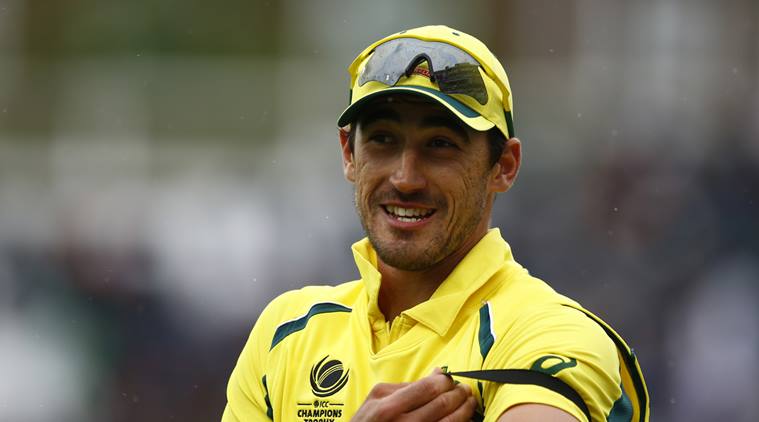 He missed the 1oth season due to injury but currently the form he is carrying, he can destroy any batting line-up he goes up against with his toe-crushing yorkers. 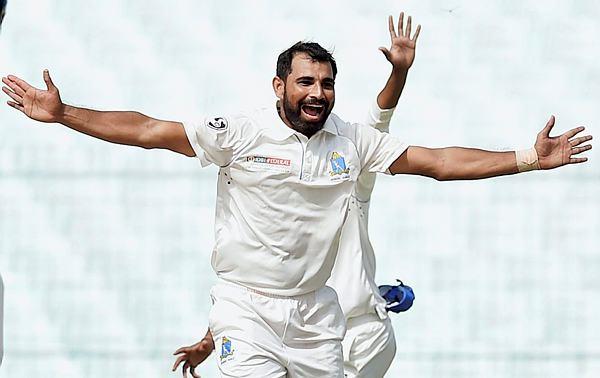 The pace department of RCB will look good with Shami being one of the member. Also he has the capability to provide the team with a cameo as a tailender. 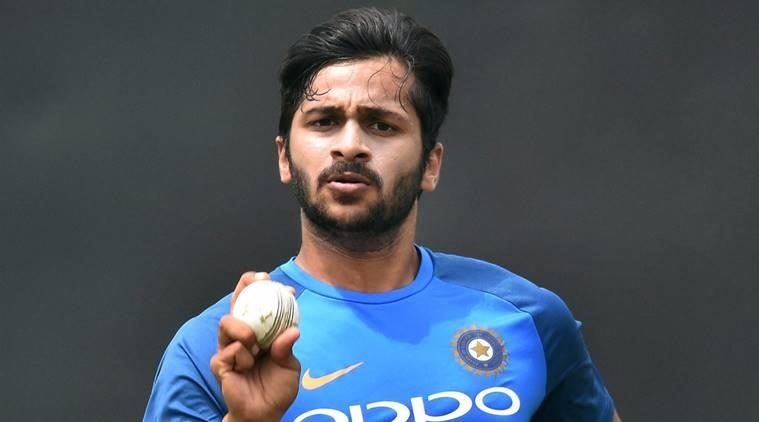 Thakur made his debut recently in the Indian side and has a good experience of the IPL. He could be a good support to the other pacers in the team and allow RCB to play an extra batsman. 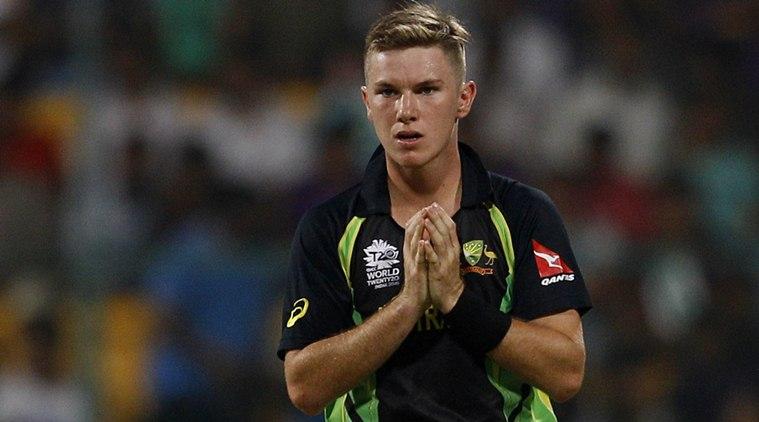 Australian leggie who has all the abilities to bamboozle any batsman with his variation. He could be one of the leading spinners in the squad, especially on turning pitches. 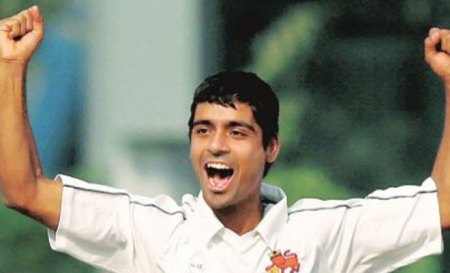 The little left arm spinner has done marvels for RCB in the past and, thus, remains in the squad. Also, he can provide support to a batsman in an event of a batting collapse. 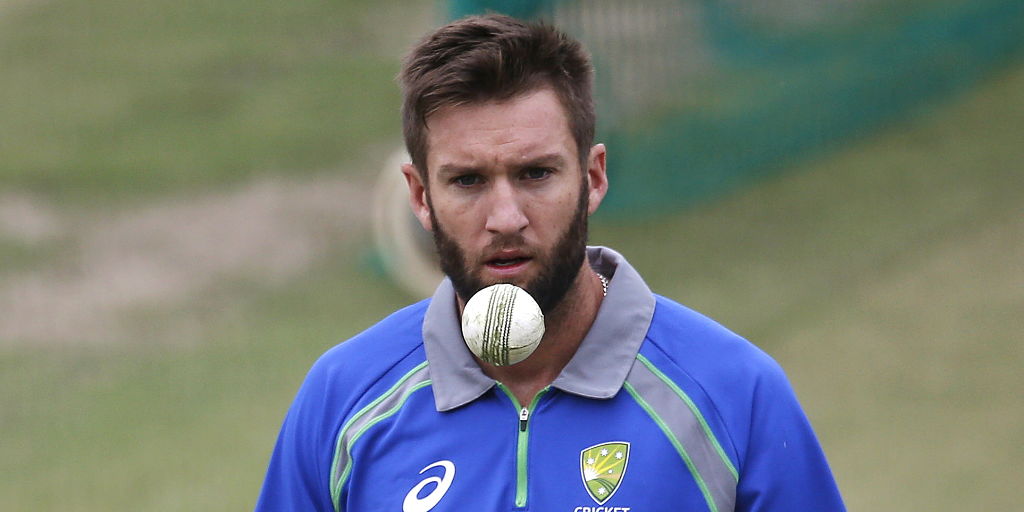 The Aussie medium pacer got his first IPL hat-trick in the IPL 2017 against Mumbai Indians. He has been performing well in the shortest format of cricket and could be utilised whenever needed. 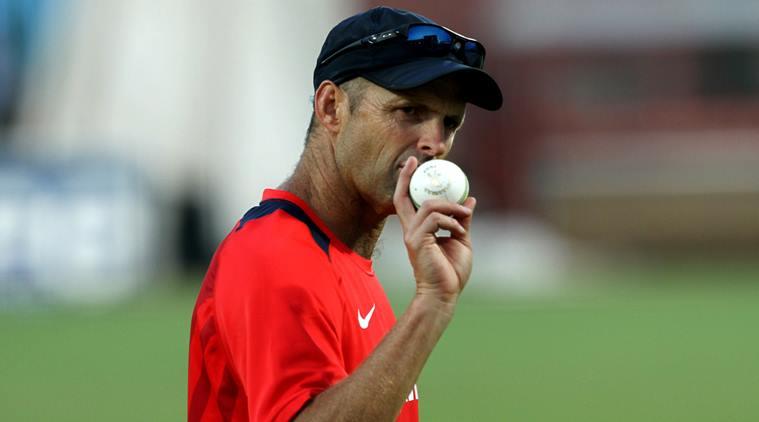 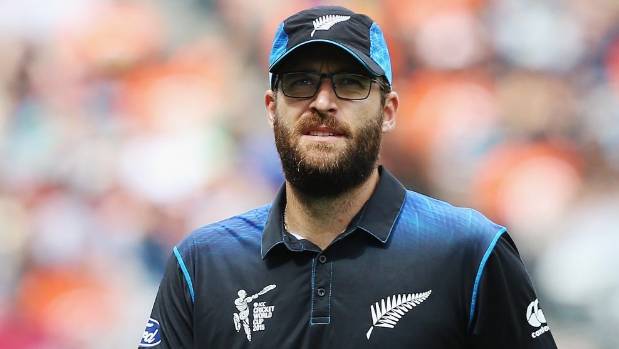 I hope in the 2018 edition, RCB lift the trophy and give us a reason to celebrate. Tell us who all will be in your dream squad in the comments section?