Indian Premier League (IPL) is set to enter its 11th edition. The countdown for IPL 2018 player auction has already begun and the teams have already decided on which players to chose and which players to retain in IPL 11. Plans and strategies are already in place and so are the fan theories about the auction. A big question looms on whether franchises get to retain a bunch of players or not. Nevertheless, franchises are expected to go all guns blazing in the auction with plans for each player drawn up already.

I, a huge fan of Mumbai Indians (MI), on November 18 predict the probable squad of the most successful franchise in the history of IPL.

MI is currently owned by Reliance Industries. CEO Mukesh Ambani’s wife Nita Ambani takes care of the team’s affairs, whether it is during the auction or cheering for them from the dugout. MI has always been a fan-favourite franchise, thanks to legendary Indian player Sachin Tendulkar’s association with the team.

MI are one of the teams who have managed to rope in big names into the side and also one of the most consistent performers in IPL history. Let’s take a look at MI’s decade-long history in the cash-rich T20 League.

2008: Icon player Sachin Tendulkar was not present in the initial matches of the team. Despite Tendulkar’s presence in the latter half of the league stage, MI failed to make it into the semi-finals of the inaugural season. Though they only missed it by a whisker with 7 wins from 14 games.

2009: Despite the big names in the team, Mumbai were unable to get the combination right in the initial seasons. The second season was the worst for the franchise as they finished 7th in the points table.

2010: Tendulkar led from the front. The Orange Cap holder took the team to their first final. They won 10 out of 14 games in the league stages and finished at the top. Though in the finals they made a few blunders in batting order and hence lost the final to Chennai Super Kings (CSK). Kieron Pollard and fielding coach Robin Singh were among the positives from the tournament.

2011: Finished second on the league standings with 9 wins from 14 games. They reached the playoffs once again but could not win the title once again. Rohit Sharma, Andrew Symonds were the positives from the tournament. MI’s problem in big matches continued.

2012: Once again, MI reached the playoffs by finishing third on the group stages with 10 wins from 16 games. They lost to CSK in the playoffs. This became quite a routine for MI in the league.

2013: Consistent performance in league stages from MI throughout, they were on the second with 11 wins from 16 games. They reached the playoffs again, then the final. Rohit Sharma replaced Ricky Ponting as the captain of the team. This time they got the better of CSK in the finals and gave Tendulkar a perfect farewell match.

2014: The defending champions reached the playoffs once again, thanks to Corey Anderson’s heroics in a virtual quarter-final against Rajasthan Royals (RR). They lost to CSK in the eliminator in the absence of their star player Rohit.

2015: Another splendid performance in the league stages helped MI reach the playoffs of the tournament with 8 wins from 14 games. Lendl Simmons and Mitchell McClenaghan were the star performers of the tournament. Once again they faced CSK in the finals but this time around they dominated and won the final by 41 runs. MI won their second IPL title and became the second side to do so after KKR.

2016: Mumbai had a rough season after a long time. They missed out on a playoffs berth seasons, that too by a narrow margin. They won 7 out 14 matches in the league stages.

2017: MI became the only team in the history of IPL to win their third title by beating Rising Pune Supergiants (RPS) in a thriller match. They were also the table toppers in the league stages.

Here’s the probable squad of MI –

Whether MI gets to retain Rohit or not, there is no chance they are going to let go of their three-time IPL winner captain. Even if MI have to spend big bucks in the auction they will get Rohit back into the side. A lethal batsman up the order and as we have witnessed recently, he is a man of strategy.

One of the most destructive all-rounders on the planet. Pollard is one of the prized players of MI who has tons of experience in T20 cricket. He recently became the second batsman to hit 500 sixes in T20 cricket. Need I say more?

Bumrah is one of the best death bowlers around the world. His toe-crushing yorkers and excellent change of pace have earned him a regular berth in the squad.

Johnson has been released and re-hired by MI. He was one of the key players for MI in the previous season, especially in the finals. His services will do wonders for MI both on and off-the-field.

Bumrah considers Malinga as his teacher. He learned the art of bowling yorkers from him only. Though there have been reports that Malinga might be released by MI ahead of the auction, there are healthy chances that they are going to buy him back at the auction. 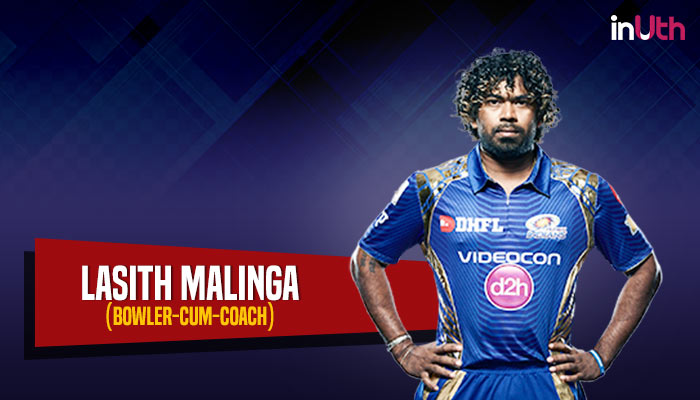 One of the most underrated batsmen in T20 cricket, Simmons has delivered whenever his services were called upon. He can take the game away in a matter of overs. A tough guy to let go for MI.

There were rumours that Pandya is looking to leave MI ahead of the auction. The all-rounder rubbished all the reports. MI is the reason Pandya is considered as the ‘next big thing’ in the Indian cricket team. If MI gets to retain him, they will surely do without blinking an eye.

Gunaratne did not get to play a single game for MI in IPL 2017. He was bought in the auction in 2017 after his reputation for winning the game single-handedly for Sri Lanka against Australia on their homeground. A valuable addition to the middle order.

The Indian all-rounder is one of the fastest bowlers in the country. He did considerably well for Gujarat Lions (GL) in IPL 2017. With the end of GL’s contract, Thampi is up for bids and can give boost to any team’s pace brigade.

The Kiwi fast bowler is a T20 specialist. McClenaghan has been a regular in the MI side for a while now.

With Parthiv in the side, MI need not worry about who is going to keep wickets. Patel can hit the ball well up the order and even pull off a few stunners behind the stumps.

Another underrated player on the team, Rayudu has been in MI for a while. Though he was sidelined for a better part of the league in the previous season.

Another player who has tons of experience by a side. A coach-cum-player. He can bat down the order as well and has a tendency to perform with the bat after batting collapses.

Rana provided with stability in the side in the initial games of the league in 2017. He was one of the surprise inclusions in the team.

Another Caribbean player on the list. He was picked over Chris Gayle in the Windies side. Lewis has struck 40 sixes in just 14 T20Is. He has 3 T20 centuries including 2 T20I centuries. He is one batsman who will set the IPL 2018 auction on fire and MI would be happy to spend big bucks on. The left-handed opener is currently doing well in Bangladesh Premier League (BPL) 2017 too.

Another addition to the pace brigade. Like Thampi he was in the GL side and did well in the games he was included in.

His hard-hitting skills are well renowned around the world. He finally clicked on the previous season and will be tough to let go off. Also, he can bat anywhere in the order.

The opener was the find of the tournament for RPS. He scored 393 runs from 14 matches, one of the raw talents on the nation.

Another addition to the pace battery, he took a hat-trick in the previous season. He took 24 wickets from 12 games for RPS. One of the best left-arm fast bowlers in the country. He will also give the team a chance to pick more overseas batsmen and all-rounders.

All he needed was just one match to make his mark. Avesh played just one match for Royal Challengers Bangalore (RCB) and impressed everyone with his pace and line.

The bowling all-rounder from Australia was a member of Delhi Daredevils in 2017. Cummins can bowl with serious pace and provide a few meaty blows down the order. He can be one of the surprise inclusions and in the expensive players on the list.

The uncapped player was bought for a whopping Rs 2 crore in the previous year auction but never batted. Gowtham is expected to return to the side in 2018. It will be interesting if he is really worth the paycheck.

Morris was a part of DD in 2017. Another fast bowler who can turn the game on his head, whether it is his bowling or batting.

Jayawardene was one of the reasons for the strategies MI incorporated. He has been a big positive for the team and has proved his mettle over and over again. 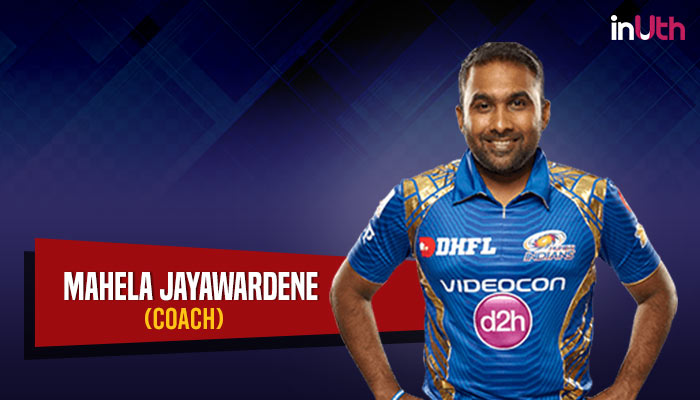 I hope Mumbai Indians continues to dominate and defends the title in 2018! Tell us your opinion on our prediction in the comments section.