Indian cricket team has finally landed in Sri Lanka for 3 Test matches, 5 One Day International and a one-off T20I. Mind you this is a new-look team India. Ravi Shastri, who recently got selected as the coach of the team, will be in charge of handling Virat Kohli and his boys. The series gets underway with the first Test starting on the 26th of July, before which they also play a warm-up match with the Presidents XI. Rohit Sharma and Mohammad Shami are also making comebacks in whites.

Sri Lanka recently beat Zimbabwe in a nail-biting encounter, scoring 391 to win the Test in the fourth innings. That also became the highest chase by a team in the fourth innings in Asia and world’s fifth best chase as well in the process. Dickwela and Gunaratne starred in that victory. They will look to carry the momentum forward against a formidable Indian team which will look for a winning start under their new coach, Ravi Shastri. 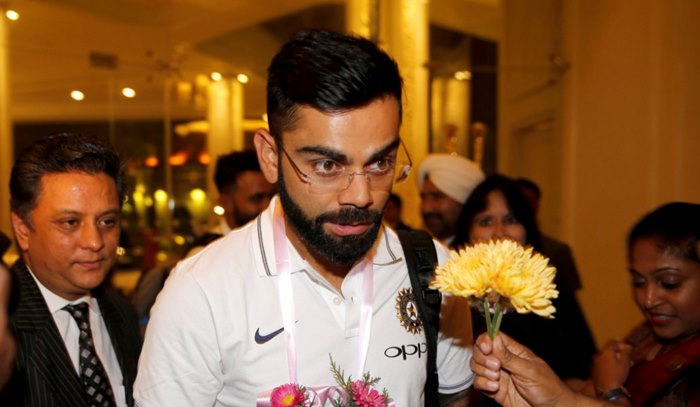 All eyes will be on the skipper-coach duo, Virat Kohli and Ravi Shastri after Anil Kumble stepped down as the coach following reservations that Kohli had over him. Question marks and eyebrows will be raised if they do not gel well. It is believed that it was Virat Kohli who pushed Ravi Shastri’s case as the coach of the Indian cricket team. Ravi Shastri has remained as the director of the team in the past, hence he would know the dynamics of the players, which is bound to help.