England thrashed India by 7 wickets in the first of the three-match Twenty20 International (T20I) cricket series at the Green Park Stadium in Kanpur on January 26.

For England, Eoin Morgan played the captains knock to take his team to comfortable win over men in blue. He scored 51 in just 38 balls, During his innings he smashed 1 four and 4 sixes.

Besides Morgan, Joe Root was the another leading scorer with 46 (46). He smashed 4 four in his knock.

For India, Yuzvendra Chahal is the pick of the bowlers for picking up two wickets. Parvez Rasool, who made his T20 debut with this match, is the another successful bowler for claiming 1 wicket. 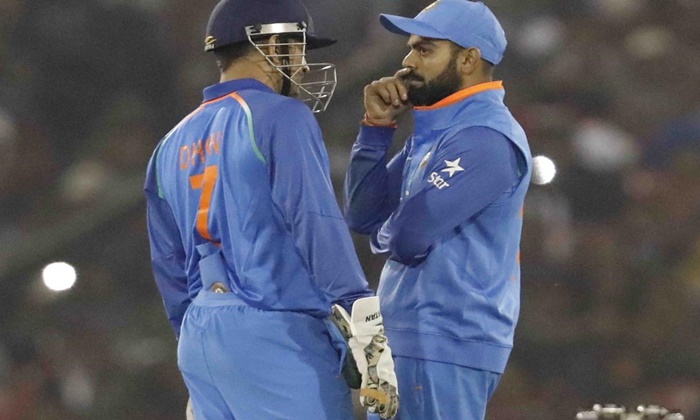 Earlier, India posted 147-7 against the visitors after being asked to bat first in the first Twenty-20 International (T20I) cricket match.

England have won the toss and they will field first. @ImParveezRasool makes his T20I debut #TeamIndia #INDvENG @Paytm pic.twitter.com/ALdzCEsJ4a

Indian skipper Virat Kohli (29) and Mahendra Singh Dhoni (36 not out) were the major contributors for the Indian team.

Virat Kohli along with K.L. Rahul (8) started the match on a good note by scoring at a good pace.

But soon, Rahul, who was struggling to find his rhythm in the middle was sent back to the pavilion in the fifth over by pacer Chris Jordan.

Jordan delivered the short ball which tangled Rahul completely and as a result the short fine leg pocketed the top edge to dismiss him.

Two overs later, Kohli, who seemed good at the crease was sent packing by spinner Moeen Ali. The 28-year-old was caught at mid-wicket by Eoin Morgan, with India struggling at 55-2.

Incoming batsmen Suresh Raina, who was making his comeback after a long Hiatus and Yuvraj Singh (12) also failed to step up to the occasion as the Punjab batsman was caught by Adil Rashid at fine leg off Liam Plunkett in the 11th over.

Raina, who scored 34 runs in 23 balls, was the next batsman to go. In the 13th over, the Uttar Pradesh batsman was bowled by pacer Ben Stokes, who bowled an inch-perfect leg-stump yorker which off popped the bails.

Things got worse for the hosts when the new batsman Manish Pandey (3) was sent back by Ali in the next over. He was adjudged leg before wicket while trying to work the ball on the leg side.

Hardik Pandya also departed for nine runs. He was caught by Sam Billings at the deep backward point off Pacer Tymal Mills in the 17th over.

The last three overs saw some fight back from Dhoni, who was seeing the fall of wickets from the other end. His 29 -ball knock helped the hosts to get past the 140-run mark.

For England, Ali scalped two wickets while Mills, Jordan Plunkett and Strokes chipped in with one wicket each.