It seems that Virat Kohli-led team India is enjoying themselves in Kolkata, thanks to the intermittent rain ahead of the second One-Day International against Australia. India already has taken a 1-0 lead in the 5-match ODI series. India won the first ODI at Chennai by 26 runs. Now, with rain threats looming large ahead of the second ODI, Team India decided to practice indoors and what are they doing? They are engaging in flaunting their dribbling skills.

We already know that Virat Kohli and Mahendra Singh Dhoni love playing soccer. Dhoni, for a fact, started as a football, only to switch to cricket late in his life. Virat Kohli also loves football, we have seen him taking part in quite a few football matches with celebrities.

But why are we talking about all of it now?

Well, it is raining in Kolkata, the venue for the second ODI. So team India decided to get their bodies well-oiled by having a football session. Team India, Virat Kohli were seen juggling the football and they were doing it like a pro, literally. It seems they are fans of Lionel Messi and Cristiano Ronaldo.

The entire team was taking part in the football activity and it was heartwarming to also see the unity and camaraderie in the team. 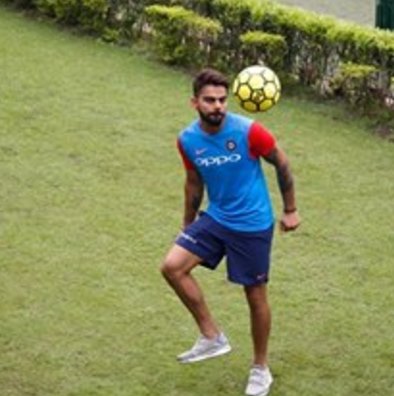 There are high possibilities of rain affecting the second ODI at Eden Gardens, which would also hamper the revenue in a high-octane series like this one. The team looks in good shape and with youngsters like Hardik Pandya and Kuldeep Yadav wrecking havoc, it is only just that the team that has been on the road since the ICC Champions Trophy gets some time off. 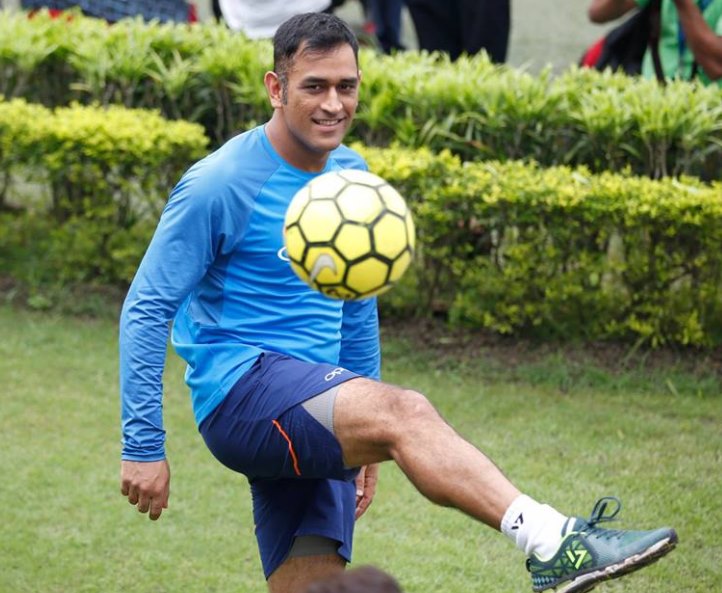 Mahendra Singh Dhoni has also been nominated for the Padma Bhushan award, which is the third highest civilian award in the country.