After 12 long years, the Indian women’s cricket team reached the finals of the ICC Women’s World Cup after defeating the 6-times world champions Australia by 36 runs. Batswoman Harmanpreet Kaur turned out to be the ‘Wonder Woman’ of the game whose swashbuckling knock of 171 runs off 115 balls took Indian to put a decent total on the board. Later, the Indian bowlers wrapped up the game with 11 balls remaining and won the game by 36 runs. Team Indian Women bravely entered the World cup Finals where they will play England once again on July 23 at Lords.

Harmanpreet Kaur became the centre of attraction of yesterday’s game. Her memorable inning led India to the finals. She came into bat at number 4 after the team was reduced to 35/2. Once again the Indian women didn’t have a good start and lost two early wickets. Since it was a semi-final clash, Indian surely needed a strong partnership to be brewed so that they could set a competitive target for the Aussies and justify their decision of batting first after winning the toss. 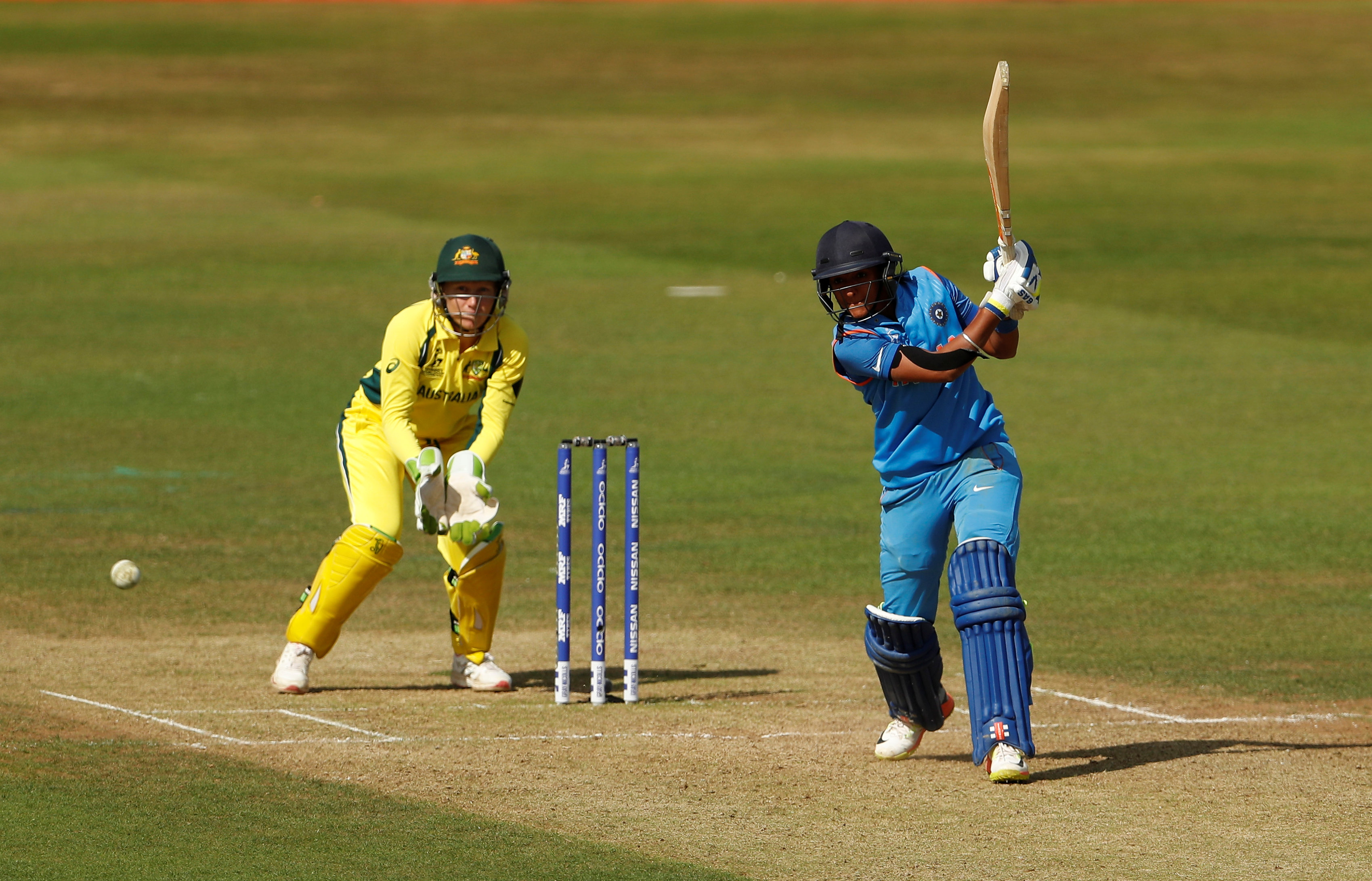 Harmanpreet looked much confident than the previous games as she started charging the opponent bowlers right from the beginning. At 101/3, Harmanpreet was at her attacking best but needed someone to support her at the other end, as Deepti played the perfect second fiddle with her waiting game. The Australians by now had failed to find an answer to Harmanpreet’s onslaughts.

The Aussies looked helpless as they were failing to find a way to stop Harmapreet. Unable to stop her carnage, Australia skipper Meg Lanning turned to her opening bowler Ashleigh Gardner, but it only resulted in Harmanpreet milking the pacer for 23 runs, which included two consecutive sixes and as many boundaries in an over.

WATCH – the innings which has got VVS Laxman, Virat Kohli and Anil Kumble gripped to #WWC17. Spectacular! https://t.co/hvP4UDuVxf pic.twitter.com/jMoN6m66Iz

She scored her half-century in 64 balls while her ton came up in the next 26 balls. In next 17 balls, she reached her 150 and in the last 8 balls, she scored another 21 runs and finally, ended up scoring 171 runs off 115 balls. For this marvellous innings, she was also awarded the Man of the match trophy.