In the Nidahas tri-series finale in Colombo last night, Rohit Sharma-led Team India defeated Bangladesh in a last-ball stunner. The R Premadasa Stadium was packed with Indian and Bangladeshi supporters but the energy levels of their Lankan counterparts was incomparable. After the bizarre encounter between Bangladesh and Sri Lanka cricketers in the semi-final, Lankans seemed vengeful as they wanted India to win this tournament. And in the end, Rohit fulfilled their wishes with a gesture which was never seen before in the history of cricket.

The match turned out to be a nail-biting affair, especially towards the end when India needed 34 runs to win. The game seemed to be in the command of Bangladesh. Just 1 run off the 17th over including the dismissal of Manish Pandey was enough to put the Indian side under pressure. But the next man in—Dinesh Karthik—had a different plan. His fiery 8-ball 29, including 6 off the last ball, stomped the hope of Bangladesh campaign and won the game for India by 4 wickets.

RT it if you want that all Bangladeshi fans watch it again and again #NidahasTrophy #INDvBAN pic.twitter.com/CkhNSEZrti

Each and every Indian supporter present at the stadium jumped off their seats while the losing team members and their supporters probably had experienced the toughest time ever. And if you don’t believe it, see it yourself:

Then came the moment which wrote a new chapter in cricket history and earned immense respect for Rohit Sharma as captain. We have mostly seen captains do the victory lap holding their respective national flags. But Rohit held the Lankan flag which was token of gratitude for the local crowd who gathered in large numbers to support Team India.

Karthik, who bagged the ‘Man of the Match’ award along with the entire team went on to thank the crowd for this massive support. 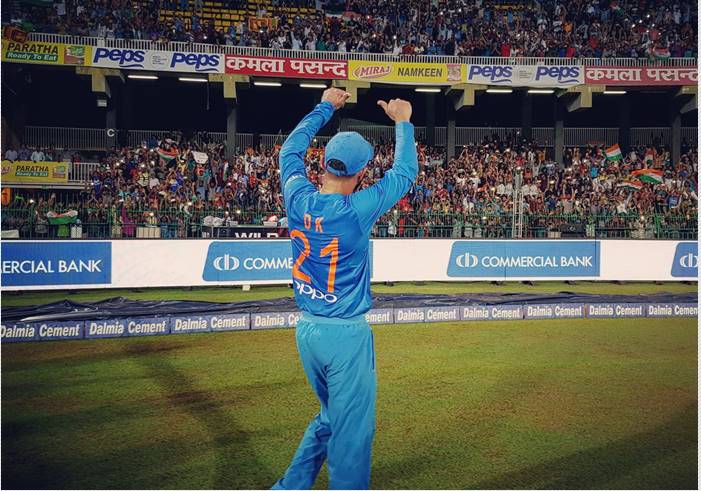 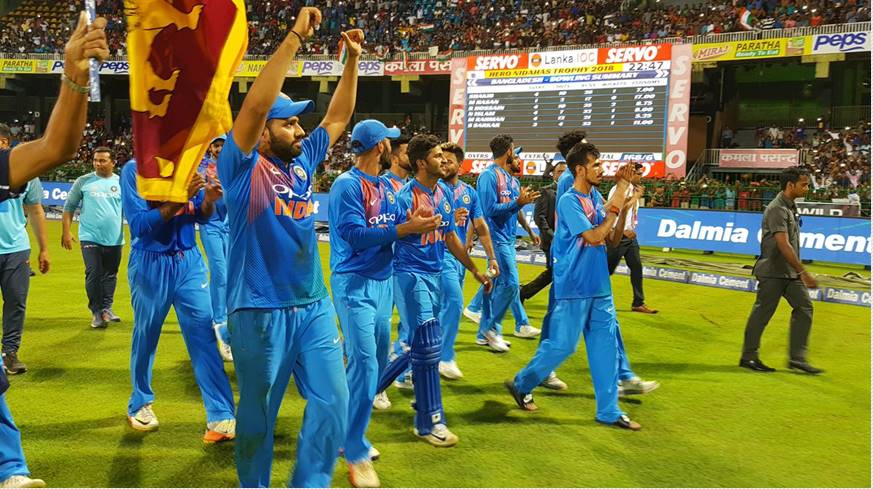 ALSO READ: IPL 2018: And the Emerging Player Award Goes To…

In the post-match presentation, Rohit appreciated the crowd’s support and said,

“Brilliant for the crowd who came out in numbers, on behalf of my team, would want to thank the Sri Lankan crowd for coming out and supporting the way they did.”

This is India’s first-ever tri-series victory under Rohit Sharma’s captaincy. Washington Sundar bagged the ‘Man of the Series’ award for his economic spells throughout the tournament.