Mahendra Singh Dhoni has become one of the most followed cricketers of our country. Right from the days when he stepped into the world of cricket, he became a sensation for the cricket fans. In those days, his hairstyle was equally famous as his monstrous batting. People started copying the way he used to do his long hairs. Later, when he cut them short, the people found him more handsome and copied that too. Whether be it playing on the field or be it his fashion status, he has been trying a lot of stuff. But there is one thing which he hasn’t tried ever. Have you ever thought what it could be? They are tattoos!

Nowadays, there has been an upward trend of getting tattoos among the sportspersons. Earlier, there were footballers only who used to have large tattoos on their bodies, however, with the course of time, numerous cricketers have got inked. Among the Indian players, we have Virat Kohli, Shikhar Dhawan, KL Rahul, Manish Pandey, Umesh Yadav, Suresh Raina, Ravindra Jadeja who have got their bodies inked. And unlike all of them, MS Dhoni’s doesn’t have any. Now at this point, most of you may think that is it so important to discuss this but I’m sure, the reason behind this is very interesting or rather strange!

“The time has come! I am proud to share my life story with all of you exclusively on muveacoustics.com. Check it out now! #SoundThatInspires #InsideIsEverything”

Love For The Watches….

Working on my tan. Oh wait I was born with that. Hahah!! #throwback #holiday #enjoythesimplethings

The reason is his fear of needles! 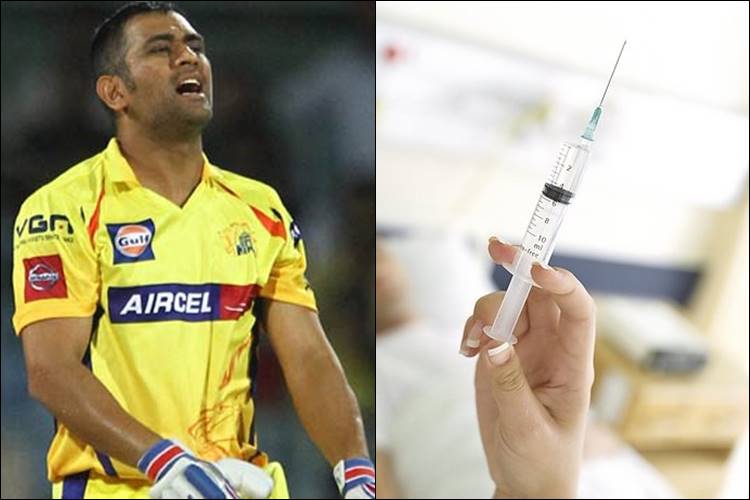 MS Dhoni is scared of needles!

Yes, arguably the greatest wicketkeeper-batsman of the modern era who has scared numerous ballers with his batting has a phobia of needles. According to an article published on the web portal RVCJ.com (Rajnikanth vs CID Jokes), MS Dhoni is scared of syringes like hell. Whether it’s a doctor’s syringe of tattoo maker’s needle, he cannot even think to have any of them. And hence, he doesn’t have a tattoo on his body.

Currently, Dhoni is with the Indian cricket team in West Indies where they played a bilateral ODI series with the Caribbean hosts and won it by 3-1. They are now left with an only T20I which will be played on July 9. Meanwhile, on July 7, he celebrated his birthday with his entire team and family members. He turned 36 yesterday while the people in social media hailed him, wished him, prayed for him through Tweets and written posts.