Ask any cricket buff about Shahid Afridi’s batting and the first instance that comes to their mind is his 37-ball century knock against Sri Lanka in the year 1996. With 11 sixes and 6 boundaries, the young Pakistani batsman had then set a world record by scoring the fastest century. But guess who gets the credit for his swashbuckling knock? None other than Indian cricketing legend Sachin Tendulkar.

Tendulkar had given his favourite bat to Waqar Younis to take to Sialkot, Pakistan’s world-famous sports goods manufacturing and get a custom-made one replicated there. “But guess what Waqar did before he took it to Sialkot. He gave it to me, before I went in to bat. So effectively, that first century in Nairobi by Shahid Afridi was made with Sachin Tendulkar’s best bat. Go figure,” he writes in his autobiography. 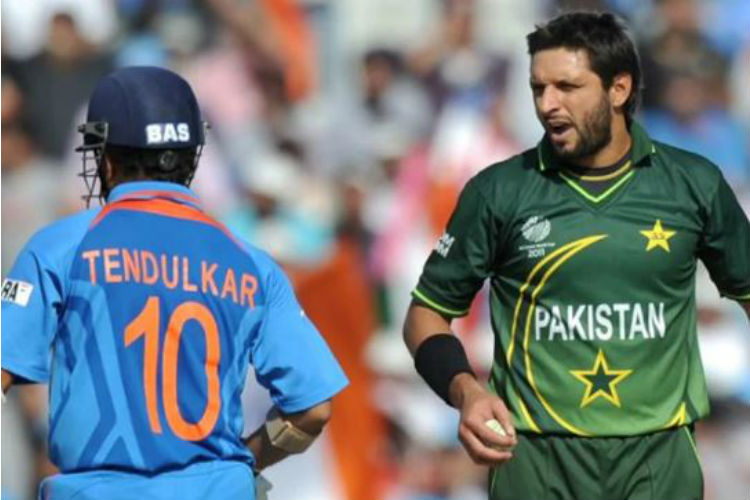 Afridi, who was batting for the first time in international cricket, had scored 102 runs in 40 balls in that innings. It was his second One-Day International match.

Meanwhile, he also clarified that he was not 16 years old (as reported earlier) when he scored his maiden century. Currently, Afridi still holds the record for being the youngest batsman to score a century in ODIs. His fastest ODI century record was broken by Corey Anderson from New Zealand who scored a century off 36 balls versus West Indies in 2014.