Opening batsman Shikhar Dhawan’s 125 powered defending champions India to 321/6 in 50 overs against Sri Lanka in a Group B clash of the ICC Champions Trophy at The Oval on June 8. Shikhar Dhawan, who registered his 10th century in One-Day International (ODI) cricket, shared a partnership of 138 with fellow opener Rohit Sharma (78; 79b; 4×6, 6×3).

Dhawan also shared an 82-run stand with Mahendra Singh Dhoni (63; 52b; 7×4, 6×2)) for the fourth wicket as India posted a highly-challenging total.

Asked to bat, the Indian right-left combination of Rohit Sharma and Dhawan laid a solid foundation as they made the most of the shorter length maintained by the Sri Lankan pacers. Dhawan and Rohit initially ensured that they get through the early overs without any damage and then paced their innings nicely once they got settled. 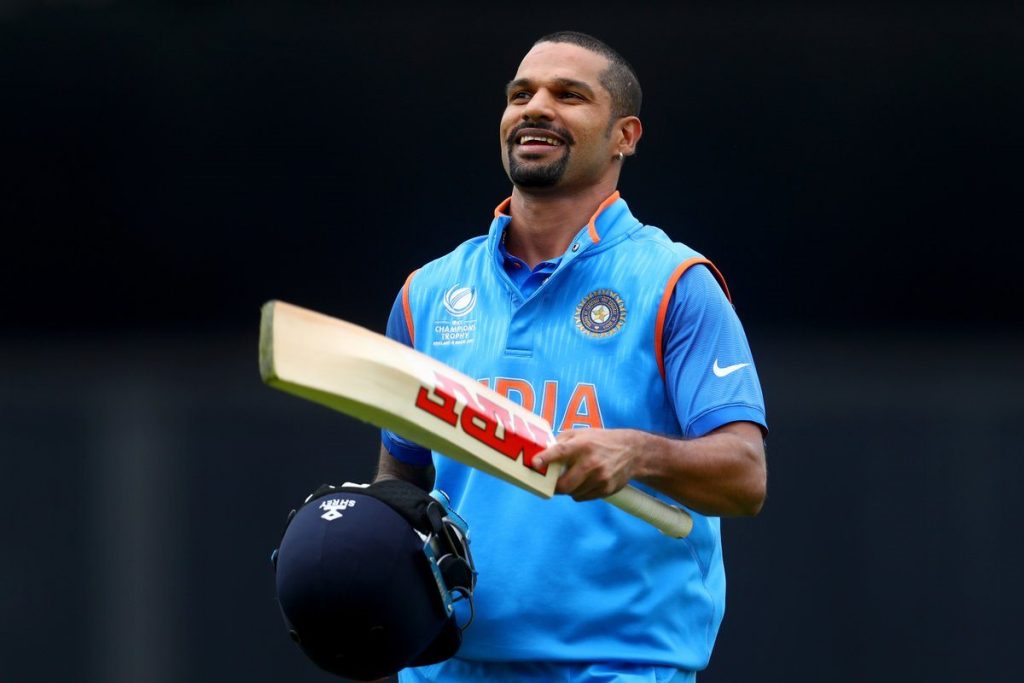 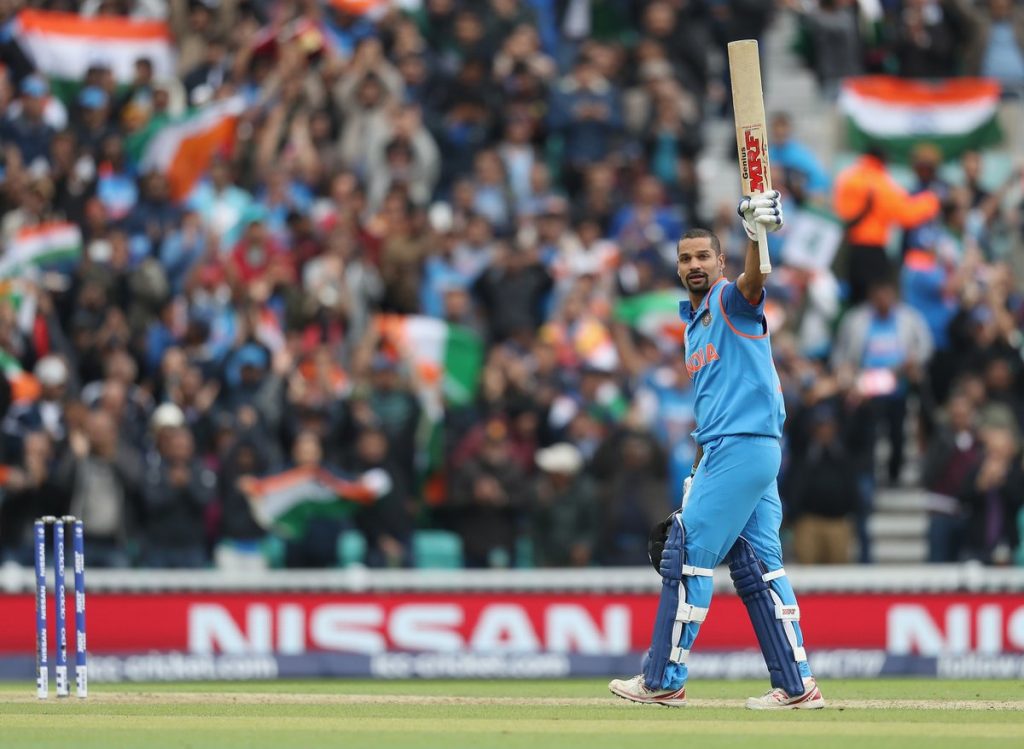 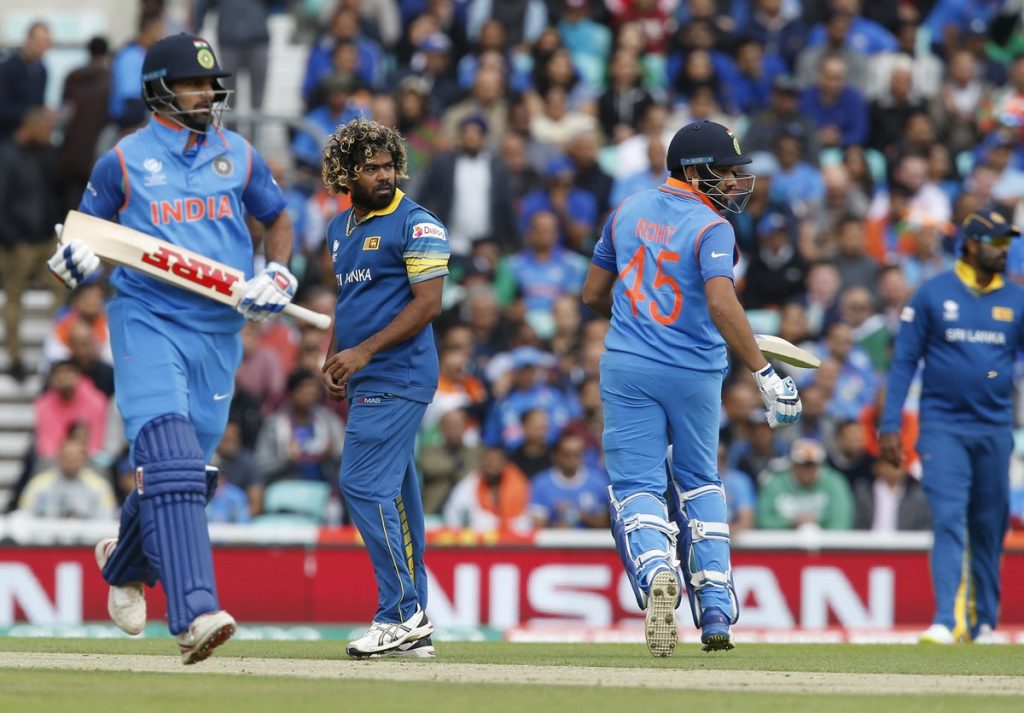 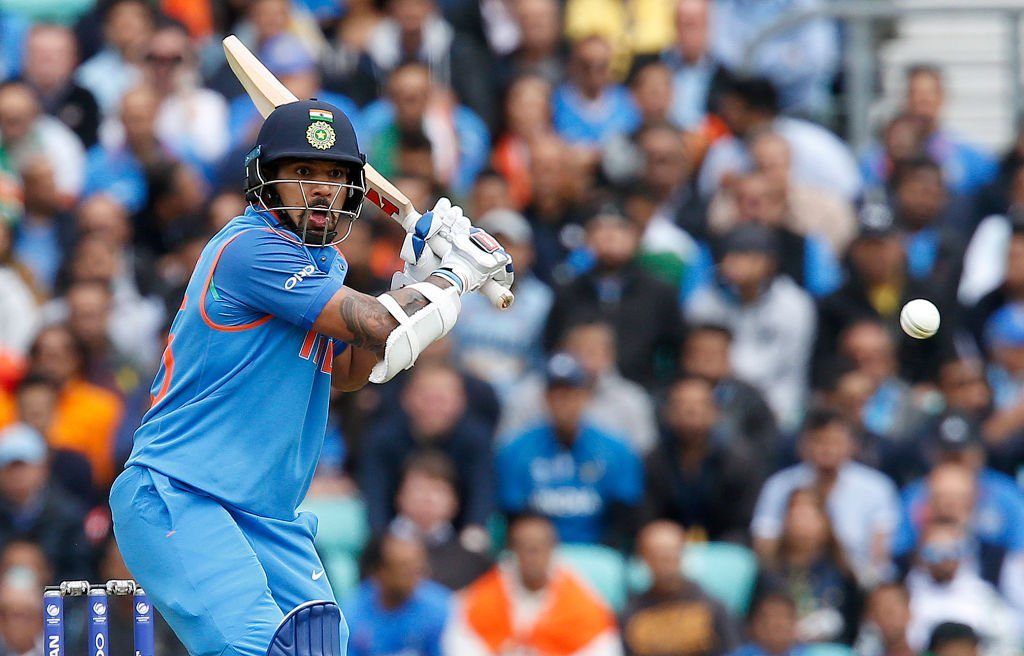 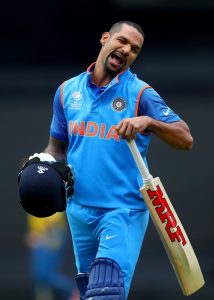 Both the batsmen showed good cutting, pulling and hooking strore-making techniques as they milked runs mostly through the square of the wicket.

Rohit, having completed his 31st fifty, was cruising until being caught by Thisara Perera off pacer Lasith Malinga. That put India at 138/1 in 24.5 overs.

Then, India lost Virat Kohli (0) and Yuvraj Singh (7) cheaply within the next few overs but Dhawan kept finding fours to keep Sri Lanka at bay. Captain Kohli disappointed the crowd when he edged behind a delivery from paceman Nuwan Pradeep in the fifth ball of the 16th over. Yuvraj dragged a ball from Asela Gunaratne on to his stumps, and India score read 179/3 in 33.3 overs.

Even if they were at a spot of bother, Dhawan and new batsman Dhoni showed a lot of positivity, not staying away from punishing poor deliveries. Dhoni made his intention clear as he opened his account with a six over point off pacer Suranga Lakmal.

His approach helped Dhawan and the latter completed his century in 112 deliveries. A cut towards point off Pradeep brought up his three-figure mark.

Dhawan stepped up after completing his century but his innings was halted at 125, when he couldn’t clear Kusal Mendis at long-on off a delivery from Malinga. The Delhi batsman’s knock featured 15 fours and a six from the 128 deliveries he faced.

Dhoni, however, continued to flay the Sri Lankan bowlers who erred in line and length, making it easy for him to showcase his brute power. Later, Kedar Jadhav scored a quickfire 25 not out from 13 deliveries to take India past 320.