Angelo Matthews is fit and he will play for Sri Lanka against India, which is a must-win game for Sri Lanka. Angelo Matthews was not there in the squad in the first game which really set them back against a formidable South African side. Twenty-four hours ahead of the game, Angelo Matthews has confirmed his availability for the game but he has said that he will not bowl. Angelo not bowling is surely going to affect the balance of the team. He was there for the pre match post conference and he spoke on a lot of issues including him not bowling.

He said, “India is a very balanced team and if I could bowl that would have sorted the balance but now that I cannot bowl, we have to look at options. We will look to maximise the fullest we can.” 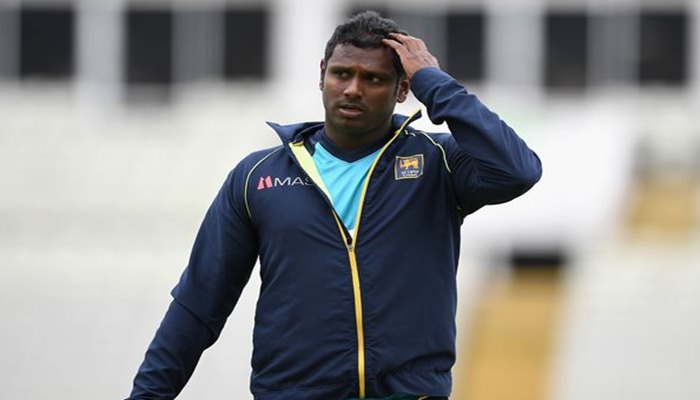 When asked that big stars have called it a day and Pakistan and Sri Lanka are trying to get their team line up right, does India have an India in this group, Matthews said, ” Yes, it does make things easier for them as I said earlier we are happy to be underdogs. Nobody is expecting us to win the tournament which takes a lot of pressure of us. As players you always deal with pressure as it is a part and parcel. Yes we are in the rebuilding phase but we bowled and fielded really well against South Africa. It is unfortunate after the start we got we lost the plot in the middle overs.”