Opener Fakhar Zaman smashed his first One Day International century to guide Pakistan to set 339 runs target against arch-rivals India in the finals of the Champions Trophy 2017 cricket tournament at The Oval in London on June 18. Fakhar made his ODI debut in the Pakistan jersey in this ICC Champions Trophy 2017 against South Africa. Fakhar Zaman brought up his century in 92 balls.

Earlier, Indian skipper Virat Kohli won the toss and he invited Pakistan to bat first in the final clash. Fakhar Zaman and Azhar Ali, who came to open the innings for Pakistan, score a partnership of 128 before Azhar got run out due to terrible mix-up. 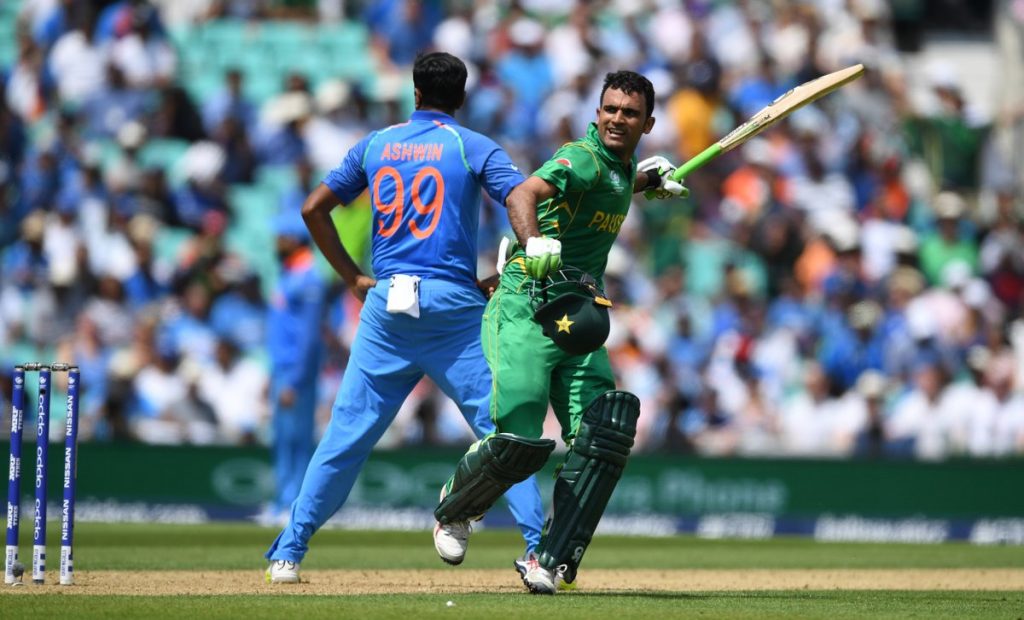 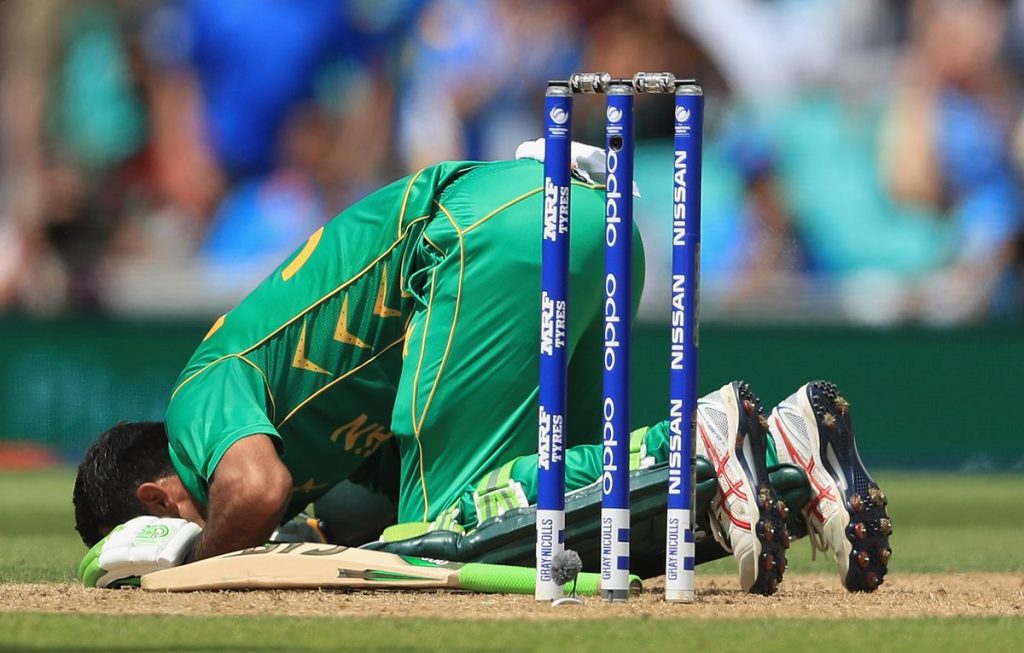 Fakhar Zaman (114 off 106 balls) during his stay at the crease he smashed Indian all-round the park. His innings was laced with 12 fours and three sixes. While his partner Azahar Ali (59 off 71 balls) smashed six fours and one six.

___ Standing ovation from all parts of the ground for Fakhar Zaman after his superb _#PAKvIND #CT17 pic.twitter.com/0hEV0Xu1r6

Earlier in the innings Fakhar Zaman was a bit lucky in the fourth over after edged Jasprit Bumrah’s delivery and the catch was completed by MS Dhoni quite easily, but the delivery was declared a no-ball after umpires decided to have the another look.

A fine edge sends Zaman walking, only to return moments later thanks to Bumrah overstepping!

A game of millimetres!

Fakhar Zaman gets an early life. Can he and Pakistan make India pay? #PAKvIND #CT17 pic.twitter.com/vcAKwc0ozA

Besides them, Babar Azam and Mohammad Hafeez too played some vital knock to guide Pakistan to put a mammoth 338/4 total against the Indians. Babar Azam, who played the 46 runs knock in 52 balls, hit four fours. While Mohammad Hafeez’s 57 off  37 balls saw  four fours and three sixes.

For India, Bhuvneshwar Kumar, Hardik Pandya and Kedar Jadhav were the pick of the bowlers. They picked up one wicket each.

For this battle, India made no changes to the team that trounced Bangladesh in the semi-final while fit-again Mohammad Amir made a comeback to the Pakistan team. Rumman Raees made way for Amir.