Virat Kohli is the current Indian skipper who is in England, trying to defend its ICC Champions Trophy 2017. India have got their campaign off to a great start by defeating Pakistan. But, what made headlines was the fact that ‘absconder’ Vijay Mallya was spotted in the crowd at Edgbaston, enjoying the match. Vijay Mallya has been absconding from India after it was found that he had unpaid debts to the tune of Rs 9000 crore. The Indian government is trying their level best to get him back from United Kingdom. Vijay Mallya is also the ex owner of Royal Challengers Bangalore and Virat Kohli was the captain.

Besides attending the India-Pakistan match, Vijay Mallya too attended the Virat Kohli’s Charity Ball event held in London in June 5 and how he reached there is the mystery that has snowballed. 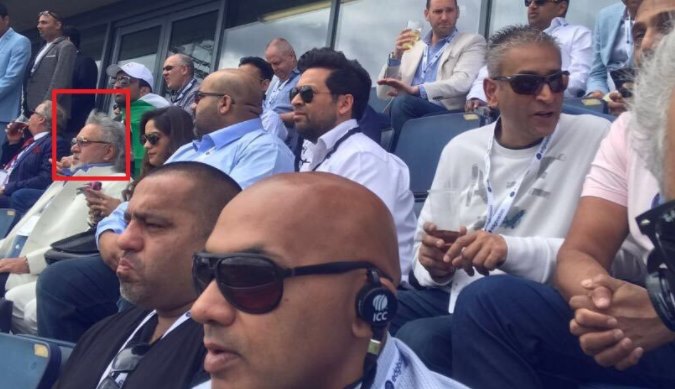 A BCCI source present at the event confirmed that Kohli and the Indian team were “uncomfortable” due to Mallya’s presence. That is pretty evident isn’t it because they do not want to be seen with the liquor-barrel king.

“Look, Virat or his foundation never invited Mallya at the function. But normally what happens at the charity dinner is that someone who has bought a table is entitled to invite his guests. Similarly, someone who bought a table must have invited him,” a top BCCI source present at the function told PTI today. So, it seems by the looks of it that Virat Kohli did not purposely invite Vijay but it happened coincidentally.

In the video, you will see two ladies getting off the luxurious black car and after some dilly-dally finally Vijay Mallya walks out of the car.

“The Indian team wasn’t comfortable and they maintained a dignified distance from Mallya. Mallya’s presence is one of the reason that team left early. The players were very uncomfortable. It was an unavoidable situation as one couldn’t have possibly asked him to leave,” the source said.