Ashish Nehra hung his boots on November 1 when the Indian cricket team took on New Zealand in the first T20I match in Delhi. In his last appearance donning the blue jersey, the veteran speedster couldn’t clinch a wicket but team’s 53-run victory against the Kiwis proved to be the best parting gift for him. His 18-year-long cricketing journey ended at his home ground where he got emotional ahead of delivering the last ball of his career. The crowd at Kotla cheered in unison for ‘Nehraji’ while skipper Virat Kohli and Shikhar Dhawan lifted him on their shoulders at the end of the match. 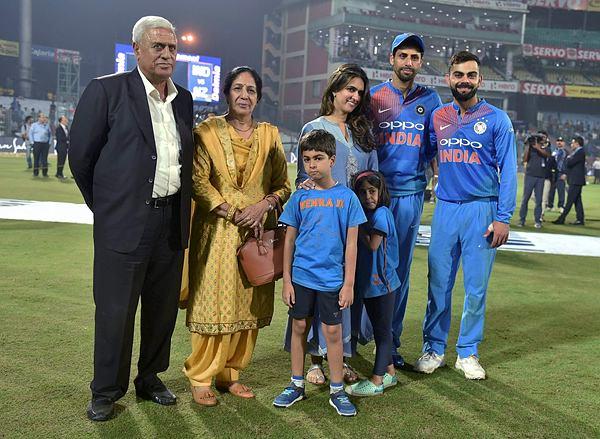 Ashish Nehra with his family at the Feroz Shah Kotla Stadium/ Photo: PTI

Meanwhile, Junior Nehra (Arush) was spotted showing some bowling skills, mimicking his father’s action in the presence of Virat Kohli. 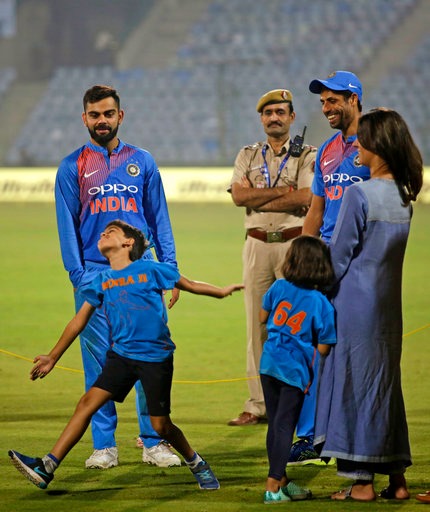 Going by the above image, Jr Nehra might step into his father’s shoes in the near future as his action is almost perfect. Also, the smile on Ashish’s face is indicative of the happiness of a father seeing his son learning things at a small age. And don’t miss the expressions on Kohli. He looks totally amazed.

Let’s also have a look at other pictures from the Feroz Shah Kotla Stadium where Ashish Nehra played for India for the last time: 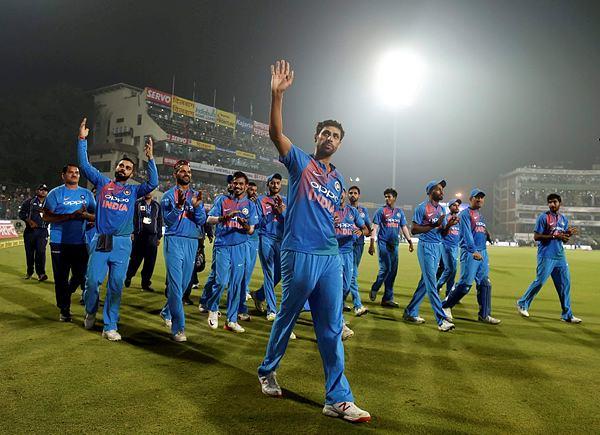 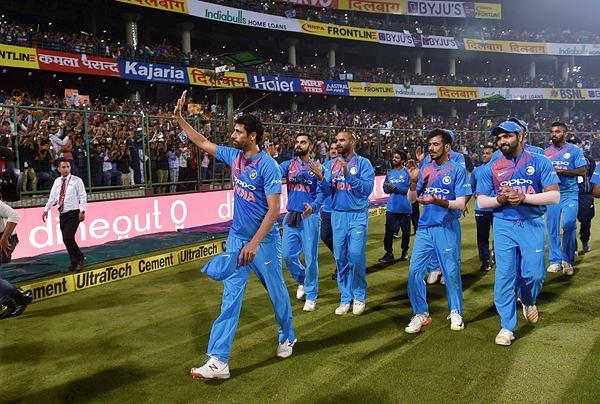 The final goodbye to the home crowd/ Photo: PTI 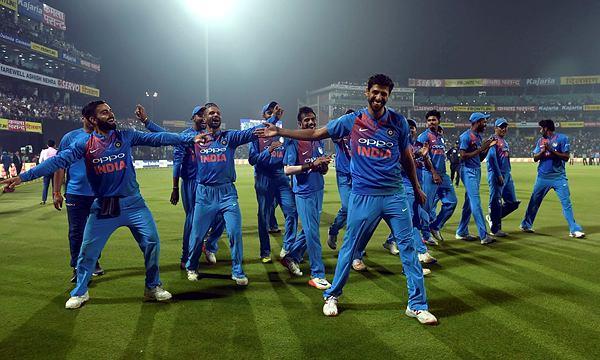 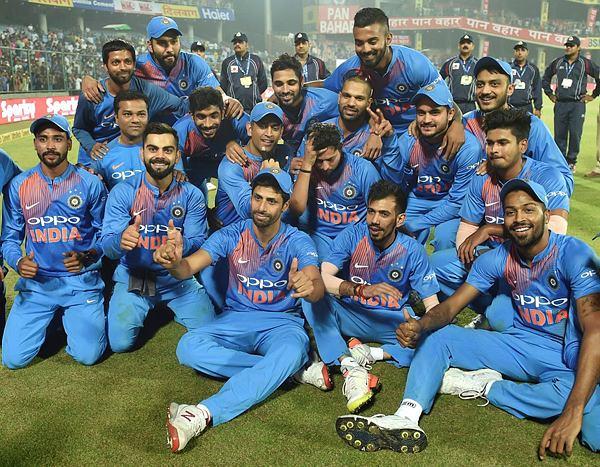 The perfect farewell picture with Ashish Nehra and 15 others/ Photo: PTI

We wish you all the very best for you future Nehra Ji!