A day after legendary spinner Anil Kumble resigned from the post of team India’s head coach, the Board of Control for Cricket in India (BCCI) has named its general manager M.V. Sridhar as the supervisor for the West Indies tour. A veteran of 132 Tests, Anil Kumble resigned after the BCCI informed him that the Indian skipper (Virat Kohli) had reservations with his ‘style’ and about his continuing as the head coach.

“In Anil Kumble’s absence, M.V. Sridhar was handed the responsibility to supervise the India side during the limited-overs tour of the West Indies,” the reports said. 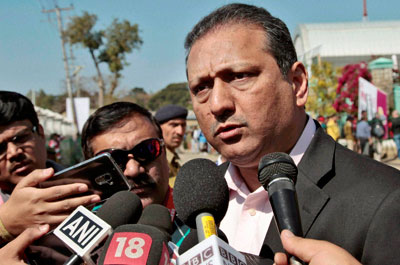 “…I was informed for the first time yesterday by the BCCI that the captain had reservations with my ‘style’ and about my continuing as the head coach. I was surprised since I have always respected the role boundaries between captain and coach. Though the BCCI attempted to resolve the misunderstandings between the captain and me, it was apparent that the partnership was untenable, and I therefore believe it is best for me to move on,” Anil Kumble wrote this on Facebook page.

As coach, Anil Kumble won 12 of 17 Tests and never lost a Test series at the helm. In the shorter format, Kumble coached India to the final of the just–concluded ICC Champions Trophy, where the men-in-blue were outplayed by arch-rivals Pakistan.

India to play 5 One Day Internationals and a Twenty20 International match during their West Indies tour. The series will kick-start from June 23.