Bollywood superstar Aamir Khan and young actress Zaira Wasim arrived at the Rajiv Gandhi International Stadium to witness the decider of the India vs Australia 3-match T20I series. Ahead of the final game, Aamir had a chit-chat session with commentator Jatin Sapru and former Indian cricketer Virender Sehwag on the field. They talked about Aamir’s forthcoming film ‘The Secret Superstar’ and about the Indian players, their styles and predicted the match’s results. Shockingly, during that chat session, it was revealed that he doesn’t know the name of the captain of the Indian women’s cricket team. It was quite ironic as Aamir’s blockbuster movie ‘Dangal’ was aimed at promoting women athletes.

Jatin Sapru, who was anchoring the session, played a rapid-fire round. Sapru asked a few cricket-related questions. Both Aamir and Zaira answered one question each correctly and then came the tie-breaker question. On being asked about the captain of the Indian Women’s Cricket Team, Aamir said,” I know but I’m not getting it now.” 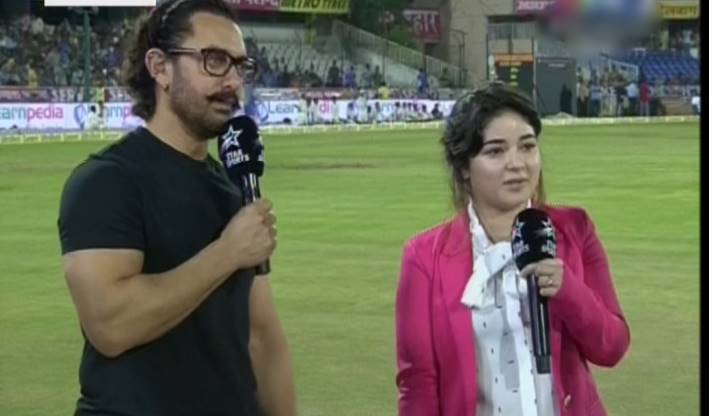 After a few attempts, Aamir gave up guessing the correct name. Zaira also accepted that she also doesn’t have any idea about that. Sapru also gave a hint by prompting the initials of Indian women’s cricket team captain’s name. As a result, Star Sports presenter had to reveal the answer, Mithali Raj. 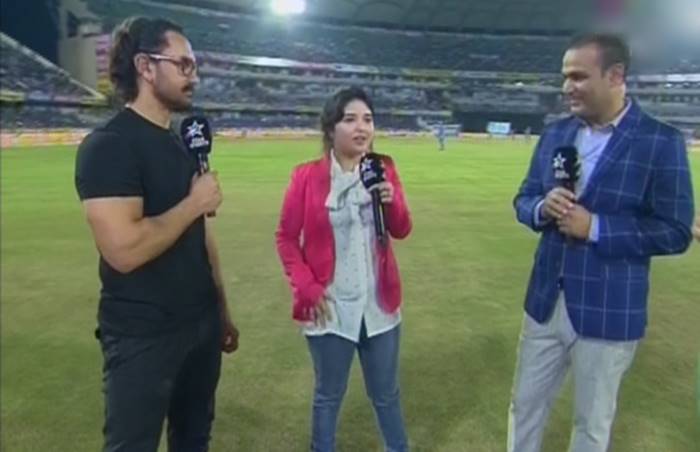 Aamir was asked which Indian cricketer’s style does he follow the most, he said.”It’s definitely Virat Kohli.” Zaira also said that she likes the Indian skipper a lot. “Be it his way of playing the game of cricket or his attitude, Virat is very good,” stated Zaira.

The India vs Australia 3rd T20I has been affected by rain and the toss got delayed due to the rain. After beating Team India in Guwahati, Australia levelled the series by 1-1 and tonight’s game in Hyderabad will decide the winner series.