Whatever be the format, whenever a bowler has taken a hat-trick in cricket, his fate has changed overnight. Some of the well-known veteran bowlers mastered the art of claiming hat-tricks in international cricket during their day. Veteran Sri Lankan pacer Lasith Malinga has record 3 hat-tricks to his name in ODIs while other big names like Wasim Akram (Pakistan) and Stuart Broad (England) have got a set of two in Tests. Since when the first Test hat-trick that was recorded on January 3, 1879, by Australian Fred Spofforth against England, 91 hat-tricks have been claimed by the international cricketers across Tests (43), ODIs (43) and T20Is (5) till date.

Apart from these bowlers, there are several Indians too who have achieved this marvel and hogged into the limelight. Here we list those 5 Indians who claimed hat-trick in international cricket and stunned the world. 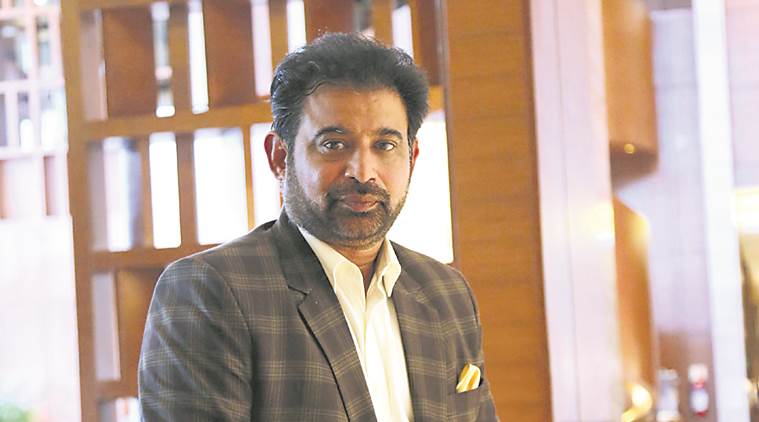 Former Indian cricketer Chetan Sharma was the first Indian who claimed a hat-trick in international cricket. He did it against New Zealand during the 1987 World Cup in Nagpur on October 31. He removed Ken Rutherford, Ian Smith and Ewen Chatfield one after the other. It was the first hat-trick claimed in the world cups as well.

The then-defending Champions, India won the game against New Zealand comfortably by 9 wickets where Sunil Gavaskar hit his only ODI ton. He scored 103 runs off 149 balls and bagged the Player of the Match along with Sharma. 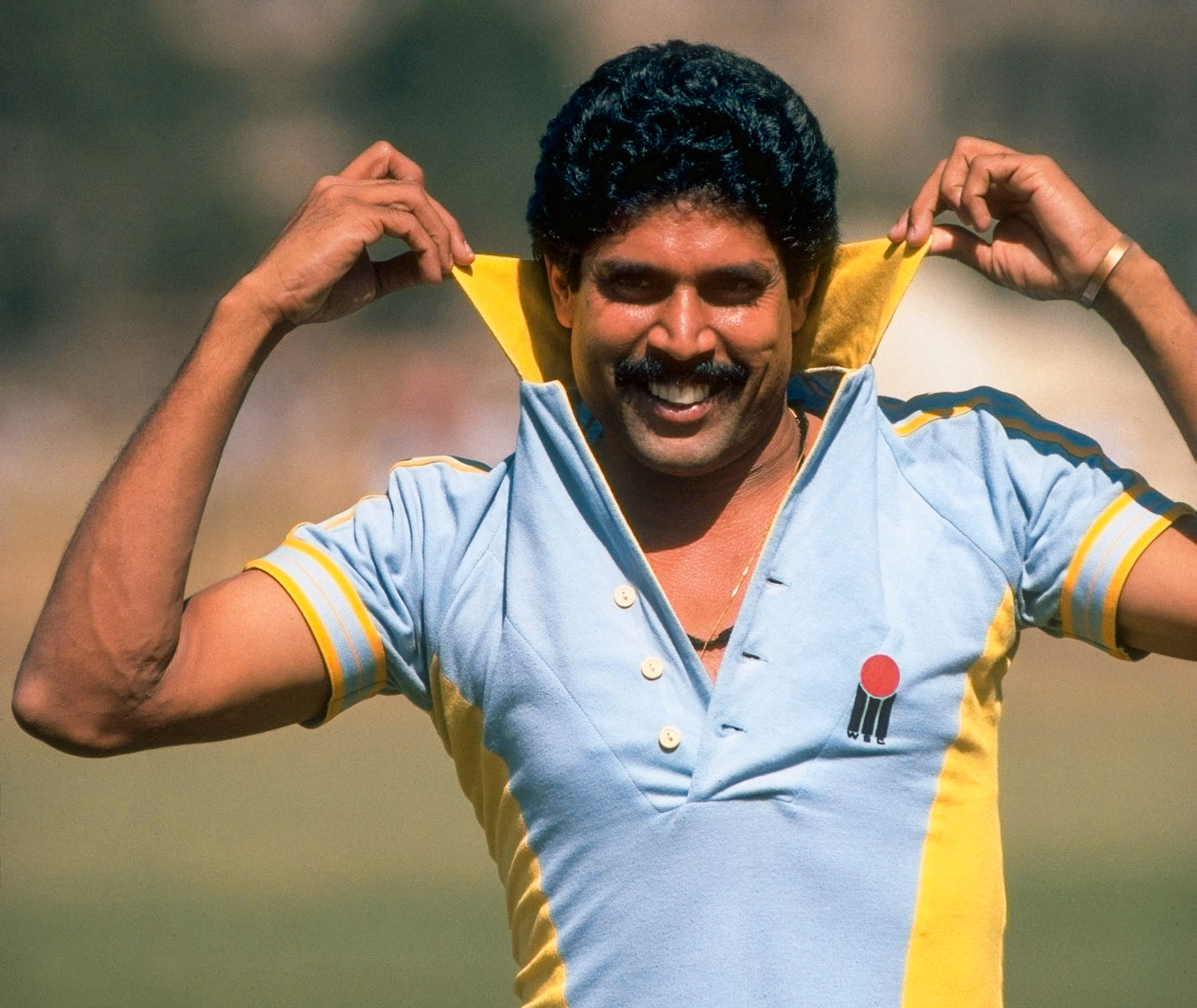 Kapil Dev is the 2nd Indian to claim a hattrick

On January 4, 1991, Kapil Dev became the second Indian to take a hat-trick. He did it in a match against Sri Lanka which was the final game of the Asia Cup. Kapil Dev dismissed Roshan Mahanama (caught behind), Rumesh Ratnayake (lbw) and Sanath Jayasuriya (caught Manjrekar).

India restricted Sri Lanka to 204 in 45 overs. In return, with Sanjay Manjrekar’s 75 off 95 balls, Sachin Tendulkar’s 53 off 70 balls and Mohammad Azharuddin’s 54 off 39 balls, India won the match by 7 wickets. 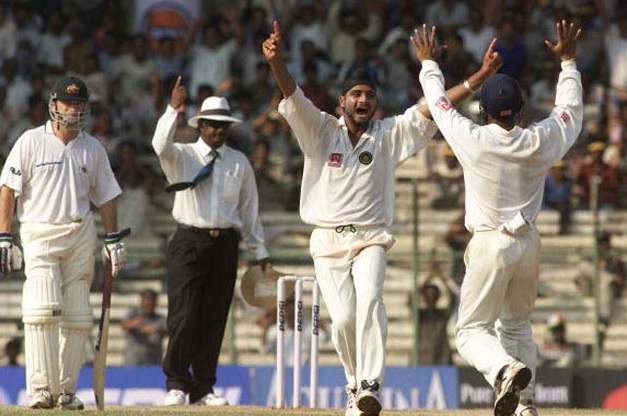 Harbhajan Singh was the first Indian to claim a hat-trick in Tests. In the 2nd Test of the 2001 Border-Gavaskar Trophy held at Eden Gardens. During the first innings, Harbhajan’s spin magic thrashed the Aussie middle order and later halted Steve Waugh’s unbeaten streak of 16 matches.

On day 5, Australia failed to chase the grand total of 384 runs and lost the game by 171 runs. India led by Sourav Ganguly had squared the series and were looking ahead. 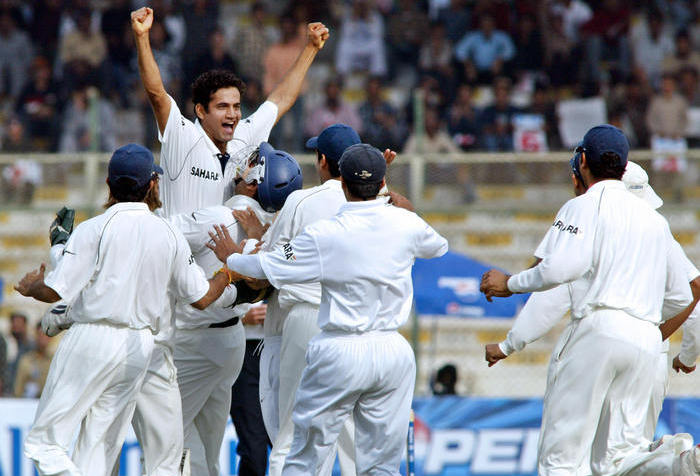 Irfan Pathan did something back in 2006 on Pakistani soil which was never done by any Indian cricketer earlier. In the 3rd Test of the series, played at the National Stadium, Karachi, India won the toss and opted to bowl first.

In the first over of the game, Irfan Pathan slaughtered the Pakistani batting top order and the home team was reduced to 0/3 after the first over. After first three balls going dot, Pathan eradicated Salman Butt (0), Younis Khan (0) and Mohammad Yusuf (0) in the next three balls.

Though Indians started the match superbly, they lost the match by 341 runs. 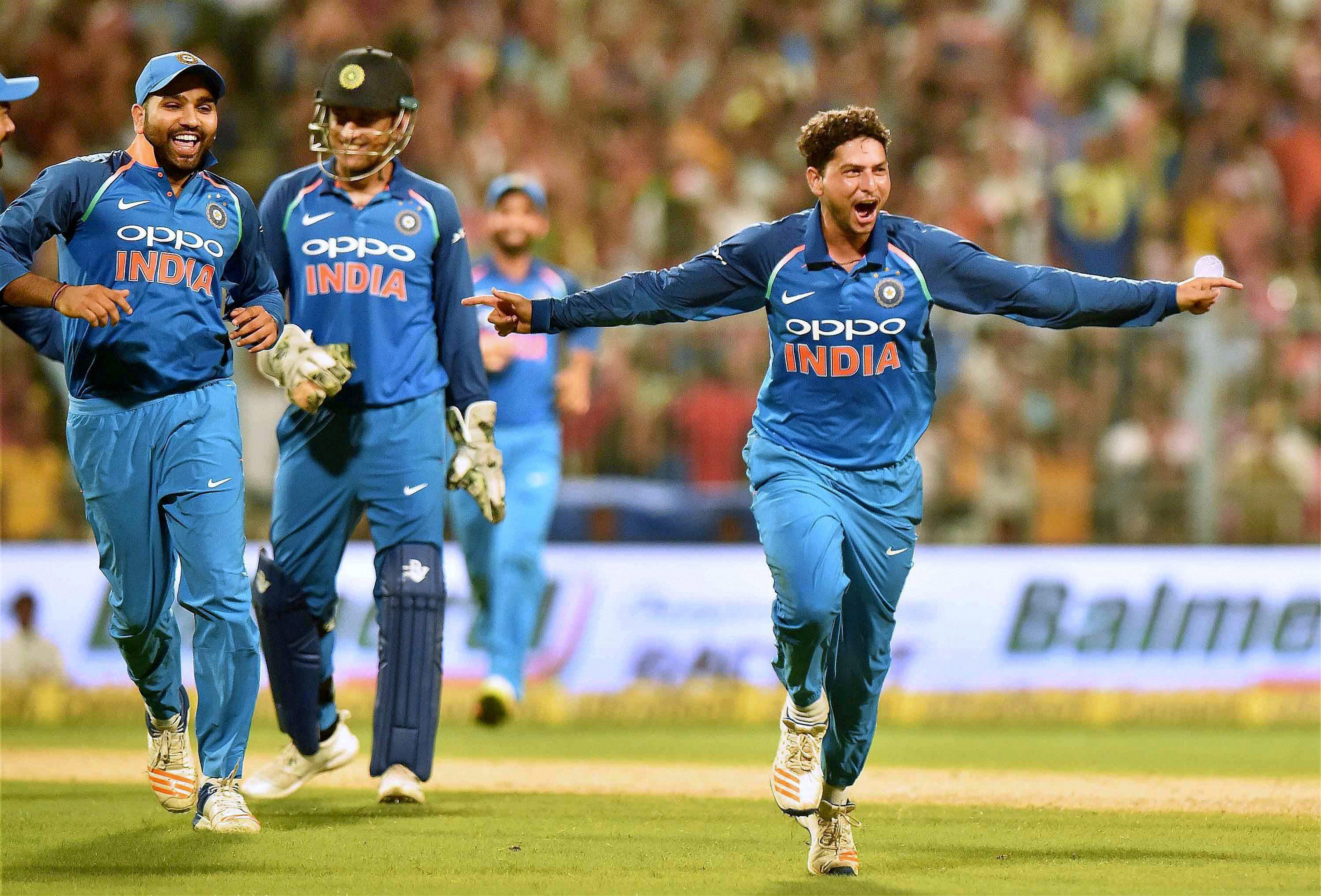 And finally, here comes the Chinaman, Kuldeep Yadav, who bamboozled the Aussies at the Eden gardens on September 21, 2017. He became the third Indian bowler to take hat-trick in ODIs.

Kuldeep removed Mathew Wade (2), Ashton Agar (0) and Patt Cummins during the 33rd over of the match’s second innings.

After batting first, Indian cricket team set an easy target of 253 runs for the Aussies to chase. However, the Australian batting line-up collapsed within 202 runs and the visitors lost the game by 50 runs.