There is no stopping the ‘Universal boss’ Chris Gayle. Chris Gayle just got selected for the One Day International squad for their series against England. Currently, the Kingston lad is the captain of Caribbean Premier League franchise St. Kitts and Nevis Patriots. He has shown glimpses of the fact that he can still be dangerous and is still a reliable player, henceforth has got the call to play for West Indies again. He will make a comeback to the team after a gap of 2 long years.

Recently he was seen in an interview with British journalist Piers Morgan. So what was Gayle and 52-year old Morgan up to?

Gayle sang and danced to the ‘champion’ song. Soon we saw cheerleaders with pom-poms join in. Morgan too could not hold himself back and he too began to match Gayle step for step, for which Gayle thanked him. Bravo was also present at St. Kitts and joined the duo with the celebration. Morgan still believed he defeated Gayle in the dance but Bravo called it a close contest. He still went onto reveal the name of the winner according to him and it was Morgan.

WATCH: @piersmorgan takes on @henrygayle in a Dance Off. This is not to be missed. https://t.co/syJ4TiTSG0

This is not a challenge but we want to know, who you think was the winner of the dance face off. It surely was a ball of a time and it was fun watching the two legends from their field of excellence get together and enjoying themselves. 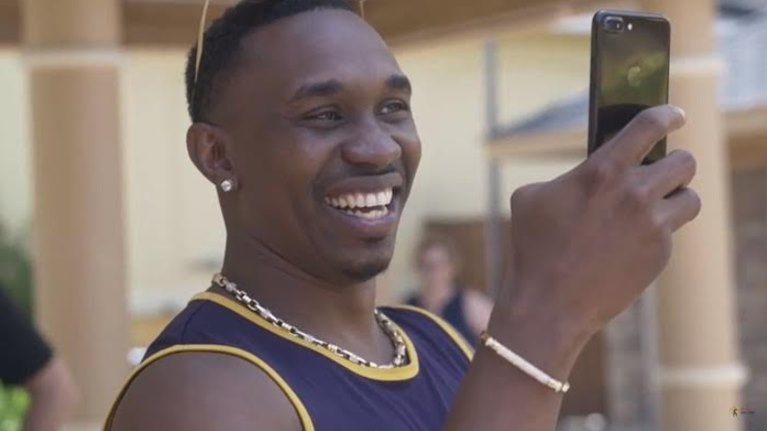 Gayle’s fans would be hoping that he comes good in national colours and can provide more and more excitement to his fans.