Chelsea ace Eden Hazard is back doing what he does best – dribble, score goals and provide assists. The 25-year-old Belgian vice-captain is enjoying new lease of life under Italian manager Antonio Conte. Hazard presently has 3 goals to his name in only 8 league appearances this season. While, Chelsea is currently in 5th position in the 2016/17 Premier League table. The competition this year is immensely tempting for pundits and fans alike with the London, Manchester and Liverpool clubs all gunning for glory.

Hazard who was awarded the reputed PFA Player of the Year in the 2014/15 campaign for scoring 19 times, had helped the Blues become the Premier League champions. Last season, however, both Eden and Chelsea were only average at best. The Stamford Bridge outfit just managed to finish the disappointing campaign in 10th position in the Premier League with Hazard finding the net a mere 6 times in all competitions. Jose Mourinho, the self-proclaimed ‘Special One’ was sacked by Chelsea owner Roman Abramovich. And for the first time in the Roman era, Chelsea was denied the elusive Champions League football. But, Hazard and Co. are now training together under their new Italian boss and their hard work is producing decent results. 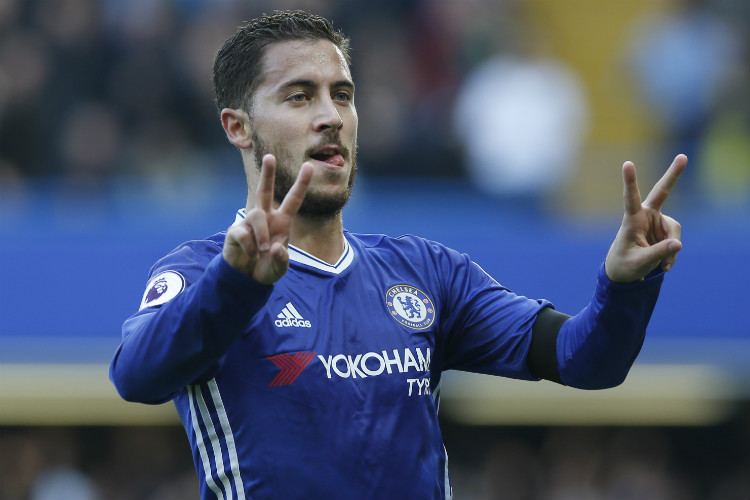 Having lost 2 matches and drawing another, Conte changed tactics. The 47-year-old Italian manager opted to go with the versatile 3-4-3 formation and it has certainly worked wonders in the last two fixtures. Chelsea beat Hull City 2-0 before defeating reigning Premier League champions Leicester City 3-0. Hazard recently told Chelsea TV that a free-role as a forward behind striker Diego Costa is something that he is seriously relishing. The Belgian also reiterated that his confidence is back and that the change of tactics was necessary to continue on the right track.

Chelsea will face Manchester United next on 23rd October 2016. Jose Mourinho’s return to Stamford Bridge will certainly draw maximum attention. But both the managers understand that a win over their title rivals will be beneficial in the long run. Zlatan Ibrahimovic will look to oust the Blues while Hazard will remain hopeful of steering Chelsea to a possible 3-points.