Rio 2016 Olympic finalists Pusarla Venkata Sindhu and Carolina Marin are ready for another showdown. The badminton pair will participate in the upcoming season-ending Dubai World Superseries Finals, scheduled to start this week at the Hamdan Sports Complex in Dubai, UAE. The talented duo was probably destined to play each other once again this year. India’s PV Sindhu and Spain’s Carolina Marin find themselves being placed in Group B of the event alongside Japan’s Akane Yamaguchi and China’s Sun Yu. While in Group A, World No. 1 Tai Tzu Ying of Chinese Taipei has been grouped together with Thailand’s Ratchanok Intanon, China’s He Bingjiao, and South Korea’s Sung Ji Hyun.

PV Sindhu lost to Carolina Marin 21-19, 12-21, 15-21 in the Rio 2016 Olympics’ singles final. The 23-year-old Spaniard managed to oust her 21-year-old Indian opponent strictly by not allowing Sindhu to play her natural game. Marin edged her counterpart simply with her tactics. India was still very proud of Sindhu, after all, she did become the first Indian woman to ever win an Olympic silver medal. It was also the best finish by an Indian shuttler at the Olympic games, and with that, she did manage to register her name in the history books. Her passion for the racquet sport was undeniable, but it was also her grace at the end of the game which appealed to the badminton fraternity. After the match, Sindhu smiled and embraced Marin and congratulated her. Both the stars had performed valiantly, and it was badminton’s victory at the end of the day. 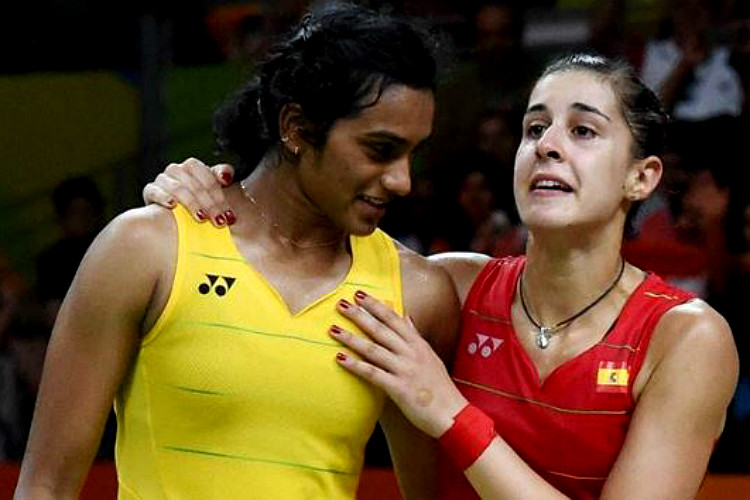 Pusarla Venkata Sindhu was patiently waiting for an opportunity against Carolina Marin, she is ready to shuttle her down.(Photo: AP)

What’s done is done. PV Sindhu will certainly look to avenge her Olympic defeat when she inevitably meets her rival Carolina Marin this week at the Badminton World Superseries. She will try to beat the woman who denied her an Olympic gold medal. As far as the competition goes, Sindhu will definitely aim to shuttle Marin down this time, and target to win her first ever World Superseries.