Kannan Sundararajan was running in a Bengaluru marathon on October 16, 2016, when he sighted an accident at the Domlur flyover. Kannan being a certified CPR administrator rushed to the spot and encountered an accident victim, who was later identified as Kiran Yadav, a 22-year-old B.Com student. 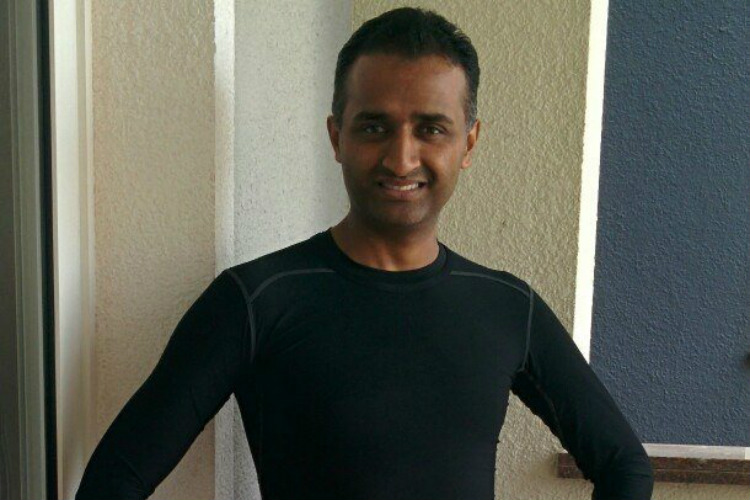 With the help of the local police, Kannan rushed Kiran to the nearby Manipal hospital in an ambulance where he was shifted to the emergency room immediately. He was apparently thrown off his bike and was run over by a tempo said to be carrying cooking gas cylinders. The road accident left Yadav with a severe leg and a minor head injury. 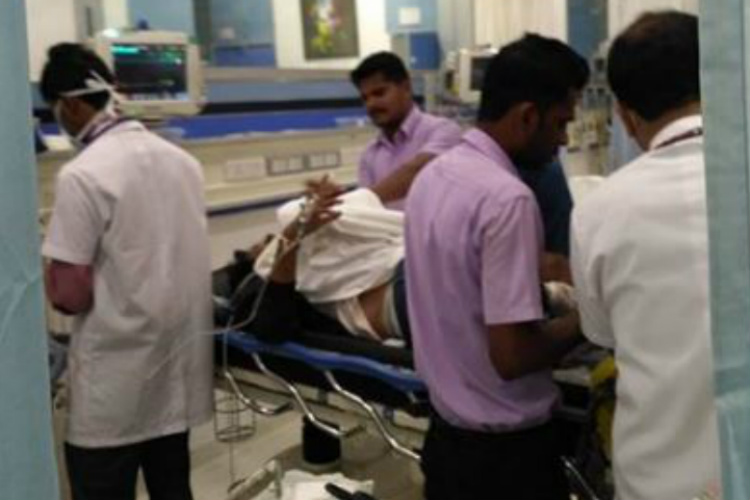 Kiran Yadav met with a road accident at the Domlur flyover in Bengaluru. (Photo: Facebook/Kannan Sundararajan)

Kiran had to undergo an immediate plastic surgery to reconstruct his shattered leg. According to Kannan, the hospital quoted an approximate sum of 5 lakh rupees for the usage of the emergency services alongside the cost of the surgery. The assumed money was too much for Kiran’s family. So Kannan decided to further help out the victim by organising a fundraising campaign through ‘Ketto’. The organiser of Kannan’s marathon himself donated 1 lakh rupees for Kiran’s treatment. Within days after the surgery, Kiran started recuperating. 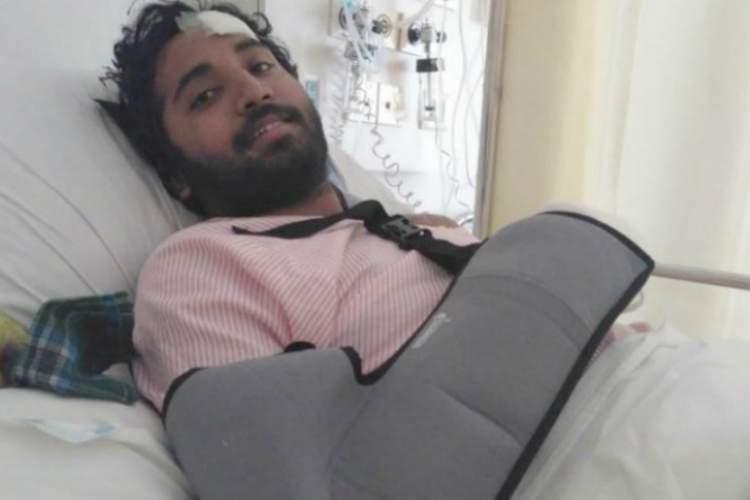 The Ketto campaign that Kannan had started initially set a target to raise 5 lakh rupees to help cover Kiran’s hospital charges. He had also made an effort t0 post every detail of the story in his Facebook account. Within a week, 235 people donated an amount totaling to Rs. 5,56,365. Kannan was surprised with a staggering  response from the people. 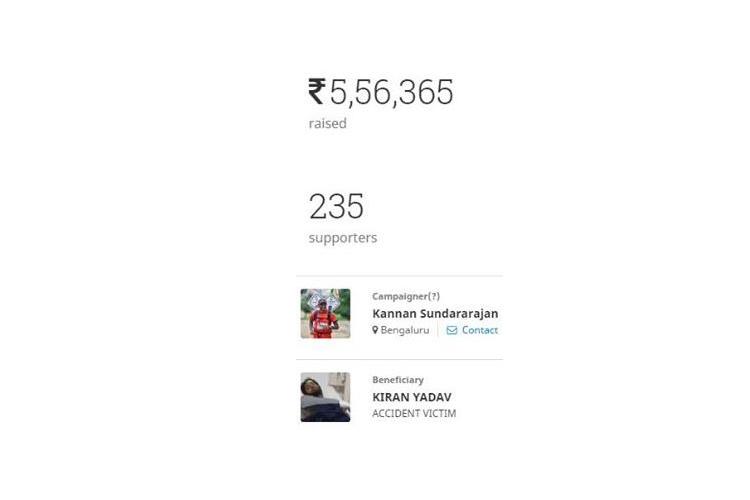 Kannan posted in Facebook saying, “Dear Supporters, After about a week since #helpkirantoday was launched, I’m walking away with fulfillment and happiness which are beyond describable. Kiran’s final surgery has been performed and he is recovering. Let’s raise the spirits!”. Kiran’s father was grateful to all the people who wished and prayed for his son and also thanked those who contributed for his hospital fees.

Kudos Kannan for all your efforts. It really does take a lot of heart to go beyond and help out a stranger. And we also wish Kiran a speedy recovery!