Saturday was yet another proud moment for India at the Asian Games as Dipika Pallikal clinched a bronze medal, her second at the Games, in the women’s singles event on Saturday. The 26-year-old won bronze, which secured India’s 26th medal (current medal tally – 37), after losing the semifinal match to Malaysia’s Nicole David, a former world number one, currently ranked ninth. However, her success only went on to highlight the everyday sexism that our female sportspersons have to face.

As if cricket stealing the limelight isn’t enough, women sportspersons are often given lesser priority than their male counterparts. Covering the story of her bronze victory, the news portal Catch News published an article referring to her as “Dinesh Karthik’s wife” in the headline, reinforcing the norm that women belong to their husbands and need to be identified as such upon marriage. 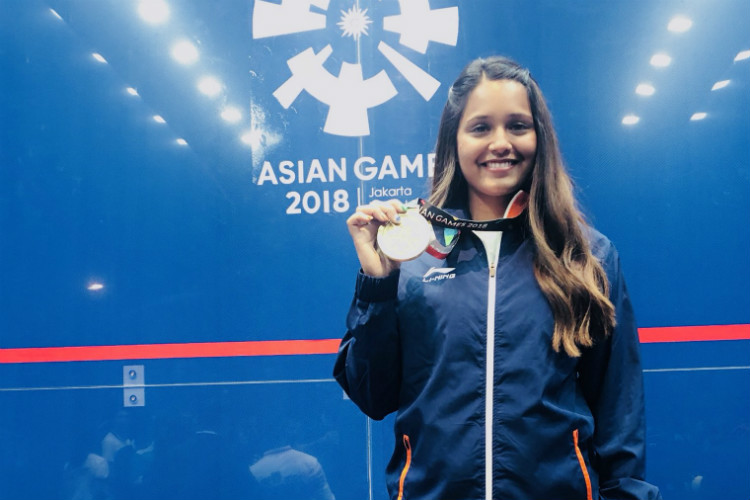 People were quick to call out the news portal’s gimmick to grab more pageviews (’cause obviously a woman playing squash is of lesser search value than a man playing cricket) even though the identity of her husband is of no relevance to her individual achievements.

Shame on you catch news, report her news as a great athlete as she is .

Seriously such a shame. She has her own identity and she has own a medal for her country. Will you people ever address Dipika Pallikal’s husband Dinesh Karthik

Shame on you to write the headlines this way…Give the deserved respect to her…Can you write your name in the column as Sharma’s daughter/son/wife instead of your own name? Please don’t do this again

What’s the significance of “Dinesh Karthik’s wife” in this Tweet?!?!… @DipikaPallikal has participated as a sportsman, not as @DineshKarthik ‘s wife… Learn to give credit to persons based on their sports skills, not on their relationships…

Pallikal is not only one of the top squash players in the country, but was also the first female squash player to be celebrated with the Arjuna Award, India’s second highest sporting award, in 2012. Only four squash players till date have managed to earn that honour. In 2014, she was also conferred with the Padma Shri, India’s fourth highest civilian award.

ALSO READ: Thanks To Bopanna-Sharan, India Grabs Its First Gold In Tennis At Asian Games 2018

Meanwhile, Pallikal hopes to stay focused on winning Gold in the women’s team event. “We have a gold to achieve in the team event. You can’t think much about what has happened in the singles. It’s hard to regroup and come back but we have to do it. We don’t want to celebrate as yet, we have a bigger target to achieve,” she said.