Former Indian cricketer Ravi Shastri has been appointed as team India coach, he has pipped Virender Sehwag to Indian crickets top portfolio. All of this kick-started after Virat Kohli-Anil Kumble rift and Kumble having to step down. The decision of Anil Kumble’s successor was rolled out yesterday, after the Cricket Advisory Committee comprising of Sachin Tendulkar, Sourav Ganguly and VVS Laxman had taken a joint decision. So, many applicants had applied for the job, out of which five candidates were shortlisted for the final round of interviews. Ravi Shastri was pitted against Virender Sehwag, Tom Moody, Lalchand Rajput, Richard Pybus. Phil Simmons was also shortlisted but could not turn up for the interview, that is what the coaches confirmed. According to close sources, the final toss up was between Ravi Shastri and Virender Sehwag and the former pipped the later.

But now we are going to spell out why Ravi Shastri is not the right choice and Indian cricket could soon hit the doldrums. Here’s why:

Has he ever coached a team?: He was team India director before Anil Kumble was selected for the portfolio by the same Cricket Advisory Committee. Ravi Shastri technically has not been a coach of any side, whereas Tom Moody has coached many teams, recently Sri Lanka. So, Moody had the right credentials coming into the fray, but he was not selected ahead of Ravi. This probably because he cannot converse in hindi.

Infighting could happen: Ravi Shastri’s proximity with Virat Kohli has been looked at as one of the major reasons for him being selected as team India coach. What this could do is, pave the way for two factions to develop in the ranks. That could be detrimental for Indian cricket.

Lack of trust: It is also being spoken in cricketing circles that the CAC did not want him but because they did not have a ful-proof backup hence Ravi landed up with the job. Also due to lack of trust it is being said that they have provided him with a batting and a bowling coach. 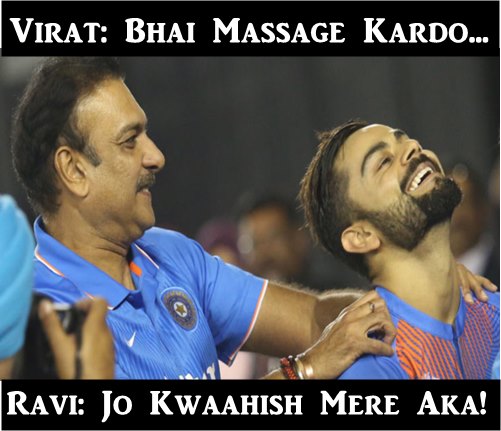 Ganguly had his reservations: It is a known secret that things are not hunky-dory between Ravi Shastri and Sourav Ganguly and the roots of this can be traced back to when Sourav made his India debut. A close BCCI source has made this fact even clearer saying, “Ganguly had his reservations over Ravi Shastri”. Guess that explains it all. He was not the choice of the CAC, but probably CAC had to give into Virat Kohli, who may have had the final say on the subject. 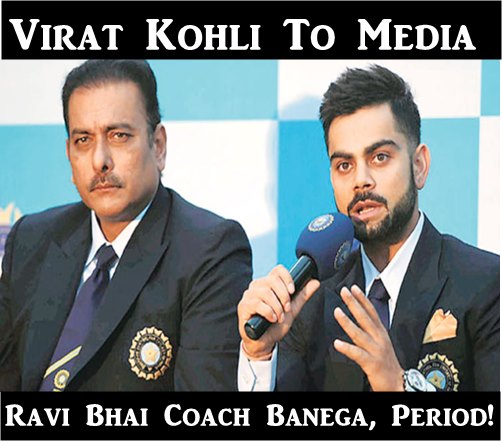 Indiscipline: Even in 2015 when BCCI was looking for a coach and they asked one and all to come and be present at the interview. He was in Bangkok and chose to give his presentation on Skype, which did not go down well with CAC. This time around as well, Ravi Shastri applied right at the very end, by then all had applied, so he was again late. This sought of indiscipline won’t help the cause of the Indian team, who would look at 2019 World Cup as their goal and prepare accordingly. 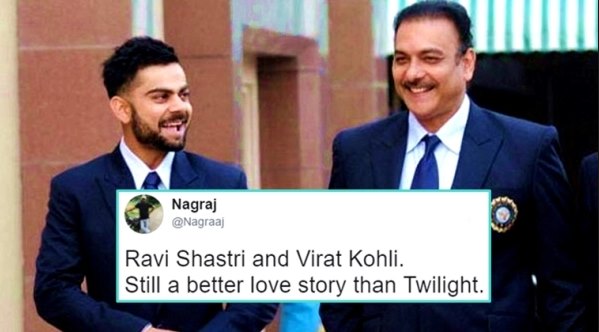