When food delivery app Zomato launched Zomato Gold, a facility for its exclusive members, consumers were attracted to the subscription like moths to a flame. But, irate users are now expressing extreme displeasure, alleging that Zomato has sneakily changed its policies of the Gold membership.

The food delivery app had declared that they would be altering its Gold membership policies last week that will be implemented from this week. From Monday onwards, Zomato modified its rules and declared that if someone was dining by themselves, they would not be able to avail Zomato Gold benefits. The company also said that if there were two diners or three diners on the table, only one could avail of the facilities.

This, however, has left users fuming as they feel cheated because of the company’s sudden change in policies after the users got the subscription. Some even pointed out how the new rules should be applicable for new members and not the existing ones.

@Zomato @ZomatoIN @zomatocare @zomato This is not done. You can not change conditions with which we have subscribed post subscription. You could have made it applicable to new users but not old users. If this is going to happen I don’t won’t my zomato gold ID. I’ll ask for refund pic.twitter.com/HwZ9tDBddr

@deepigoyal how can you guys just change the Zomato Gold policies like that? I always go out in groups of 2 and all my friends have Zomato Gold. It’s so useless to me now. Highly unprofessional of you guys!! @ZomatoIN

@ZomatoGold @ZomatoIN @zomatocare While we respect your right to alter the T&C for Zomato Gold, at least honour the validity of our respective memberships before changing a policy MAJORLY. We trusted you and paid up front for a year. Don’t betray the trust!#Zomato #ZomatoGold

From a customer point of view, this is as dickish as a move gets. First you advertise it and bombard everyone’s mail asking them to refer their friends and grow the Zomato Gold network. Then, you change the rules overnight which is absolutely unethical

@Zomato @ZomatoIN @zomatocare @deepigoyal new Zomato policy is really making me angry,if I alone want to go and eat,I cannot use my Zomato gold.I paid for it and still I cannot use it for myself alone.U people have cheated Ur customers.U owe us response. #zomatogoldcheater pic.twitter.com/VbZEOzJy5p

Guys, if any of you wants to use Zomato Gold, just let me know. I’ll unlock the code and share with you. It’s useless to me any which way, and if the brand doesn’t wanna play by the rules, why should I?

With Zomato Gold’s tantalising offer to curate limitless dining privileges with “1+1 on food or 2+2” on drinks, users were quick to grab the offer. Zomato Gold became increasingly popular with more users opting for the annual membership at Rs 1,900. Such was the popularity that the company had to eventually make the membership ‘invite only’.

People also started downvoting the app on Play Store along with giving it negative reviews. 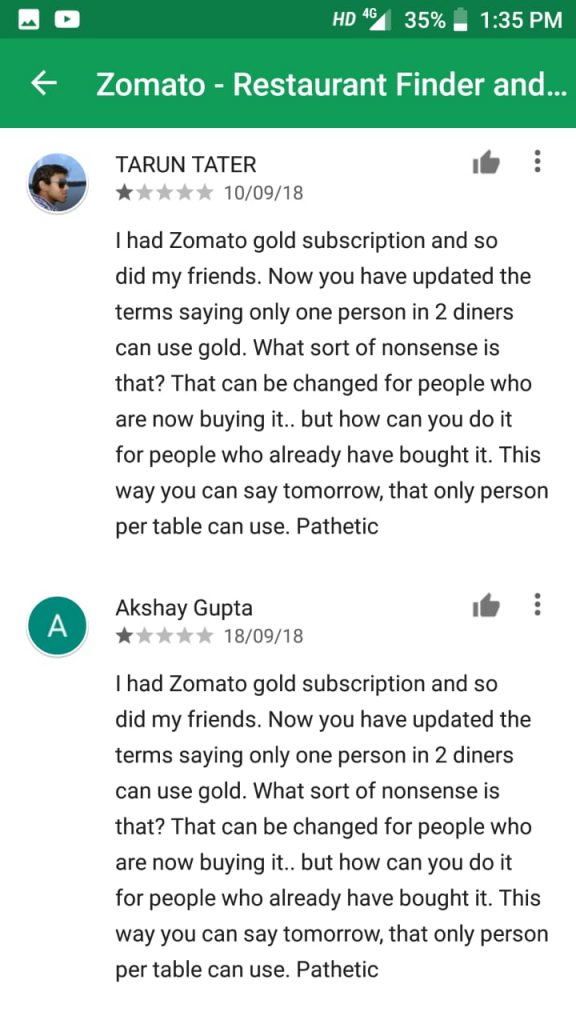 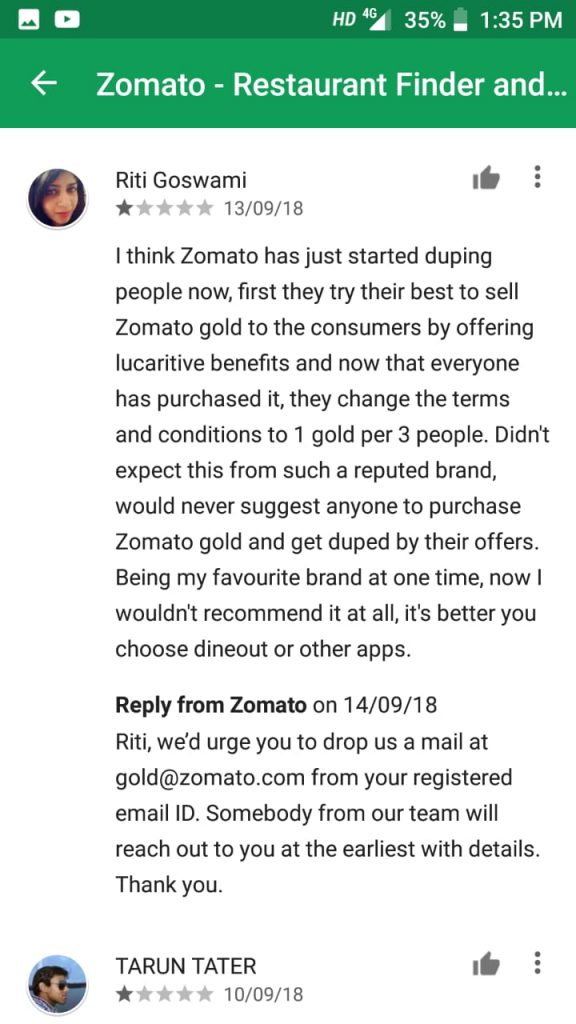 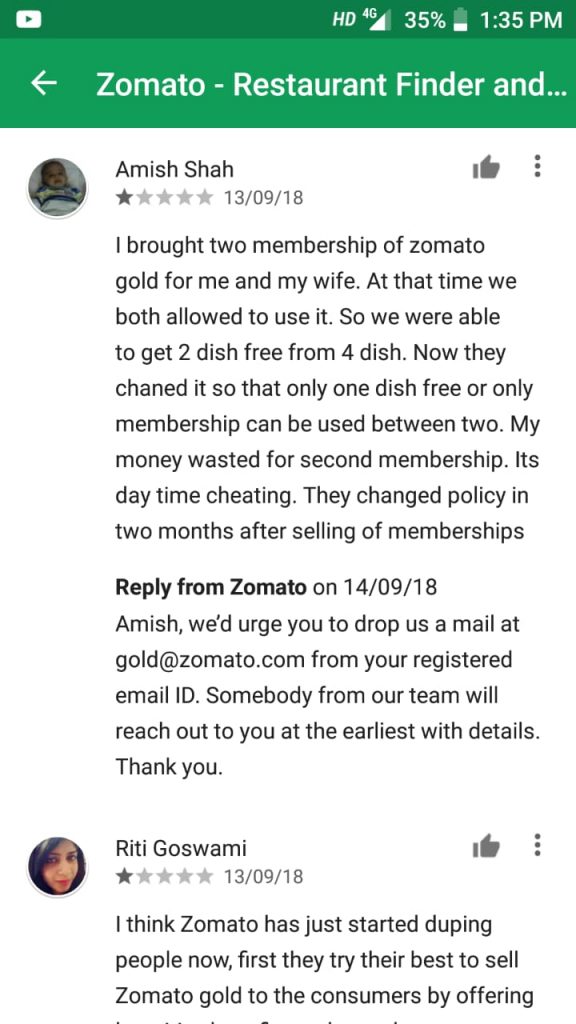