The second season of Netflix’s Stranger Things is riding high on amazing reviews both from critics and from fans. But amidst the applause, the creators of the show – the Duffer Brothers  – are facing a lot of flak for making a minor cast member uncomfortable.

For those unfamiliar with the way Netflix works, often after a season gets over the show-runners give us a glimpse into the making of the series. In a special episode titled Beyond Stranger Things, Sadie Sink, the actress who essayed Max’s character revealed the kiss with Lucas (played by Caleb McLaughlin) in the last episode – The Gate, was not in the script. It was added by the makers after they realised she’s ‘uncomfortable’ with it. This last-minute change in the script by the brothers after 15-year-old Sadie expressed reluctance at doing an intimate scene has sparked an outrage on social media. 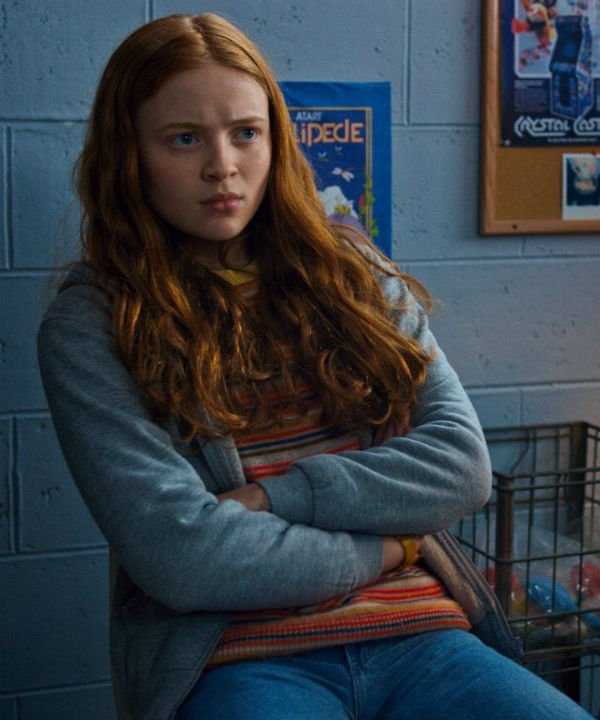 The said scene plays out on the last episode at the ‘Snow Ball Dance’ (a prom episode) of Hawkins Middle School, in front of the entire cast and crew. Talking about it, Sadie said,

To this, Ross Duffer replied,

You reacted so strongly to this. I was just joking. And you were so freaked out I was like oh, well, I gotta make you do it now. That’s what happened. That’s why it’s your fault.

Though the conversation in the video was light-hearted, Twitter users were quick to point out how the Duffer brothers, as the dup’s called, forced a child actor to do a kissing scene which she was apprehensive about. AND, it had to be reshot several times because they found it difficult to capture Caleb McLaughlin’s (Lucas) expression.

Also read: Glo’ up stories: THIS is how you come out as gay on social media, Kevin Spacey

In the light of the #MeToo campaign, the news has made many angry on Twitter:

This happens on sets all the time. Being presented with a “script change”. Call it what u will, it’s not ok. Enough. https://t.co/SbFq8omrEG

It made her uncomfortable, so they HAD to make her do it? I can’t even begin. There is so much wrong with this.

No wonder so many child actors and actresses stop or have issues when they become adults. It is about time these things are coming to light.

There is something messed up in the 2nd ep of the #StrangerThings aftershow that I want to address.

Please stop trying so hard to defend someone who made a teenager uncomfortable. Unprofessional & inappropriate https://t.co/HjfsQAr6IK https://t.co/burCYIp7a2

The two grown men that created Stranger Things forced a child to kiss another child while they filmed.

The Stranger Things creators later blamed it ON THE CHILD, saying that they forced her to do it presicely because she didn’t want to.

Two child actors, in the presence of the entire cast and crew, and maybe even their parents, were forced to kiss only because of Sadie’s aversion to it? Yeah. That makes sense. The Duffer brothers are yet to comment on the outrage their decision has sparked.